Tasman Fighters decided to include the Beautiful Samoa logo on the canvas and on media boards. (Photo: Supplied)

Samoan-Australian boxer, Justis Huni, has defended his heavyweight title against Arsene Fosso in a heavyweight clash in Brisbane, Australia on Thursday night.

The 21-year-old – who is Australia's youngest national heavyweight champion in more than a century – gave a stunning performance in just his second pro-fight going on to secure a fourth round stoppage win over Fosso.

According to a Fine Mat Creative media release, Huni had suffered a bloodied nose early in the fight, there was little doubt that that  Brisbane-native could handle the pressure of the main event. 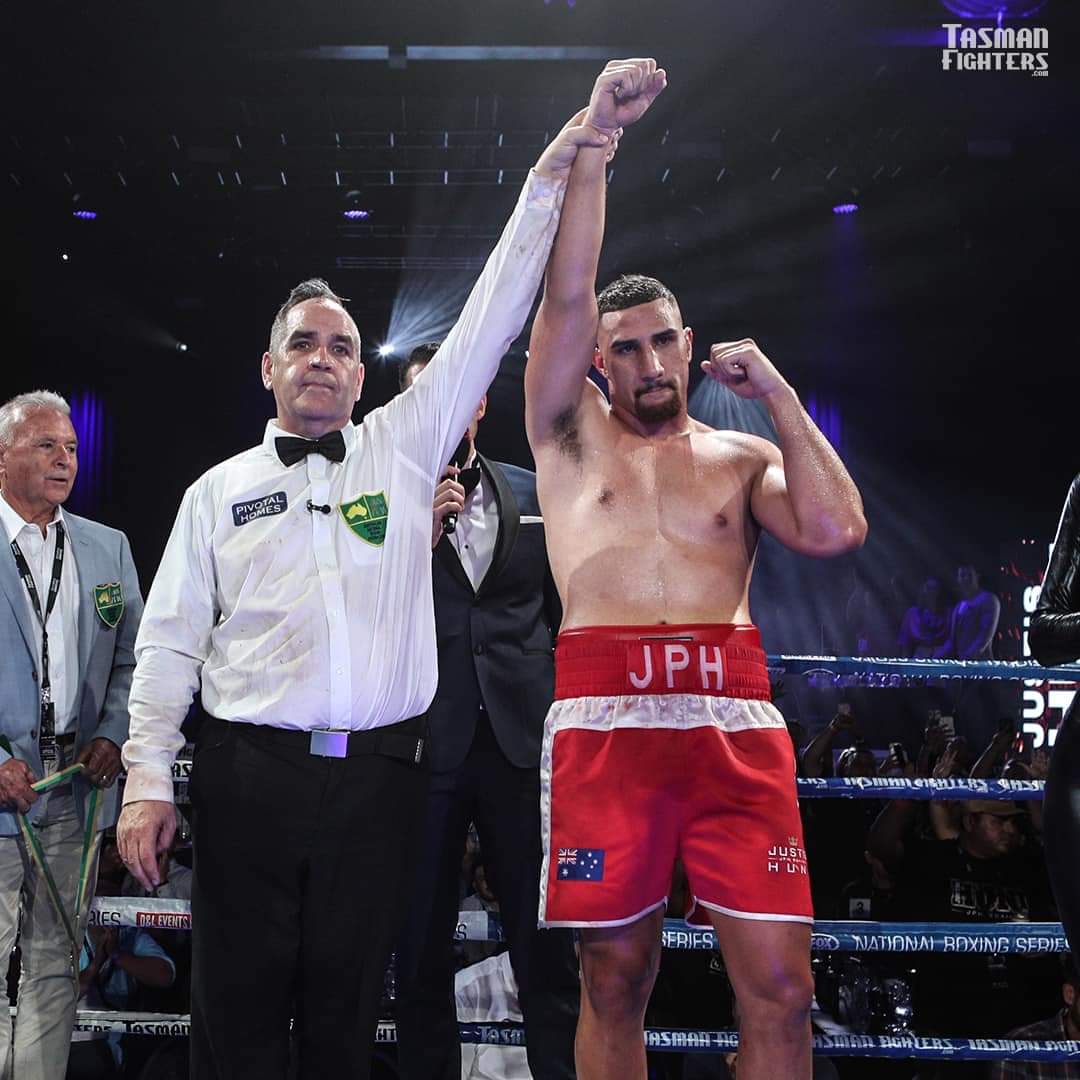 He remained in control showcasing his exceptional boxing skills, landing clean uppercuts and savage body shots before referee Phil Austin stepped in to halt the contest.

Another highlight of the event was a proud Samoan undercard of the highly rated welterweight Andrew Hunt.

Hunt, who is a New Zealand-born Samoan, earned a TKO win in the third round against Luke Woods.

He proudly waved the Samoan flag in the ring with the image of the “Beautiful Samoa” logo branded on the centre of the canvas, serving as a reminder of the enduring partnership between Samoa Tourism and Australian based promoters, Tasman Fighters.

Despite the absence of Samoa-backed Jai Opetaia on the fight card, Tasman Fighters decided to include the Samoa Tourism brand on the canvas as a sign of good faith and continued commitment to the marketing of Samoa as a tourism destination.

Samoan liaison for Tasman Fighters, Leisa Francis, stated that Tasman Fighters see their partnership with Samoa as ongoing and would like to create opportunities for other young rising stars in Samoa to appear on the card at a Tasman Fighters event. 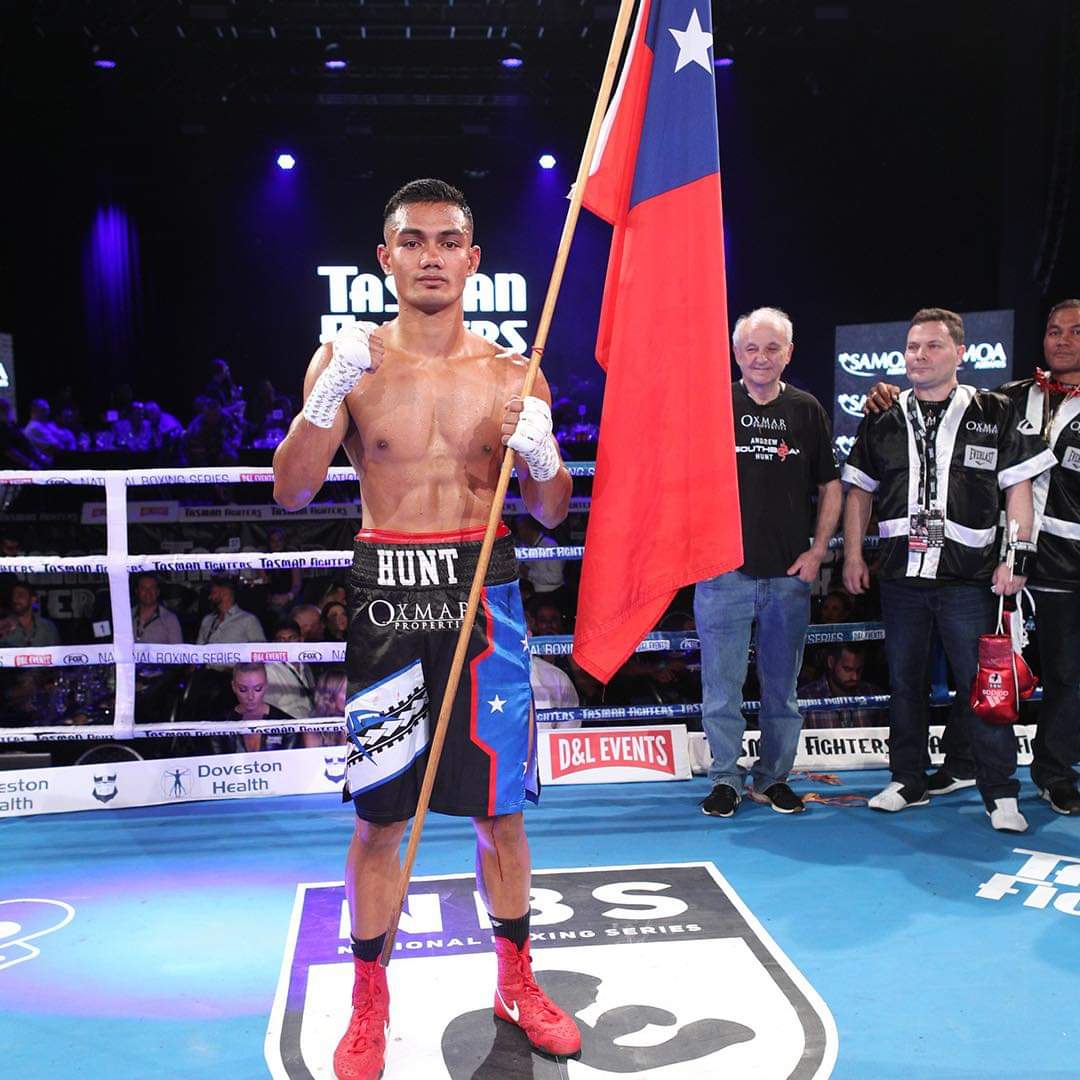 “Given that it is a televised Event, as a sign of good faith Tasman Fighters decided to include the Beautiful Samoa logo on the canvas and on media boards,” she said.

Additionally, we also included the Samoa Airways logo on some of the media boards therefore they will have substantial branding opportunities."

According to a media release, despite the frustration over COVID-19 hitting the pause button on his world title ambitions, Leisa says that the southpaw will continue training towards the world title eliminator fight, and is looking forward to returning to Samoa when the borders reopen.

“Jai Opetaia’s next bout will be a world title eliminator fight and this is expected to be in 2021.   It is hard to pinpoint the date as yet given the international border restrictions still in place. Tasman Fighters is committed and very fond of their partnership with Samoa,” she said.

“As soon as the international borders open and we can travel back to Samoa, Jai Opetaia will return to Samoa for a training camp. Jai loves returning to Samoa and training in Samoa given the climate and great training facilities in Samoa.”