The Samoa Association of Sports and National Olympic Committee (S.A.S.N.O.C) celebrated the launching of a new website on Friday.

The Chinese Ambassador, Chao Xiaoliang and the Minister of Education, Loau Keneti Sio, were among guests at Tuanaimato.

The website was developed and created by Lemalu Emani Tevaga. 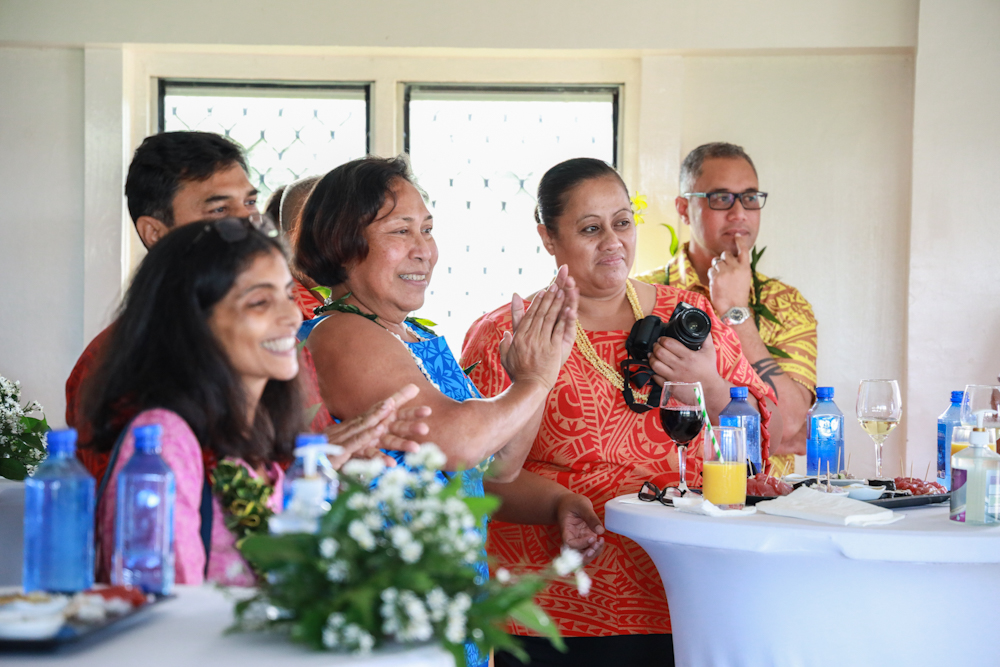 Speaking at the launch, the S.A.S.N.O.C President, Fepulea'i Patrick Fepulea'i congratulated their team at the event for another stepping stone.

“One of the effects of COVID-19 pandemic is the lockdown and the limitation on travel but we have treated that as a positive and that we started to focus on the other areas of our organisation,” he said.

“Like any organisations, we need to involve with the time and this website for us is a very important tool to dialogue without members."

For them, the website is part of an evolution to better serve the national federations as the national Olympic Committee.

S.A.S.N.O.C previously had a website which they did not populate with relevant information until today. It's actually a very big improvement, something that we're very proud of, the President said.

“Just to give you a bit more on what's been happening in our national (federation), one of the things that we did where we adopted our new Constitution in 2016-17,” he added. “Like any document, it's a living document and we managed to live with it and then we decided to do a complete review last year.

“Like anything else, it actually involves the International Olympic Committee who need to approve any of the changes and I'm happy to say that these changes not only approved but it was also adopted by our membership in June this year.

“You will also find on our website that we've also signed off on our strategic plan for the next four years 2020-2024 and at the same time we also have a number of commissions.”

Commissions are basically like sub committees of the board and they have done a lot of work during the past two years.

Samoa is one of the first countries in the Oceania outside of New Zealand and Australia who have adopted these rules.

The president clarified further that they have an equity commission, this was previously called women and sports commission which continued to promote gender equality in sport.

They also have a very active athlete's commission which continues to promote various platforms in conjunction with their various partners.

“We have prepared and translated in Samoan the code of conduct for our athletes who represent Samoa,” he added.

These set S.A.S.N.O.C’s expectations of them as ambassadors for Samoa and you will find some of these documents all on our website.