On top of the Dux honour, Mr. Vaai came first in Physics, Mathematics, Chemistry, and Biology. He also won an All-Rounder award.

In an interview shared with the Samoa Observer, Mr. Vaai said his entire class deserves the dux award.

“I believe that there are other better candidates than me. And being a Dux does not mean that others are less valuable than me,” he said.

“For me, it’s just an award, and I believe all of my classmates deserve this award, not just me. Now we will see what the future brings. I will seek, but God will guide the way.” 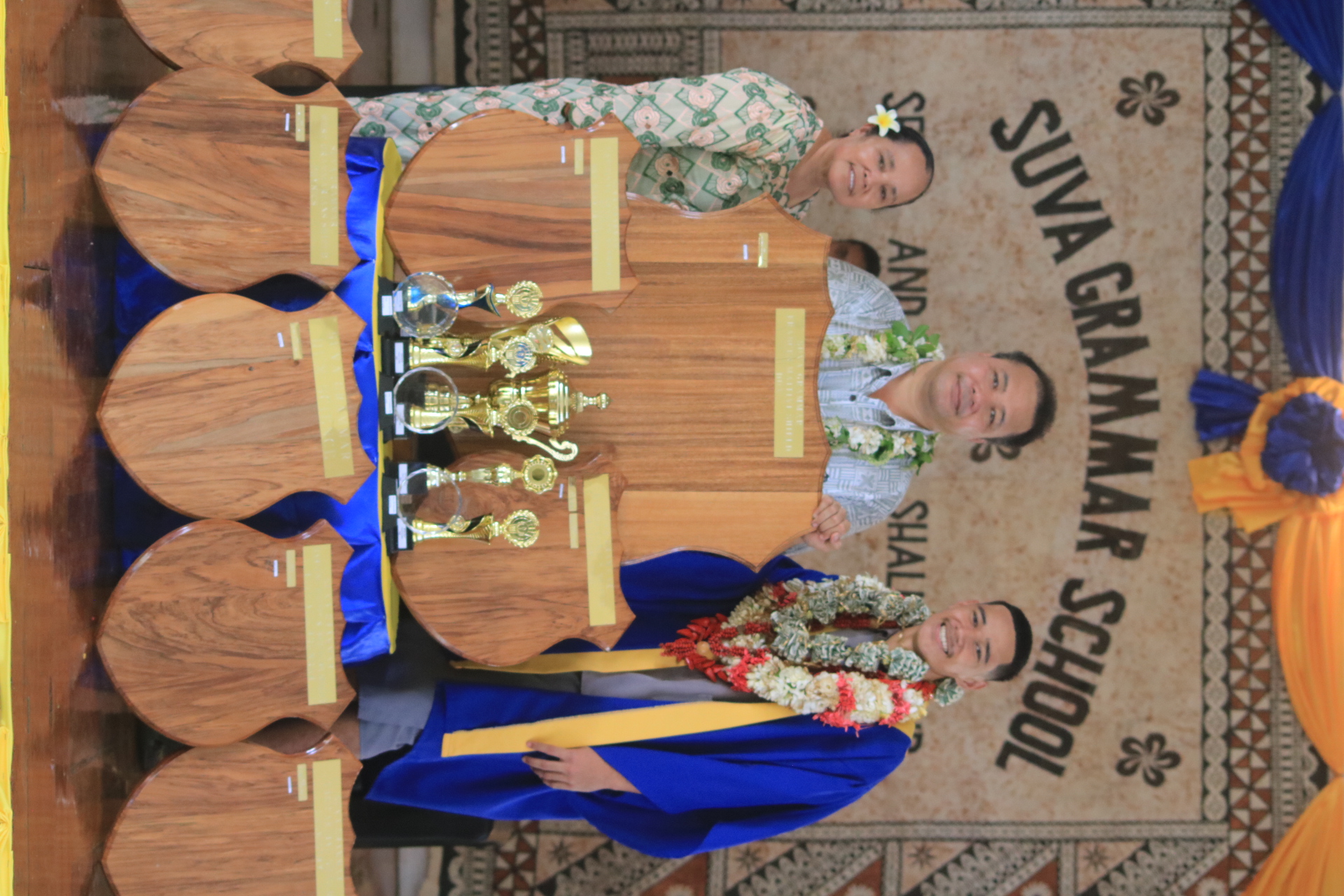 He has studied at Suva Grammar for four years and says the institution has become his family. As well as his academic career, Mr. Vaai is a keen rugby player, and has played for the school team and the National Rugby Club Namosi.

Not only rugby, Mr. Vaai has shown athletics prowess, representing Suva Grammar in long jump at the national competition.

He says he intends to study Chemical Engineering, and then return to Samoa.

“I thank God, the reason why I’ve achieved this. Growing up in a committed Christian Methodist family, I learned about the importance of faith and commitment,” he shared.

“This Christian and cultural underpinnings I think have shaped my mind set towards what I want in life… we young people need to properly ground our life in faith and culture.”

The son of Satupaitea, Ti’avea, Sataua, Vaisala, Fogasavaii, and Saanapu moved to Fiji in 2014 with his family, after his father joined the Pacific Theological College in Suva.

Reverend Professor Dr. Upolu Vaai, who is now the Principal of the College, is a Professor of Theology and Ethics, and previously attended Piula Theological College.

His mother, Tuamasaga Vaai, said her son is the independent one in the family.

“Luma is the one in the family who speaks his mind,” she said.

“He’s not afraid to share his views with his parents or siblings about any issue. He is independent. He has his own way of dealing with life. And he has this mutual trust in God shown in his own weekly routine of fasting and praying, something that we admire in him.”

Mr. Vaai is the third child in his family and was named after his grandfather Lumā Li’amanaia Lesā Matautia Vaai, who passed away in 2001 after a battle with cancer.

After growing up in Brisbane, Australia, he joined Samoa Primary School in 2008 before the family relocated to Suva.

In his comments about his award, Mr. Vaai thanked his parents and siblings profusely.

“To my mother who is the one who pulls our family together, who organizes the household, who always keeps us focus on the importance of Christian and educational principles, and the values of being independent and caring when we grow up.

“She holds this real notion of faatinā (motherly care).

“To my father who works hard to fund school fees for all my siblings, he always reminds us not to lose humility and to live humbly as a poor person. It is only then we can understand and experience the suffering of the poor people.”

He also gave thanks to his family here in Samoa, for their prayers, support and funds that helped him on his path.

Suva Grammar has a population of 1,300 students and is known for its athletics and rugby achievements. Its team is the Lions.