Nuuali'itia has accused Maulolo Tavita and Ututa'aloga Charlie Ulia of disregarding the temporary orders relating to a land dispute in the constituency.

“There are […] interim orders by the Court to stop any works on the disputed land," said Nuuali'itia.

"But they continued to neglect the orders of the Court and it’s unclear why they were not charged by the Police." 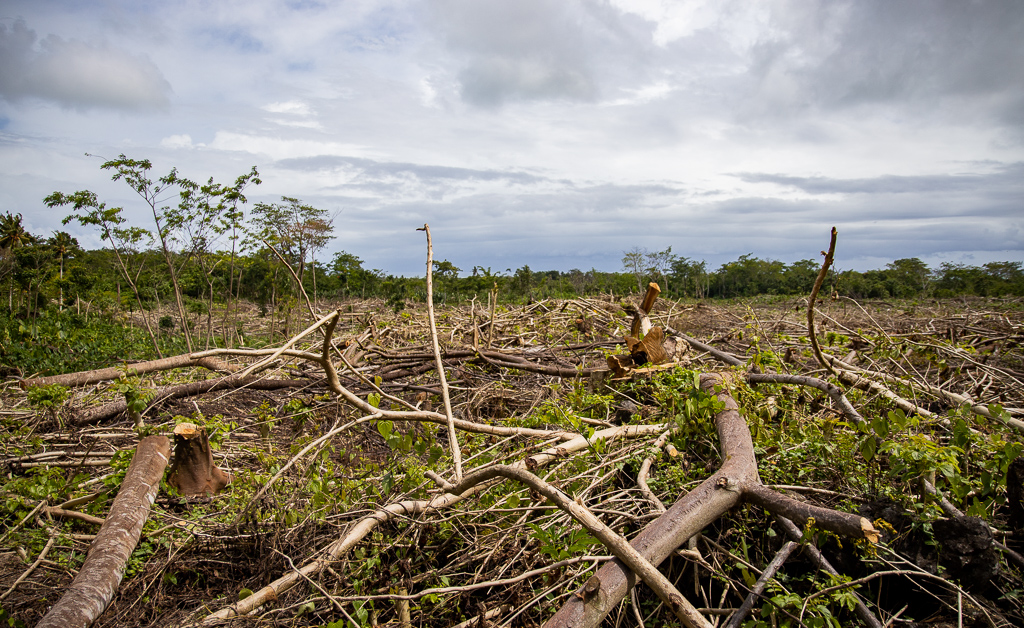 “Instead there was a mediation [...] at the Prime Minister’s Office earlier this month and all parties have agreed to await the Court decision.”

The Samoa Observer contacted Ututa'aloga for comment and he has yet to return messages left at his office.

Efforts to seek comment from Maulolo were also unsuccessful after he was not found when the Samoa Observer visited his place of residency and calls to his business were not returned.

But the above mentioned interim order was confirmed by the Chief Executive Officer of the Ministry of Justice and Courts Administration, Moliei Simi Vaai, in a letter to the Commissioner of Police, Fuiavaili’ili Egon Keil, requesting Police assistance. 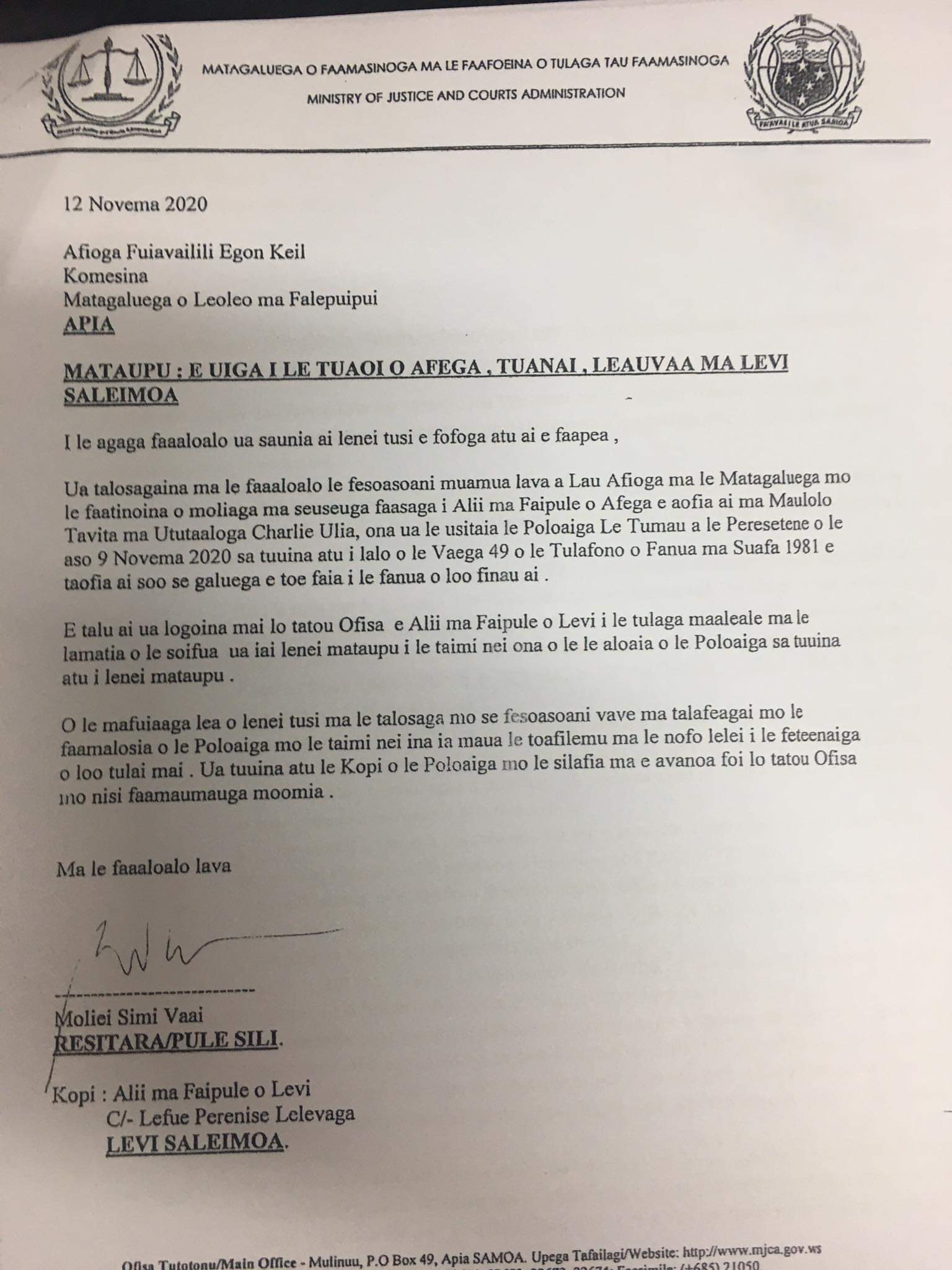 Dated 12 November 2020, Mrs. Vaai requested the Police to enforce the order, investigate the alleged breach and file the appropriate charges against the chiefs in question.

“I respectfully seek assistance from the Ministry to file charges and investigate chiefs of Afega including Maulolo Tavita and Ututaaloga Charlie for violating the interim order issued by the President [of the Lands Titles Court] on 9 November, 2020,” a translation of the letter reads.

The letter quotes Section 49 of the Lands and Titles Act 1981which authorises the stoppage of any ongoing works relating to cases pending before court.

Mrs. Vaai notes the Village Council of Levi has already informed the Police of the sensitive nature of the matter and that lives of people are at stake because of the chiefs not following interim orders of the Court.

“Hence the request for your immediate assistance to enforce the interim order of the Court to assure there is peace and harmony [between the villages]."

This week, Mrs. Vaai, in an email to the Samoa Observer said aside from the interim order, a reconciliation was also held.

“Mediation was conducted between Alii ma Faipule (village councils) of all villages involved and they reached an agreement to comply with the interim order of the Court,” she said.

“The Police were involved to ensure peace and harmony is maintained between the villagers.”

Meanwhile, Nu’uali’itia told the Samoa Observer the incident occurred in early November when their village was conducting works in Sale'imoa and they came across people from Afega near the area in contention.

“It would have been a blood bath," he said. "All the youth [were] armed with machetes because the village was conducting works on the land and there were more than thirty people from our village and a similar number of people from Afega that were there.

“We had to calm the youth because it would have been a disaster, if things got out of hand.

“And it did not even help that when the Police arrived there were only two of them, they called for back up and only four came yet they were in the middle of a sensitive issue between villages.”

Efforts to secure comments from the Ministry of Police and the Office of the Prime Minister, were unsuccessful as of press time.

According to the Village Mayor, there was a meeting held at the Prime Minister's office between all the parties involved, at which the Prime Minister Tuilaepa Dr. Sailele Malielegaoi urged the villages to be patient, keep the peace and wait for the Court's decision.