The Samoa Meteorology Office says it is taking steps to ensure the public receives timely and understandable weather information by keeping the media informed of their work and meteorology jargon.

During a two-day awareness workshop hosted at Taumesina Island Resort, common concerns were raised by representatives from various media outlets with the Samoa MET Office and vice versa.

The media were introduced to early warning systems used by the MET Office, as well as the various services provided by the Office including weather Services, Climate services, Geoscience services and Ozone services.

Speaking to the Samoa Observer, Assistant Chief Executive Officer, Faapisa Aiono, admitted that the inaccurate reporting of weather information to the public falls squarely on the media outlet as well as the Samoa MET Office. 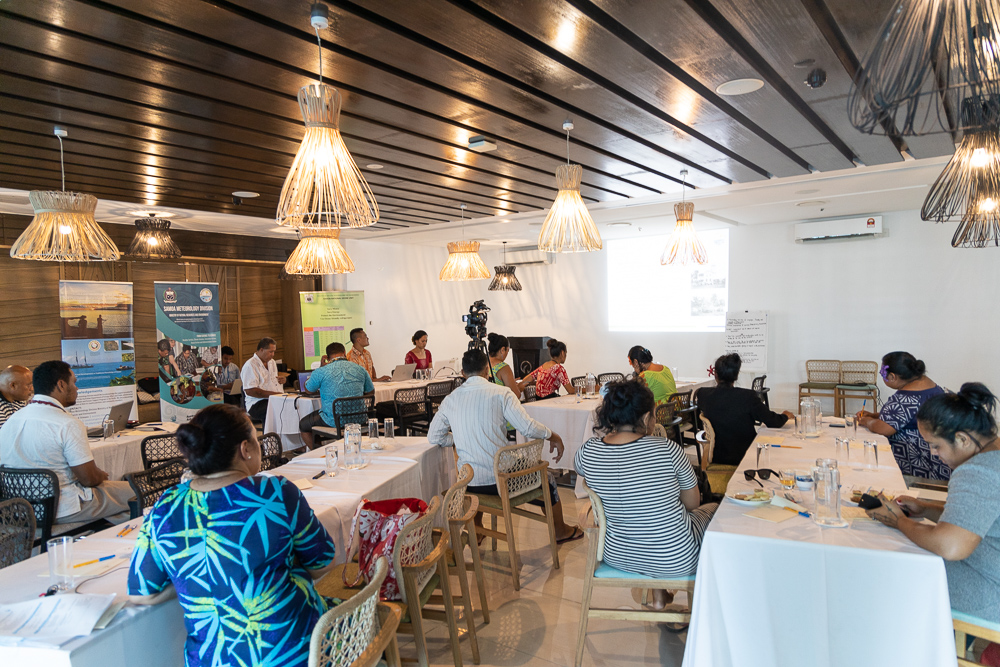 "The content and challenges faced by the media that were communicated today really helped us because it helps us to improve our services," she said.

"[I speak] in terms of timing and accuracy and also simplicity. I believe that's the common challenge faced by the media; it is understanding the terminologies [that can be] too technical.

"So the concerns and everything that were presented today is really good for us to review and go back to deliver the information, make it simple."

Ms. Aiono added that with a strengthened and closer partnership with the media, the Samoa MET office is able to get the information to the media outlets faster and a lot simpler.

"And this benefits our people to be well prepared for any disasters or any cyclones especially during this time of cyclone season," she said.

The Samoa MET office delivers weather warnings in both English and Samoan for the public.  Although reporting and comprehending the information communicated in Samoan can also be a challenge, Ms. Aiono said.

She assured that the MET Office will be carefully reviewing and integrating what they had learnt from the media to ensure information relayed to the public is correct and easy to understand.