Sports
Manono jumps with joy as they were declared winners of the Samoa Invest Lakapi Championship (Photo: Aufai Areta Areta )

After a nail-biting finish that ended just two minutes into extra time, a penalty proved decisive in Manono's victory as the men’s champions of the Samoa Invest Lakapi Championship.

Manono overcame Apolima to claim the championship, in the most exciting circumstances 27-24.

But it was the eventual losers who opened the account when the game was five minutes after Patrick Faapale put Apolima on the scoreboard with a successful penalty conversion, putting them ahead 3–0. 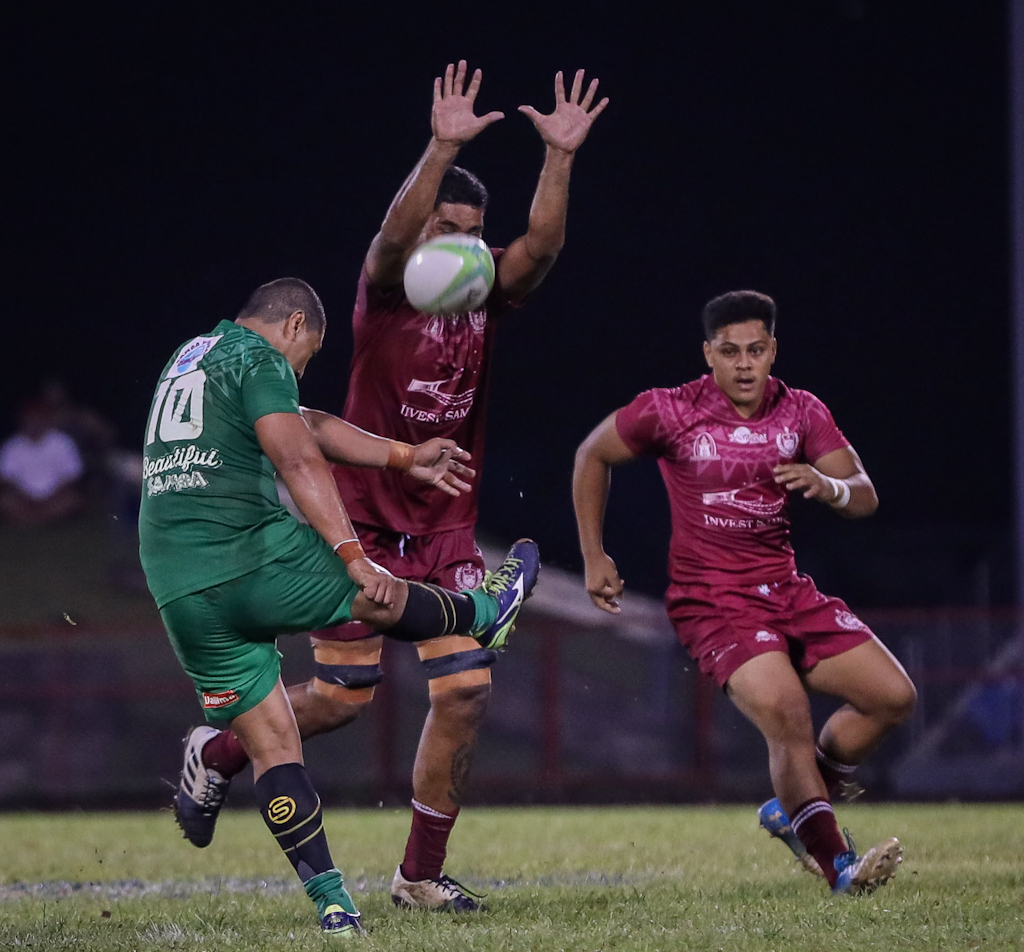 It wasn’t much later that Samu Iosua extended their lead by penetrating the far right side of the try line. With Faapale adding a successful conversion, Apolima’s lead reached 10–0.

With another penalty awarded to Apolima, and Faapale again proving successful with the boot he added another three points to seemingly put the team in the box seat with a 13-0 lead. 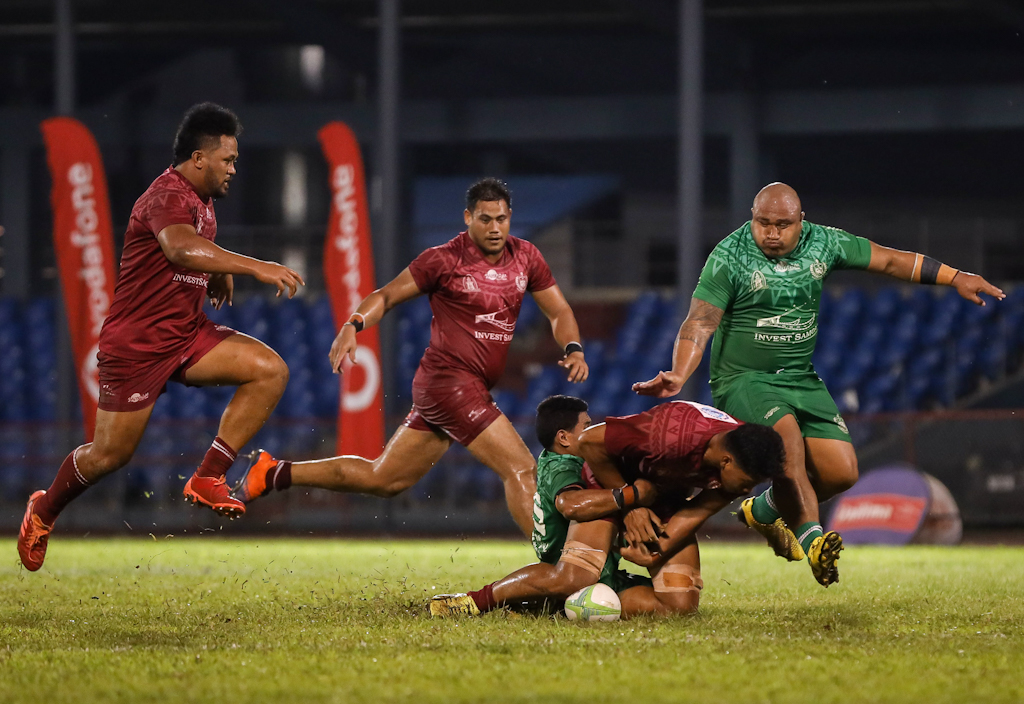 It took until there were 13 minutes to go before half time that Tila Mealoi put Manono on the board with a successful penalty conversion, taking the scoreboard to 3–13.

But seven minutes before the half time break, Manono’s fullback Malo Luteru ran over the far left corner of the tryline.

A successful conversion by Mealoi made the game a real contest: 10-13. 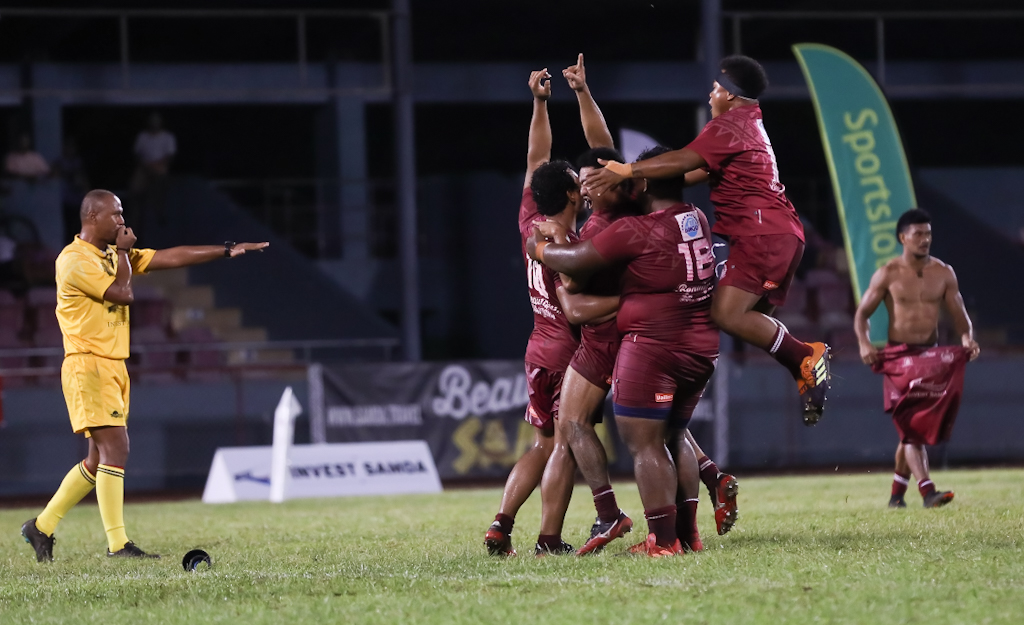 Another successful conversion from Faapale from a penalty kick extended Apolima’s lead by the end of the game’s first half to reach 16-10.

But the game turned on his head as Manono began storming home in a 20-minute passage of play.

The team scored two tries while Apolima secured a successful penalty kick to add to their scores, 24 – 16.

With eight minutes left Faapale again featured with a successful penalty conversion, taking the score to 19–24. 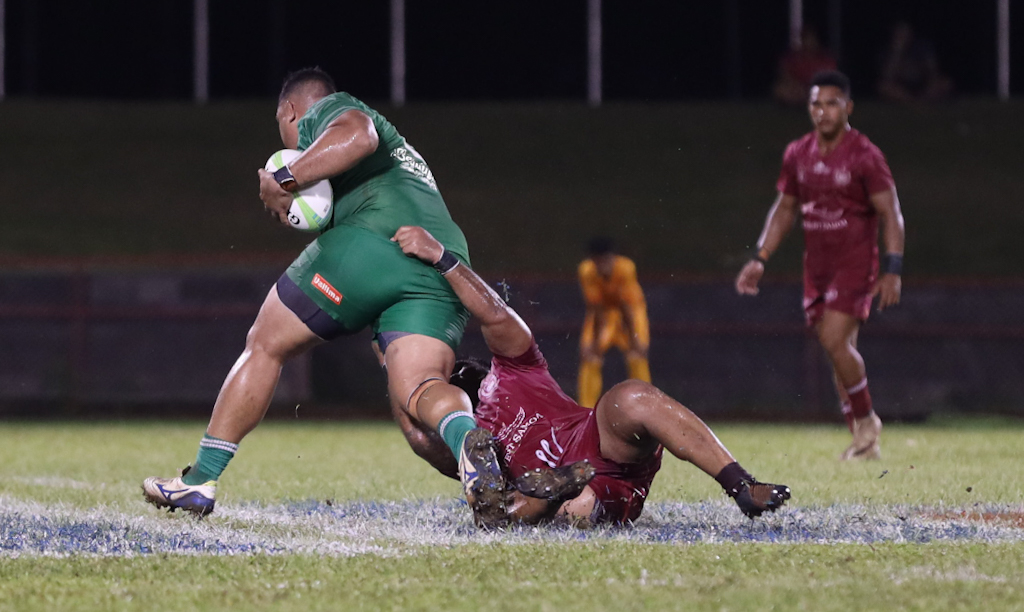 With two minutes to go before the final whistle, Faafoi Falaniko secured Apolima’s final try, leaving spectators on the edge of their seat with a 24-24 draw.

In the last second of the game, a penalty was awarded to Manono but Mealoi failed to put the ball through the posts, pushing the game into extra time. 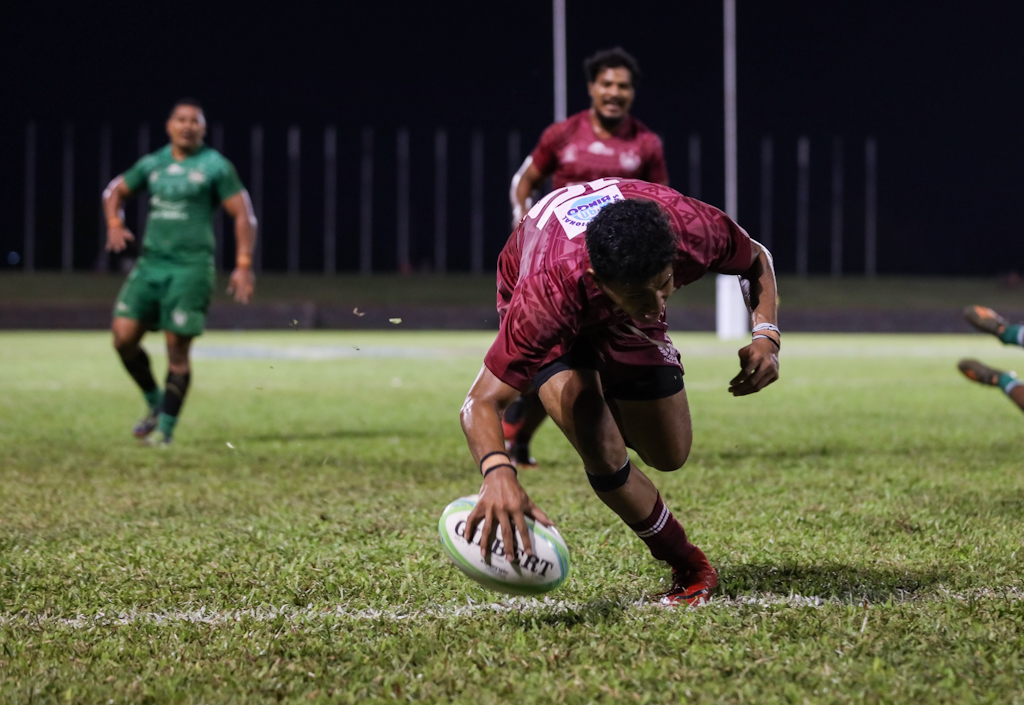 An extra ten minutes of play was added, meaning that whichever team scored first would walk off the field as champions.

Two minutes into time, another penalty was awarded to Manono but this time it went between the goalposts, handing an ecstatic Manono the championship 27-24. 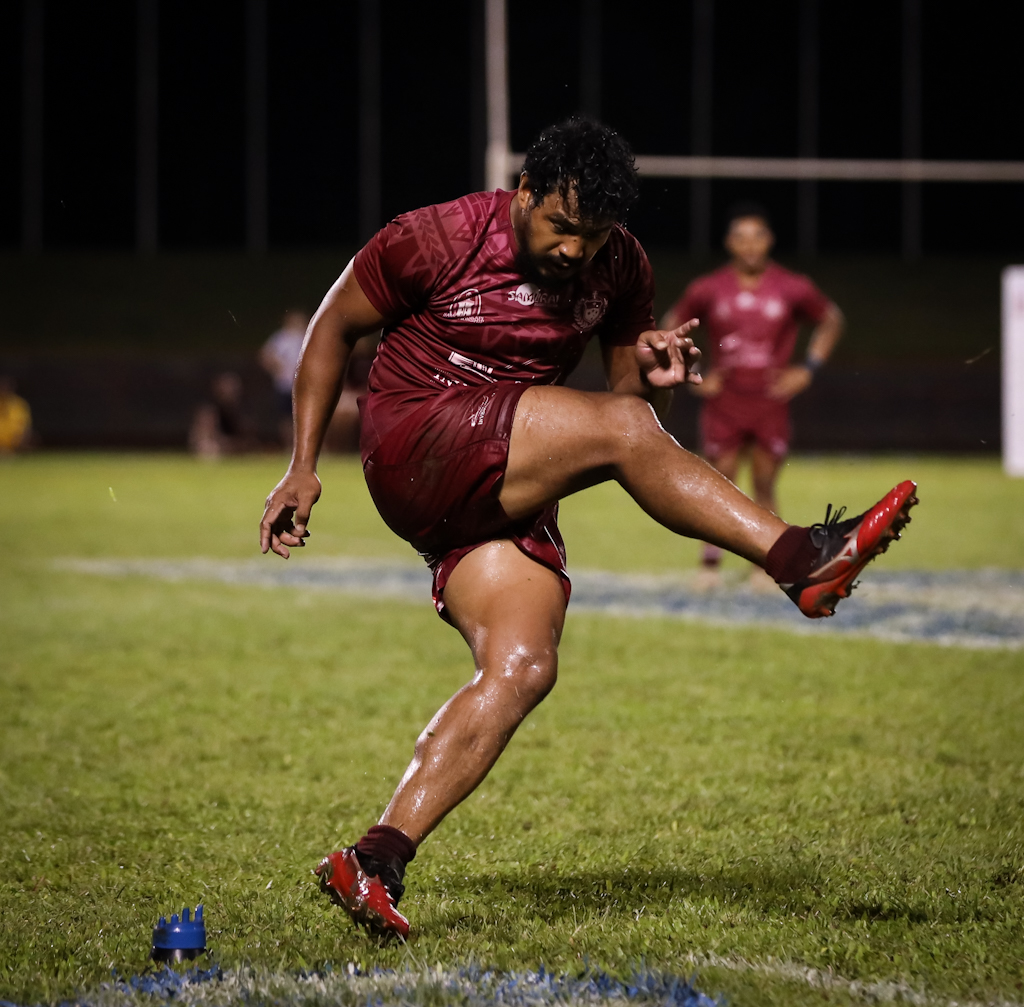 Manono's head coach, Galumalemana Rudolf Moors, became emotional during his interview with Samoa Observer saying that he was really proud of his team and their overall performance. 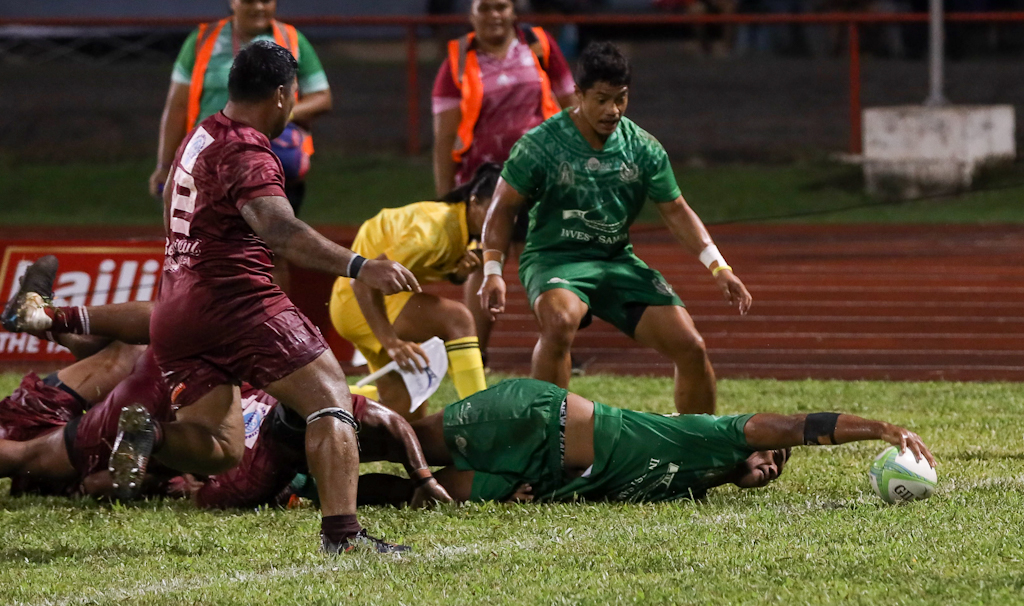 “We were a bit slow in the first half but we got in our changing room, and talked about a game plan again. And they went out there and played by the game plan. Every team needs to see where they lack and start from there," he said.

"So tonight they did very well and nothing more to say than I am very proud of them." 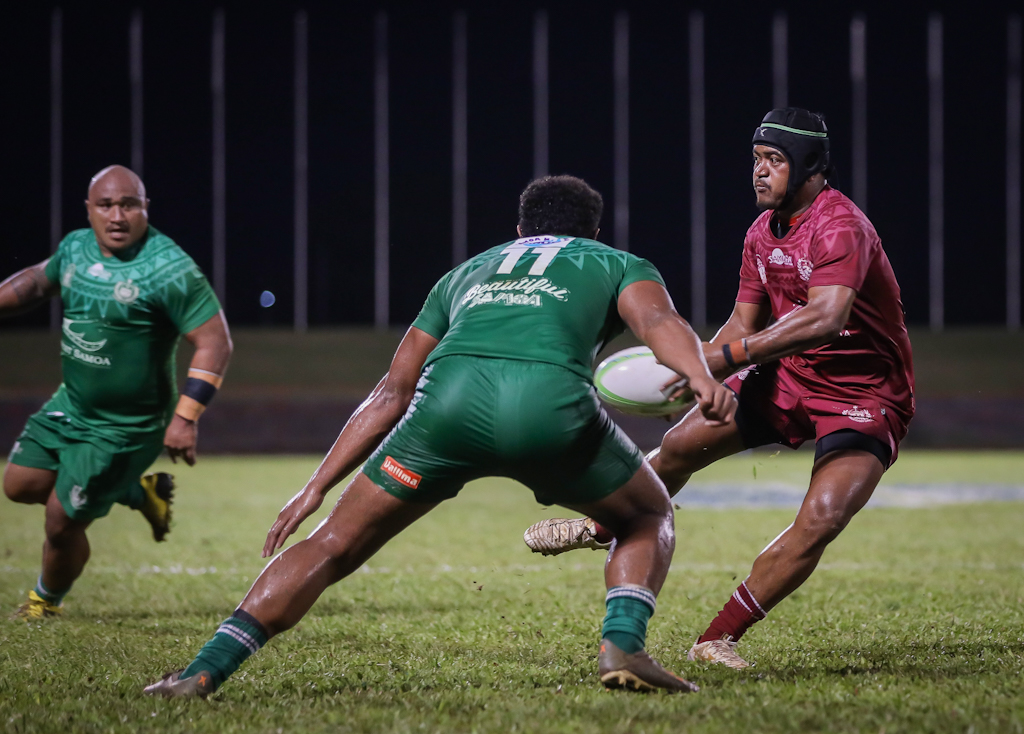 Malo Luteru was named the Most Valuable Player of the tournament.