Nuuausala College’s 2020 dux, Lumanai Junior Leuluaialii, almost didn't complete the school year after his mother fell ill but being awarded top of his class on Thursday left his mother overjoyed.

Speaking to the Samoa Observer, he said that he felt both humbled and grateful to God for answering his prayers.

“My mother had a stroke in the middle of this year, it was there that I decided to stop coming to school so I can take care of her,” Lumanai said. 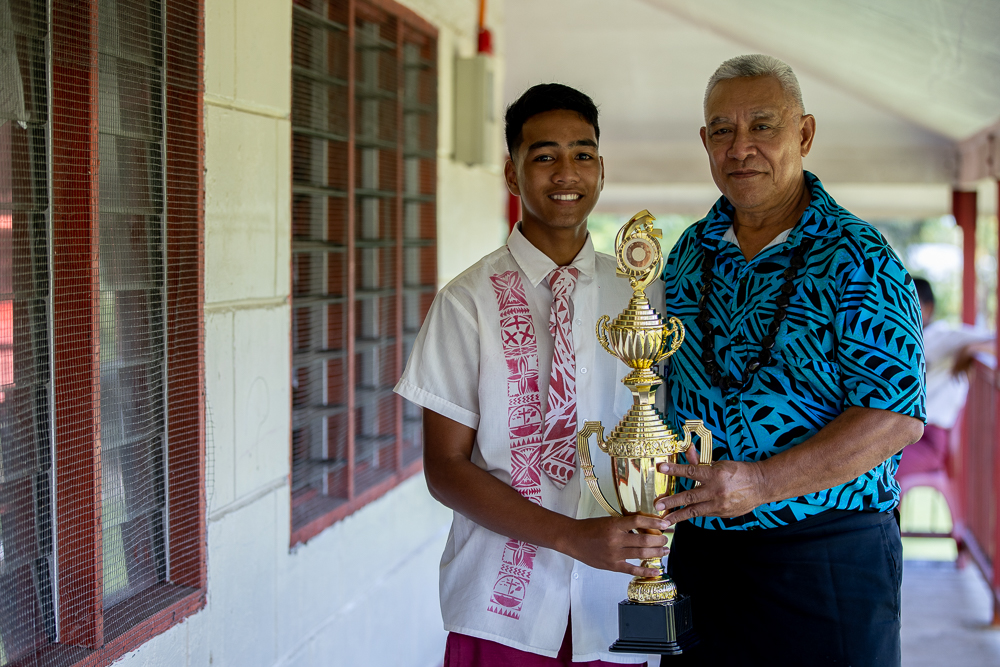 The college hosted a prize-giving to conclude the academic year at its hall on Thursday.

He came first in subjects such as: English, Computer, Mathematics, Accounting and Economics.

However, his mother objected to his decision to drop out of school.

“She was always the one that prepared my school uniform every morning and helped me with my studies," he said. 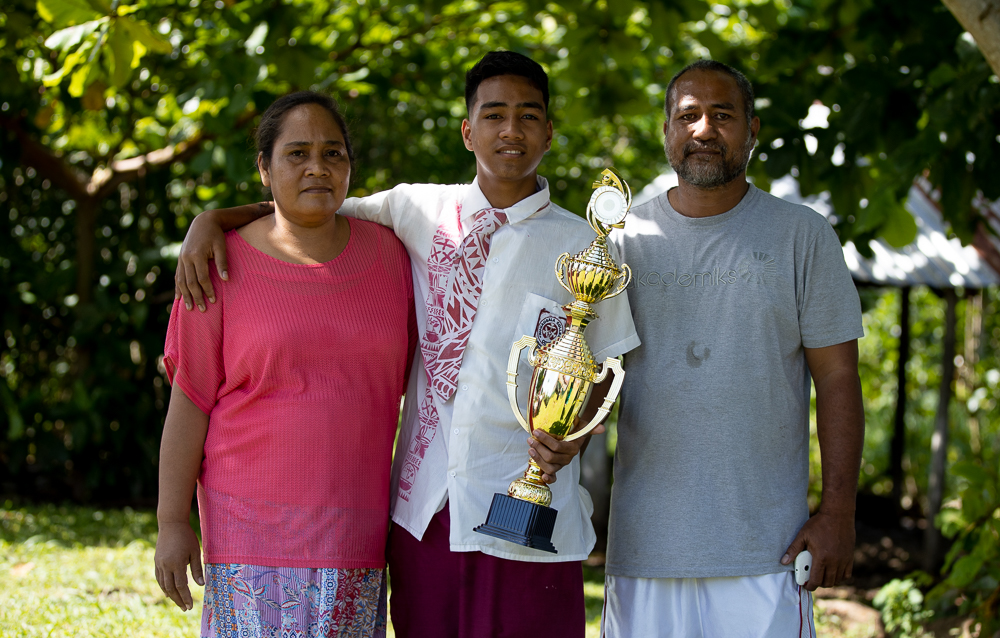 “When I told my mother that I will no longer attend school, she said that if I loved her, I would finish my school.

“One of the ways to help with her sickness was to make her happy, so with me being successful in school will give her a peace of mind, this pushed me so much, we only get one mother in this lifetime and I wanted to make her proud.”

The young man has excelled in his whole high school career achieving top marks in Year 9, 10, 12, and now 13 (as a star student Lumanai skipped Year 11). 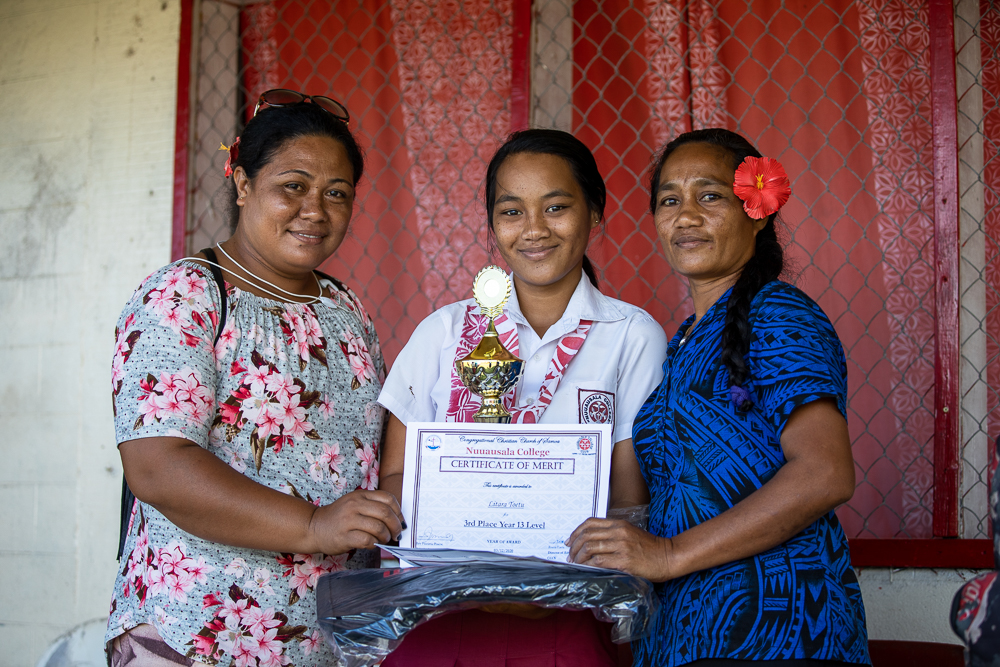 “One of the challenges for me this year was this current COVID-19 pandemic which has led to schools closing so down and giving us little time to learn but we tried," he said.

“Another difficulty was that my family was not financially stable because only my father is employed but the money he gets mostly used for my mother’s medical needs.

“A blessing for me was being awarded a scholarship last year for being named first place in Year 12.” 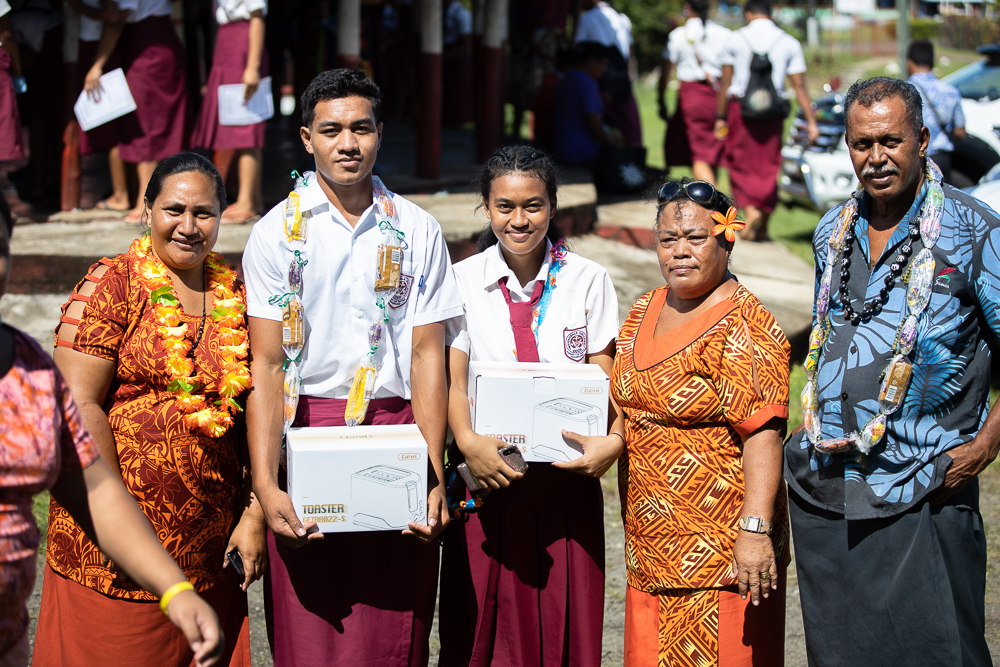 “Even though this feels like a special day but there is a sense of worry for the upcoming exams next week because there is no use of coming first in school but cannot make it into university," he said.

“I admit I am happy and worried but I also feel ready. I am not a show-off even if I came first in class throughout the past years because I know my God.

“I have strong faith in God because I believe without any doubt that the fear of the Lord is the beginning of knowledge.”

He also mentioned that there are times when he becomes tired and does not want to do my school work.

“When that happens, I think about my situation of coming from a poor family and looking at my parents' struggle and try their very best to provide for us that is where I get my courage to strive for the best. 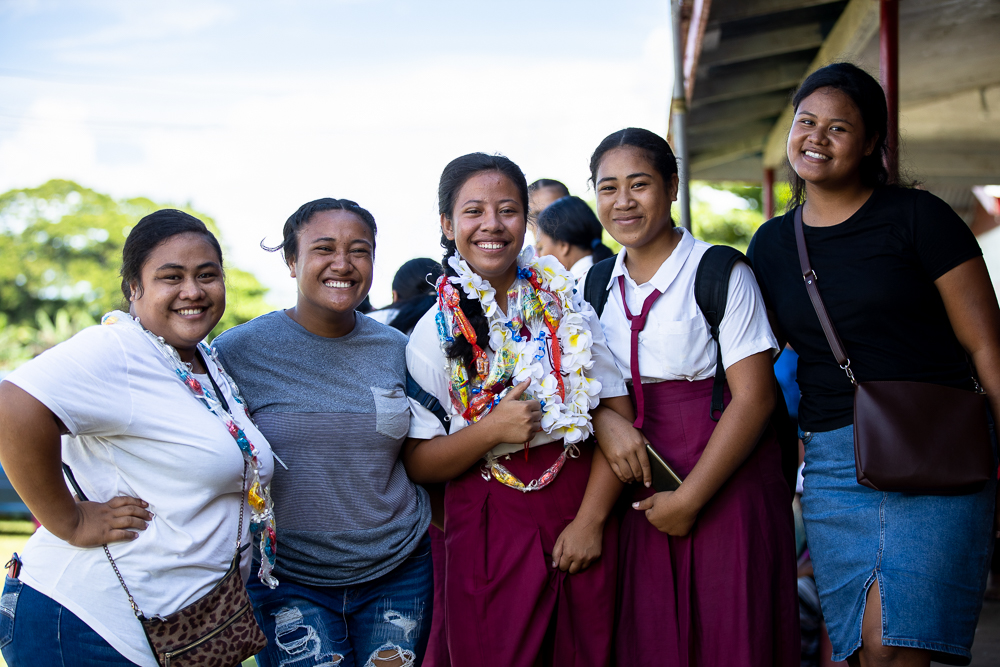 “My English teacher also encourages me to study hard because nothing in this world worth having comes easily, you have to sweat and work hard for a successful future," he said.

“In my perspective, education is important because, without it, you are not eligible for stable incomes through formal employment.”

His dream is to be an accountant because he wants to care for his parents.

“I thank my parents for everything despite not having much but they pushed me throughout my educational journey and that has contributed to my success," he said.

“Also my brother, uncles, aunties, and especially my Satomai Seventh Day Adventist church that prayed and fasted for my exams.

“I also want to thank my school including teachers and our principal, Rev. Posese, he always encourages me to do well in school. But out everyone, I give back the glory and thanksgiving to the Almighty God because, without Him, I would be nothing or will not achieve anything.”