The Ministry of Police successfully executed an armed drug raid on Tuesday afternoon, confiscating thousands of marijuana from Satapuala and Faleatiu.

Officers were armed during the raid, which yielded the marijuana plants which were then loaded onto 10 awaiting Police trucks.

The raid was led by the Commissioner of Police and Correction Services, Fuiavailiili Egon Keil.

The Commissioner was accompanied by more than 30 police officers. 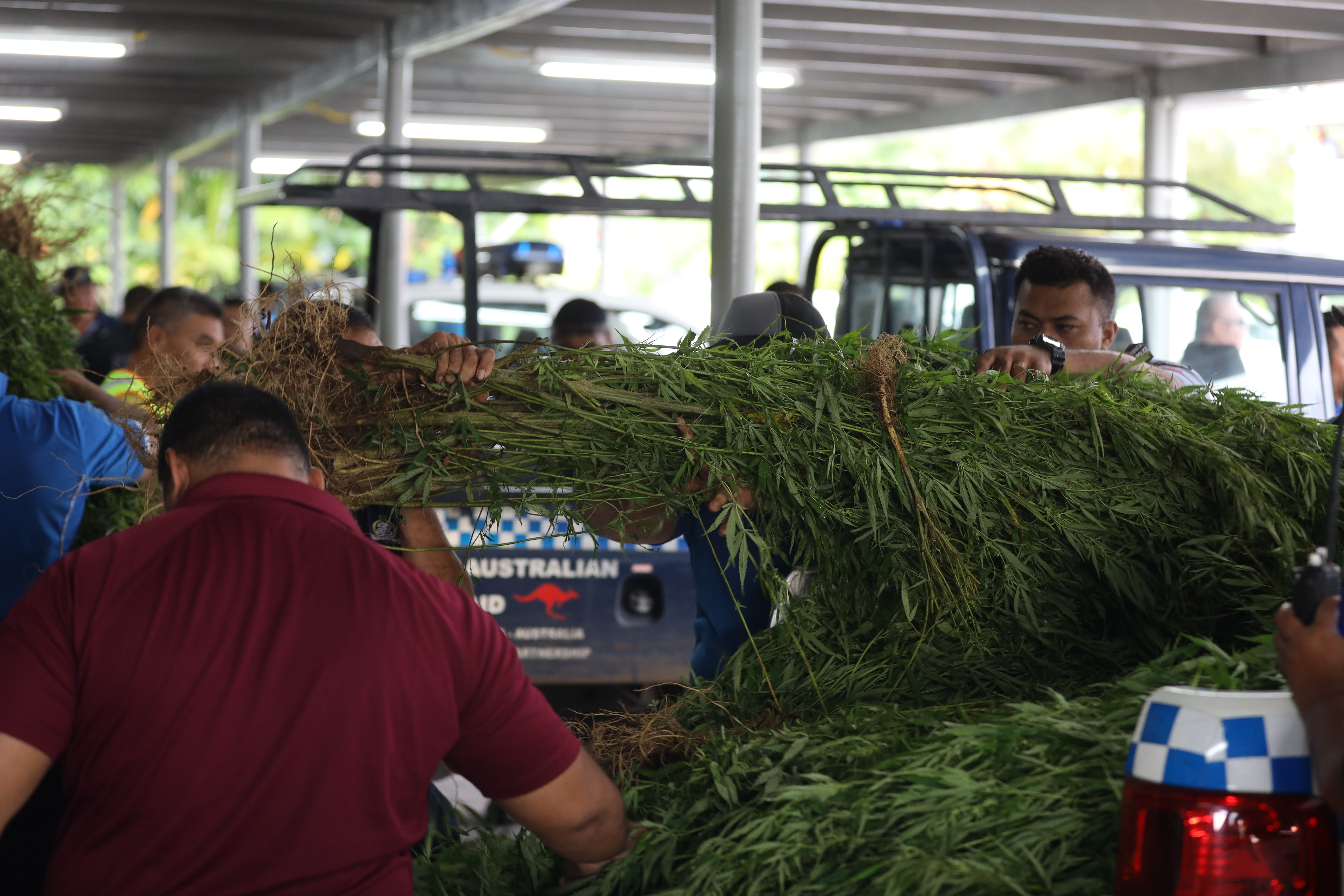 The raids come almost exactly a year after an early morning operation at Faleatiu which netted more than 10,000 marijuana plants last November.