The launching on Monday morning by the Ministry’s Chief Executive Officer, Afamasaga Fa'auiga Mulitalo, is officially part of the 16 Days of Activism programme and will run from 30 November to 4 December.

Afamasaga said the week-long programme is important for Samoa as the country was a signatory and ratifier of the Convention for the Rights of Persons with Disabilities in 2016. 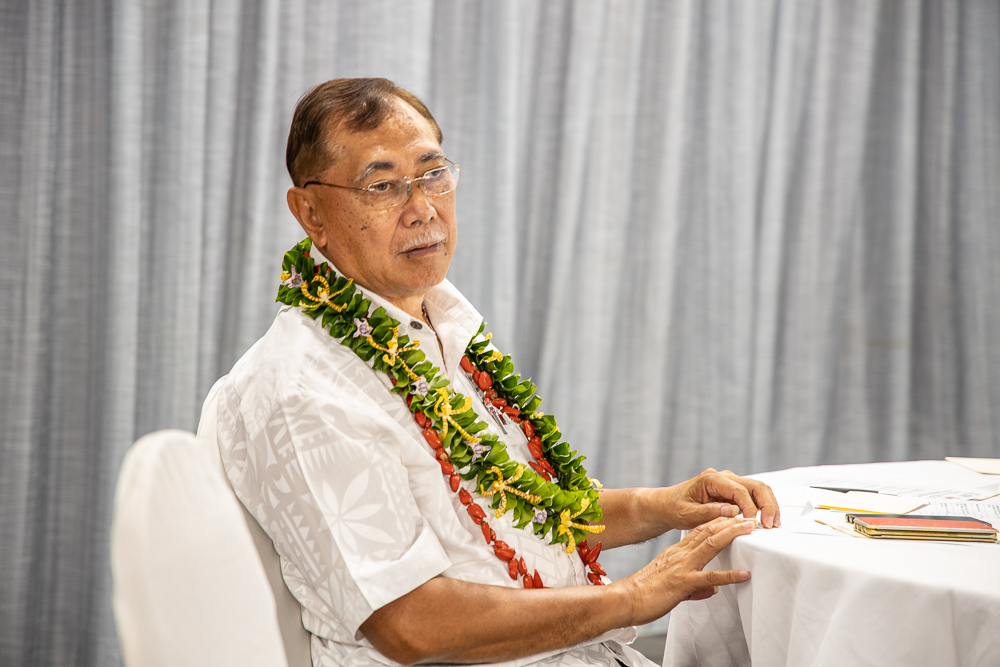 The Ministry will run the programme in close consultation with partner organisations such as the Nuanua O Le Alofa.

Each organisation will be presenting an activity throughout the week with Nuanua O Le Alofa hosting an art exhibition from Monday to Friday and other organisations implementing awareness programmes. 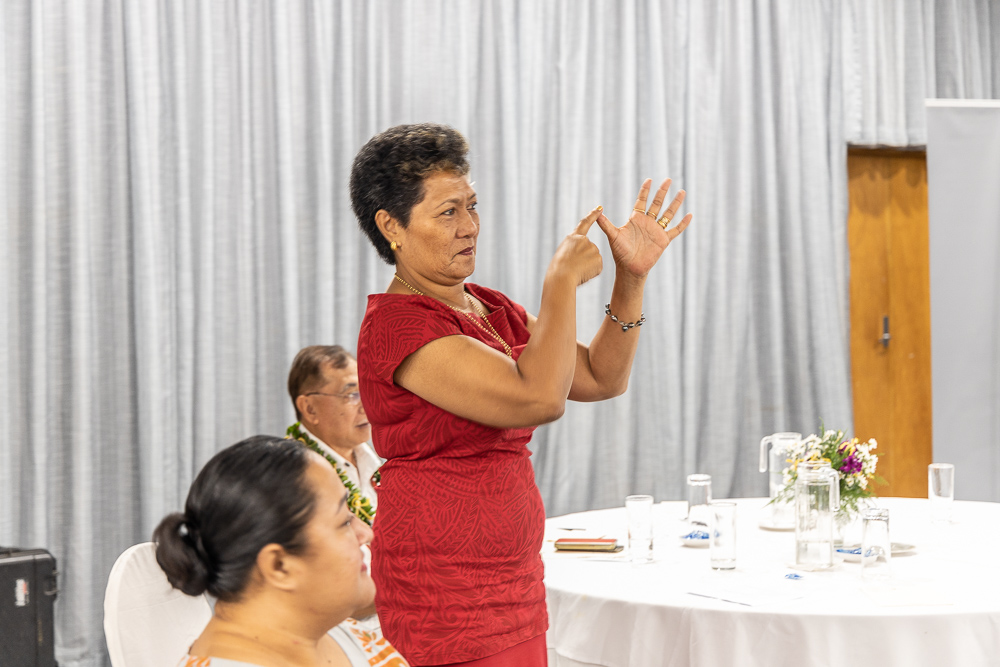 Afamasaga said that since the event coincides with the 16 Days of Activism, it is to make sure that persons with disabilities are protected from any kind of violence, while promoting the rights of a person with disability.

Australian High Commissioner to Samoa, Sara Moriarty, added that estimates suggest that globally there are between 93 and 150 million children with disabilities under the age of 15.

"About 70 per cent (69 million) live in the Asia Pacific region and about 80 per cent of people with disability live in developing countries,” she said when marking the day. 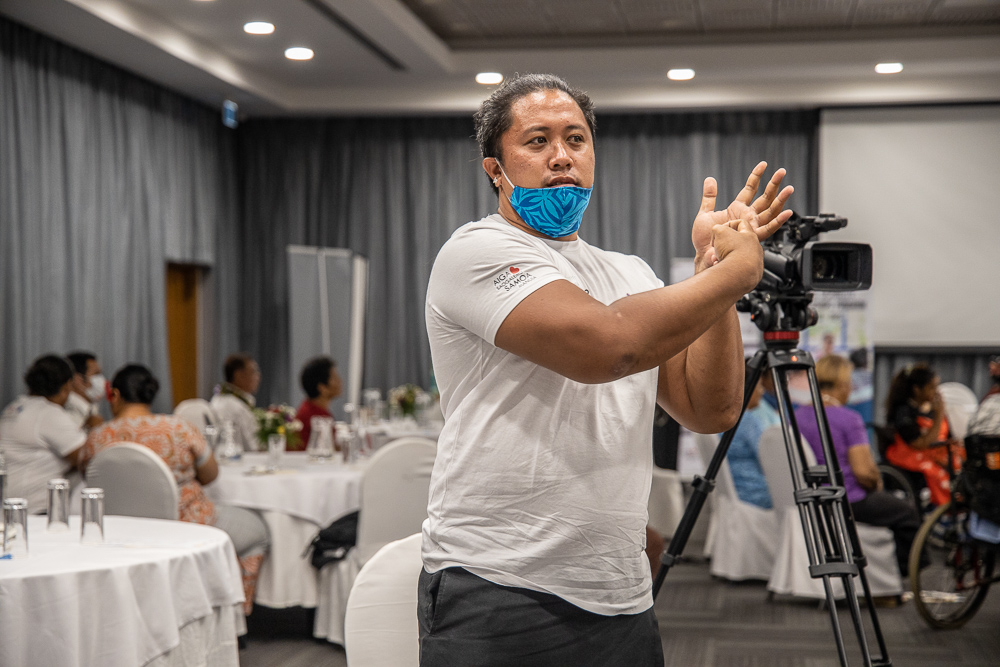 “People with disabilities are the largest and most disadvantaged minority in the world. They are also over-represented amongst people living in persistent poverty, and are disproportionately affected by natural disasters, conflict and humanitarian emergencies.

“These figures should concern us all as we think about how to build a better and more sustainable future for everyone.”

According to the Australian diplomat, a recent Brotherhood of St Laurence report stated that people with disability in Australia experience poorer outcomes than the general population, including high unemployment.

“They are twice as likely to be unemployed as people without a disability. Have high rates of poverty. Forty per cent of the people living in poverty in Australia have a disability,” she added.

“They experience barriers engaging in education. They have poorer health, higher rates of chronic illness and comorbidities, and difficulty accessing adequate healthcare.

“They experience discrimination, and higher rates of violence and abuse than the general population.” 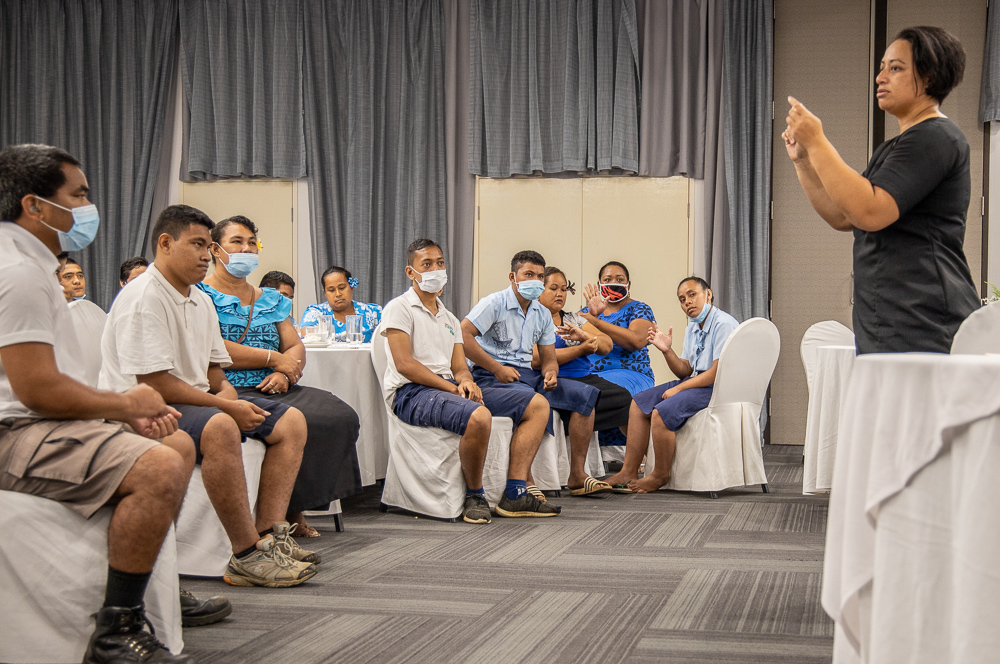 Ms Moriarty said she hopes COVID-19 will not pose health risks for people with disability in Samoa as the economic impact of the pandemic can be disproportionate.

"And as we start to turn our minds to what happens on the other side of this health crisis, future policy choices must not only reconnect communities, but make them more inclusive. Enabling people with disability to participate fully in the community is the best safeguard against adverse impacts for them in future crises," she said.

"Over the past five years, D.F.A.T. (Australian Department of Foreign Affairs and Trade) has committed to promoting disability-inclusive education, helping to remove physical barriers through our infrastructure investments, and working with partner governments to enhance access to vital services.

“We have sought opportunities to build resilience to disasters and conflict through inclusive humanitarian assistance and will continue to support disabled people’s organisations that play a vital role in giving voice to people with disabilities.

“Through our new Partnerships for Recovery we have affirmed our focus on reaching out to the most vulnerable, including women and girls, people with disabilities and those living in poverty."