The stage for the night was built on top of the Sheraton swimming pool. (Photo: Aufa'i Areta Areta)
Siva Afi

His efforts to maintain his annual event throughout the state of emergency were rewarded on Saturday night, with a packed function on the water’s edge at the Sheraton Aggie Grey’s Hotel and Bungalows in Apia. 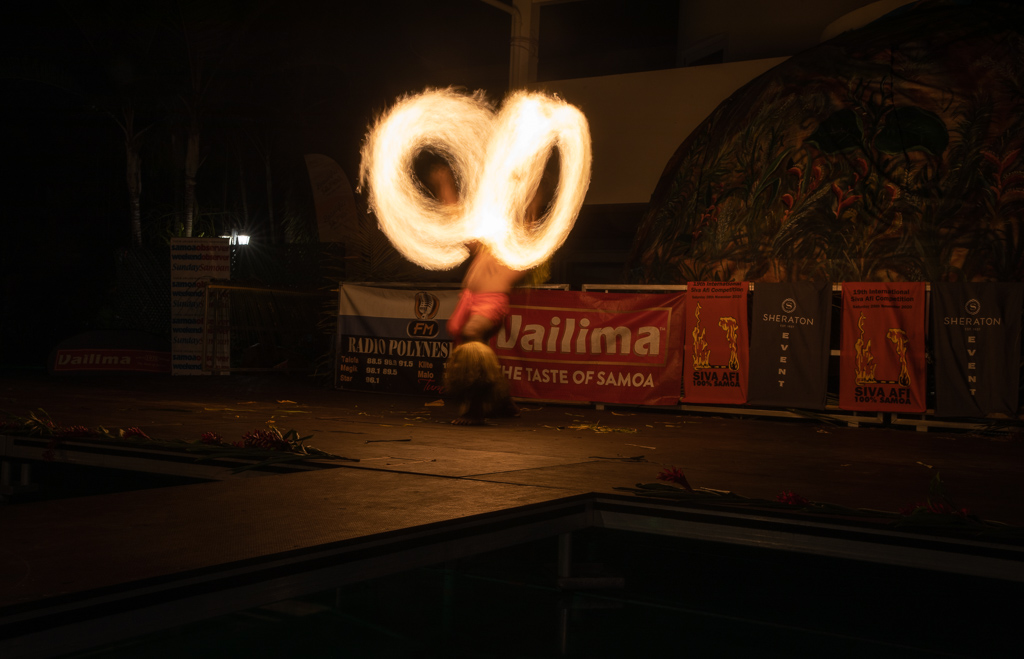 That’s right – the stage, donated by the Samoa Tourism Authority, was built on top of the swimming pool. And the question everyone was asking themselves was finally answered at the end of the night: yes, a fire knife dancer did jump in the water.

Special guest Prime Minister Tuilaepa Dr. Sailele Malielegaoi said the Government’s support of the competition is part of its “unswerving” efforts to keep the country afloat during the economic crisis this year.

He congratulated organisers Leota and Clare Leota for their efforts, and the tourism industry as a whole for adapting to these strange times.

“The tourism industry has created initiatives of events and activities to complement the favourable drop in room rates, and one of the ongoing initiatives is what we are witnessing here today.

“The tremendous support we have seen from our very own people towards tourism businesses in these trying times, it is a positive step towards paving the way to recovery.” 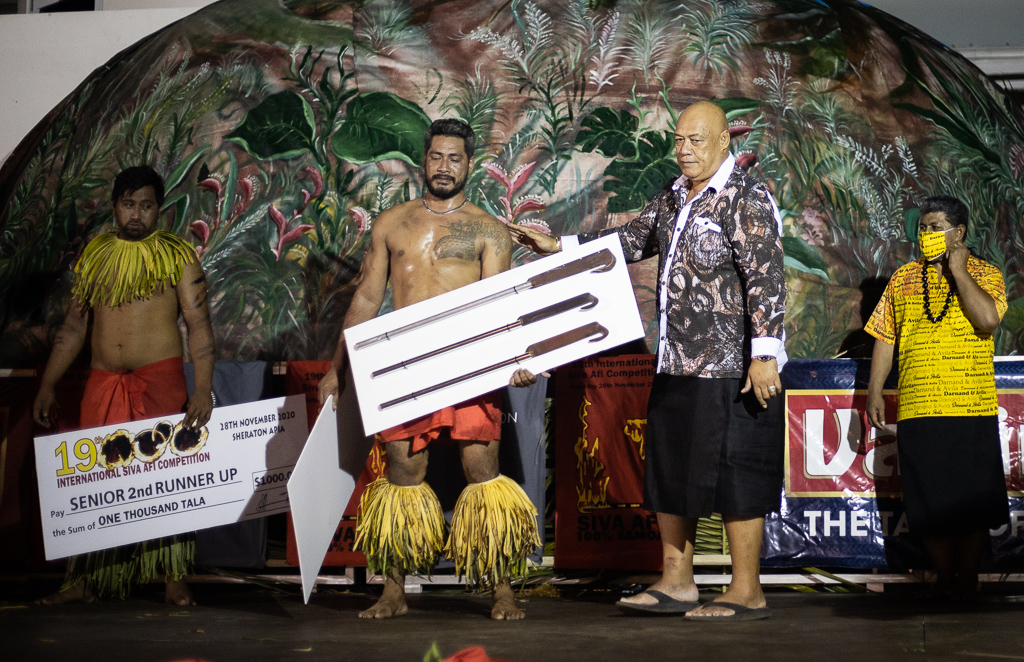 Leota said he is extremely grateful that the 19th competition could go ahead despite the national coronavirus difficulties.

As well as the Government support, his own fire knife club, the Ailao club, worked on building the hand painted backdrop and stage set up for the night.

He said the three finalists are the pinnacle of Samoan fire knife talent.

“These boys, they are experienced, they all perform overseas. Fire knife dancing is a Samoan performing art, we don’t want guys coming from overseas to come and teach us,” he said.

“We want, whoever wants to learn, they should come here to the home of fire knife dancing.”

The three finalists worked immensely hard on the night on both the technical and performance elements of the ancient art of siva afi.

After a blistering performance with one and then two fire knives, the 30-year-old from Savaii has come out on top for the fourth year in a row.

He was just 12 when he first started learning the craft and has won 12 competitions of all kinds since. Fire knife dancing has brought a steady income to his family, he said, and he has begun training young children in Taga too.

He took his time making his entrance, ramping up the performance by lighting the unlit end of his fire knife with his mouth. Then once he got going, the knife did not stop spinning until he was done.

When he had two knives in his hands, Mr. Iloa kept the pace and rhythm going even as he dropped a knife and swiftly picked it up again. 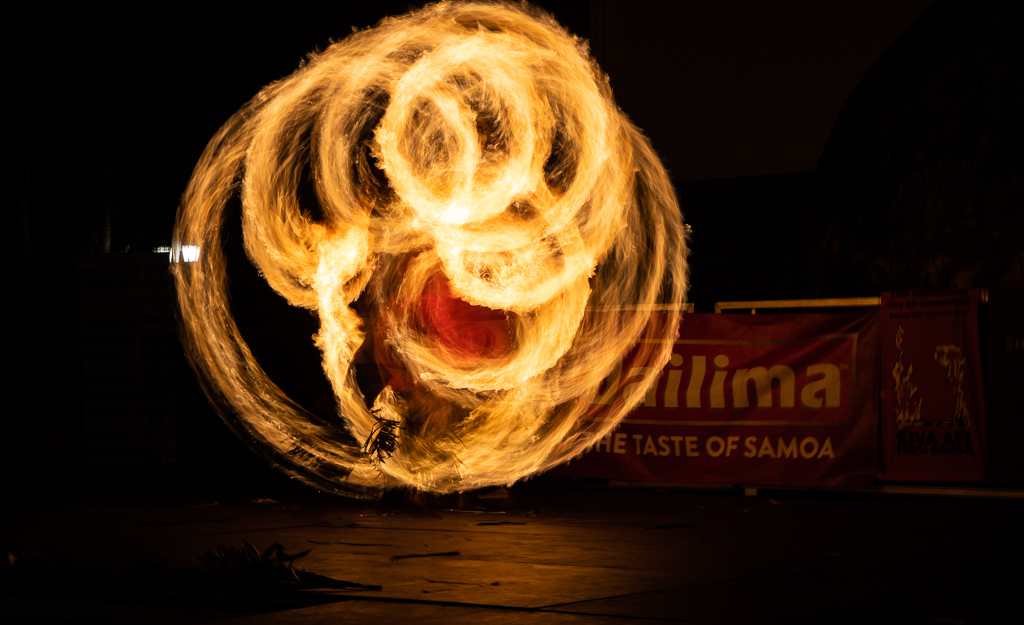 Jack Tai Laban took home second place and $1500, and Lene Junior Alema, who brought out all the stops attempting to juggle three, and then four fire knives, finished third and won $1000.

Mr. Tai Laban, who before the borders closed was performing in the United States of America, said the competition has motivated him to work even harder for next year.

“The important thing for tonight was to let the crowd see, it was an awesome crowd,” he said.

In the meantime, Mr. Tai Laban will return to his routine, which includes regular lessons for a keen gang of students eager to take up siva afi.

The promising artist started with his first pair of training sticks when he was just seven years old, eventually graduating to the flaming fire knives aged nine.

He won his first competition as a junior in 2014, and now aged 20 has travelled the world performing and training others in his craft.

Fire knife dancing has been his passion since he was little, with many dancers in his family for him to look up to.

“I have older uncles who have been dancing, so when I was little I wanted to be like them. Now I am old, I am following in their steps.”

His performance had all the hallmarks of one who has been working overseas, with a lot of drama and expression, and a costume change between his single and double fire knife performances.

He entered the stage with a forward roll and constantly changed levels throughout his dance, sometimes spinning the knives while on his knees, on his back, or jumping up. 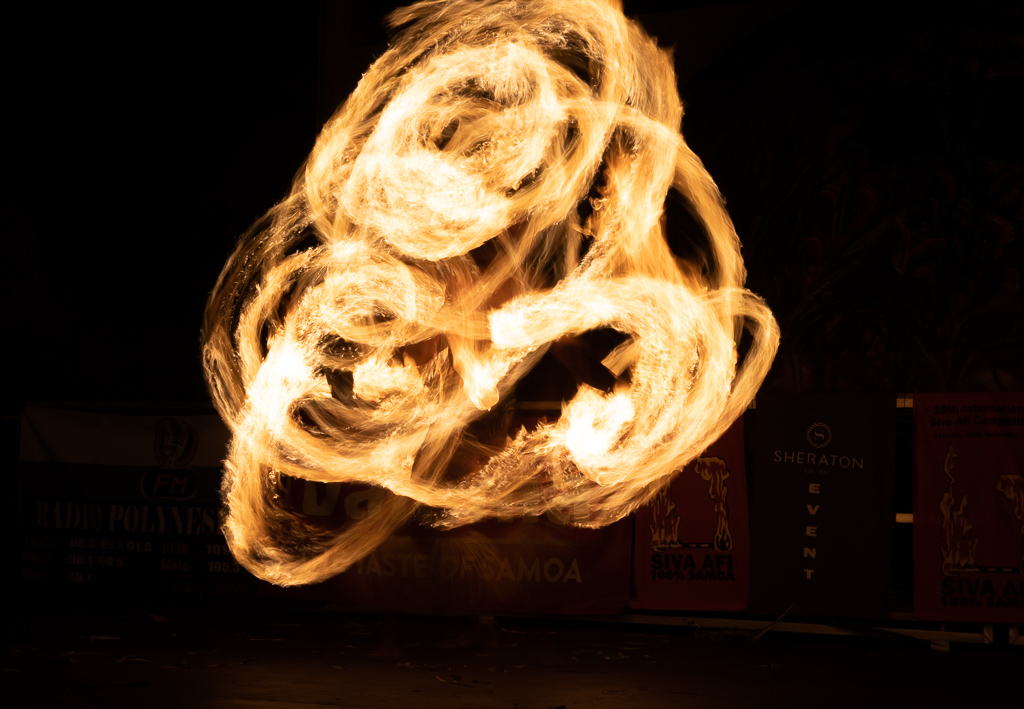 Mr. Alema, who is just 24 years old and is from Taga, Savaii, was a five-year-old street vendor when he started fire knife dancing. He knows the power of siva afi to turn a person’s life around.

He was 11 when he won his first competition, and has travelled to Australia, New Zealand and American Samoa to compete in fire knife dancing there.

Hopefully one day he will get to Hawaii for the World Fireknife Dancing competition, and win it for his four children. The current reigning champion, Falaniko Penesa, is from Puipa’a.

Already his youngest child, just two years old, shows a keen interest in learning their father’s sport. But Mr. Alema wants to wait until they are four before the training can begin.

He did not waste any time launching into his performances, immediately launching into complex spinning as soon as he entered the stage, throwing his fire knife up into the air and out of sight of the audience, before deftly catching it on the way down.

When he had two fire knives going he was impressive. So when another dancer stepped out on the stage and began throwing a third fire knife to him, the entire audience gasped. Unfortunately the trick did not quite pay off with a drop in the mix. 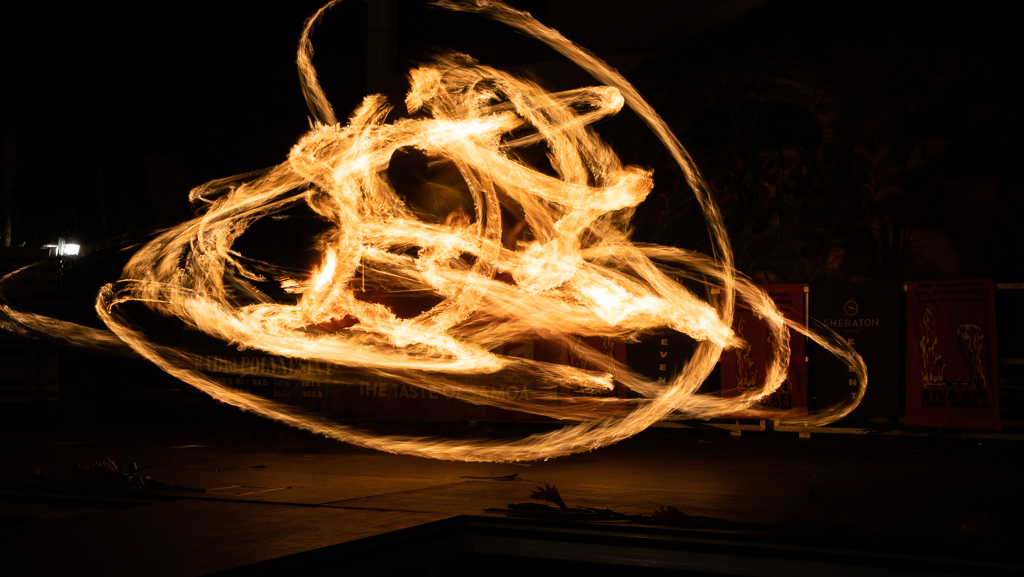 Speaking after the competition, Galumalemana said the fight for first place was fierce but in the end it came down to points lost for dropping the knives.

He urged the men to practice often, concentrate and “stick to your routine” to avoid those fatal drops.

But overall the veteran fire knife dancer said he was impressed with the talent on stage, saying the future of the art form is safe in the next generation of dancers.

Disclaimer: Samoa Observer is a sponsor of the 19th Siva Afi Competition. 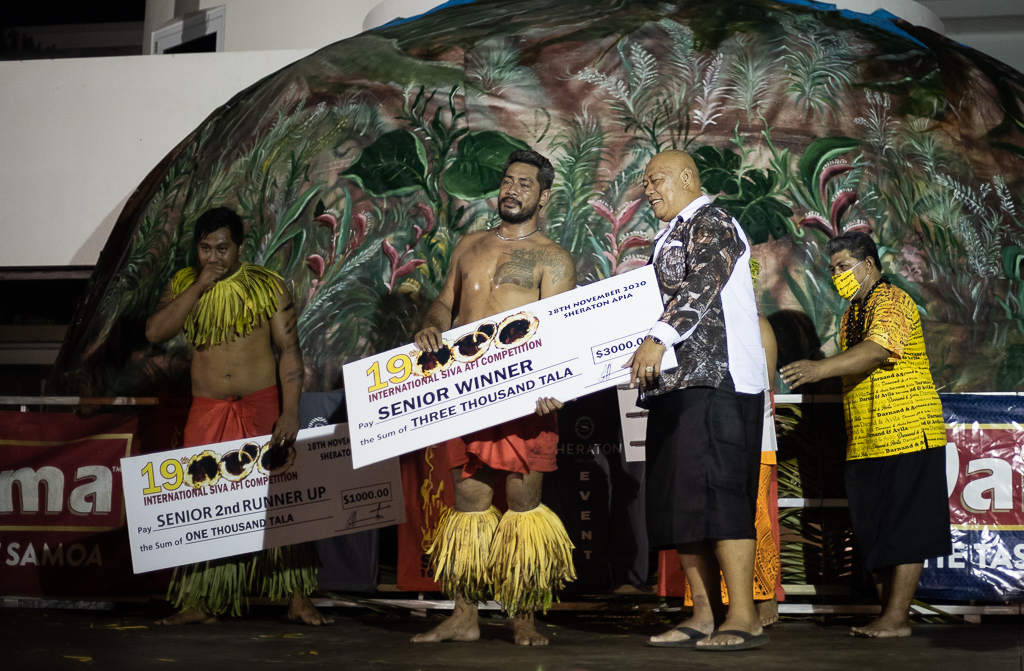