Family home lit up with hope

Samoa
A family of six living without electricity and water supply remains optimistic despite facing many obstacles. (Photo: Vaitogi A. Matafeo )

The Asalemo family lives by the light of an electric lantern hanging on their ceiling but the family’s hopes for a better future are undimmed.

The family-of-six share a small, open-style house and face obstacles to daily living including the absence of electricity and water supplies but say they remain optimistic in the face of challenges.

In their small open shack with iron roofing and a dirt floor, the Asalemo family lives not far from the main road.

The family of Daniel Asalemo recently moved to the current property, which can be accessed via the Main East Coast Road and is more than 23 kilometres from Apia.

The family has only one bed which they use to sleep together and rely on the glow of a charged portable light hanging from the ceiling when the evening comes.

The father-of-four told the Village Voice team that it has not yet been a month since their family moved, which explains some of the family’s difficulties.

“It has only been a few weeks since my family started setting up here,” he said.

On Saturday, the 31-year-old was collecting wood to build a small outdoor kitchen to cook the family’s food.

He also mentioned that he just finished building a small toilet but does not yet have access to shower facilities.

“One of our main struggles is the inaccessibility to water supply; we fill up two 20 litres bottles of water from those that have access to water,” he said.

“However, because [this area is covered by] an independent water scheme source, most of the time during rainy days the supply of water is usually dirty, hence why we always boil the water for the children’s sake.

“And also, sometimes the supply of water is disconnected during the day while it is connected only around night time which is another burden [when] we have to shower the children as well.” 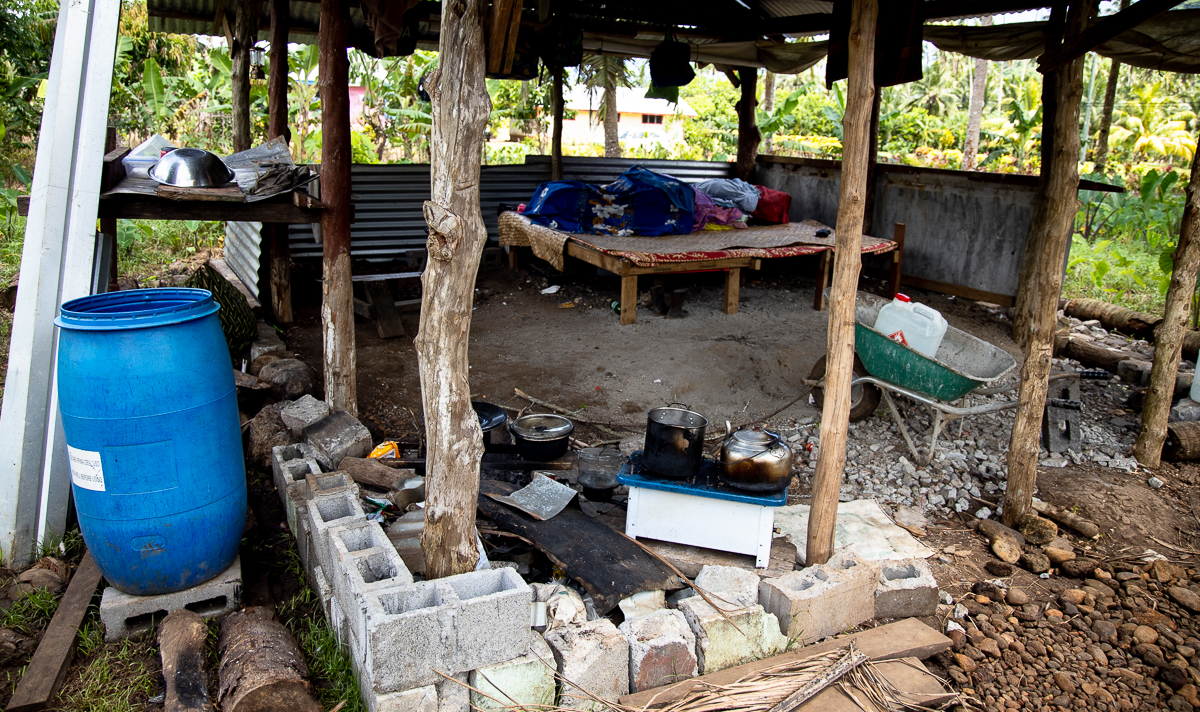 Mr. Asalemo said the family greatly-needed storage facilities which would allow them to keep water for everyday use.

Another concern raised by the family is their vulnerable living conditions.

He said that tarpaulins and a cement floor are among the family’s other needs.

“During rainy days we struggle with trying to stop the rain from getting inside and we end up all getting wet,” he said.

"Despite facing so many obstacles, we remain positive and always hopeful that we can overcome them, that's why I try to collect whatever I can to build our home.”

If you are willing to help the family of Mr. Asalemo please contact the number: 7777067.