The Office of the Electoral Commissioner approved Leoa Tauti Faaleolea’s nomination after getting a phone call and without an endorsement signature on the statutory declaration form, the Supreme Court has heard.

The admission was made during the hearing of Tuala Iosefo Ponifasio’s election petition, which questioned the eligibility of Leoa to stand as a candidate to contest the Gagaemauga No. 1 seat next April.

Lawyer Fuimaono Sarona Ponifasio is acting on behalf of Tuala while Fuimaono Sefo Ainu'u and Gafatasi Patu are representing the Office of the Electoral Commission. 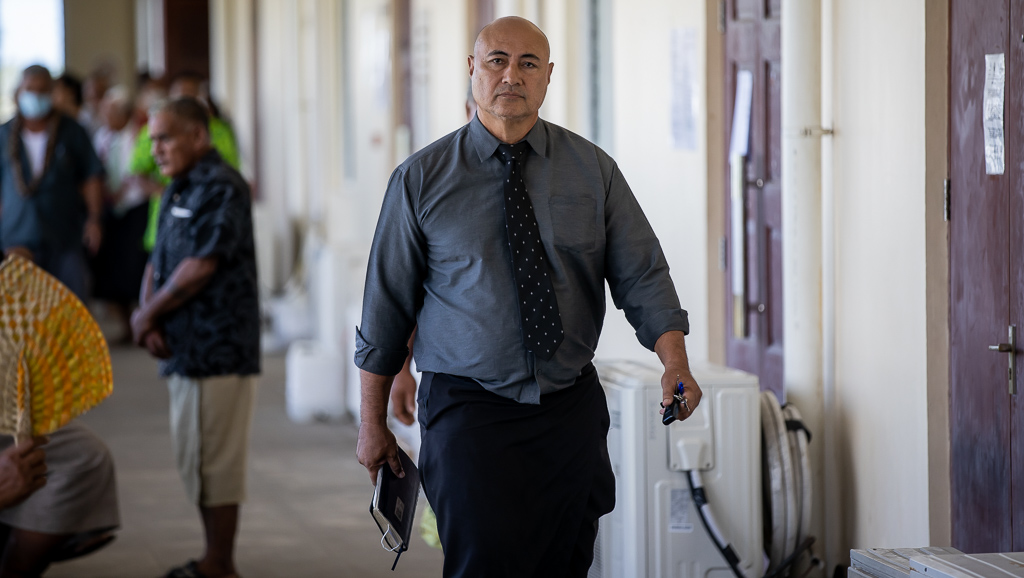 The Court heard that Leoa’s candidacy was approved after a staff member of the Office of the Electoral Commission, Fetogi Vaai, called Patamea village mayor, Talatasi Falefatu.

The mayor allegedly “confirmed” over the phone that Leoa is a registered matai of the village and that he is rendering monotaga.

The village mayor, Talatasi, was then called to the stand by Leoa. 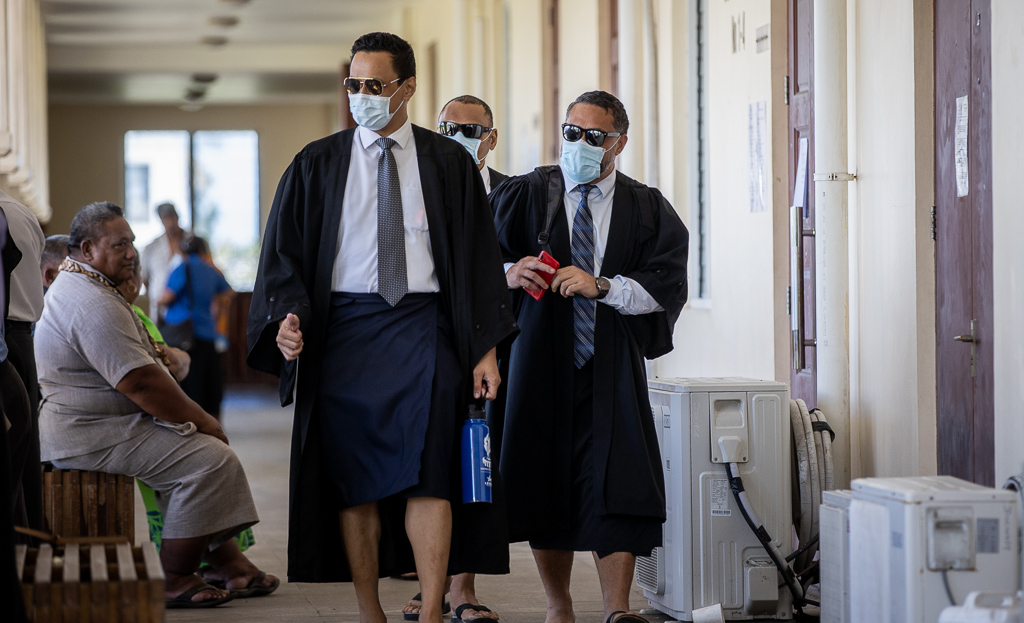 During cross examination by Fuimaono, Talatasi said he initially refused to sign Leoa’s documents, because he thought the candidate was intending to run using his ‘Tauati’ chief title, who does not render monotaga in the village of Patamea.

However, Talatasi said it was when two people from the Office of the Electoral Commissioner called him, asking whether or not Leoa satisfies the residency and monotaga requirement that he endorsed it and agreed to sign the statutory declaration, but could not do so because he was in Savai’i at that time.

Prior to this, he has never been presented with the declaration form, Talatasi said.

The mayor also admitted in court that contrary to allegations made to the Office of the Electoral Commission, election candidate Tuala, never told him not to sign the rival's declaration form.

Asked by Fuimaono if Tuala said such a thing to him, Talatasi said, “Tuala did not tell me directly, but there is a Patamea chief who told me that that is what Tuala said.”

Talatasi also claimed that Tuala had called him personally a while after the nomination period to “thank me for not signing” Leoa’s documents.

The same allegation was also raised in one of the witnesses’ affidavits, saying Tuala had advised the village mayor not to sign Leoa’s documents. 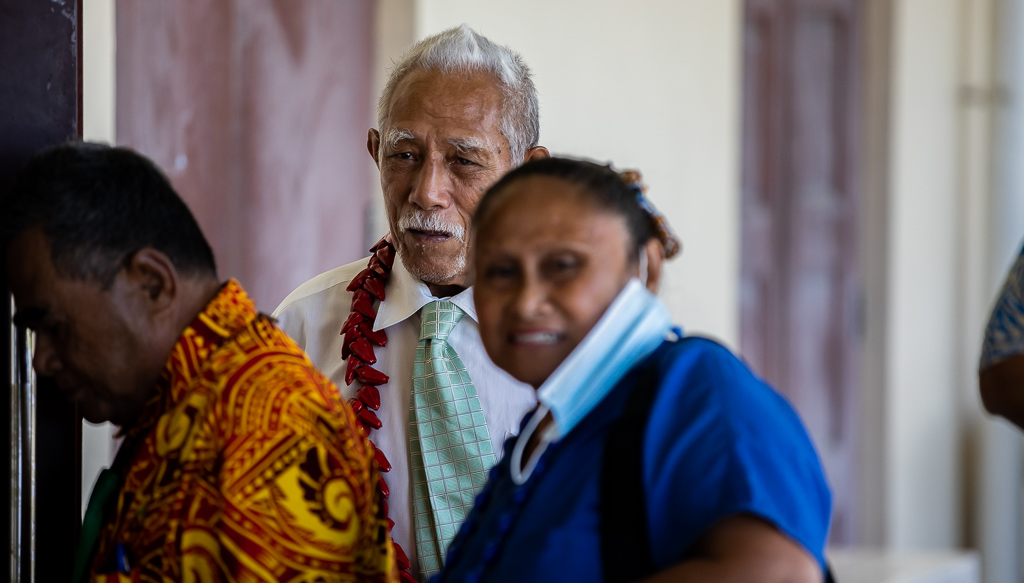 In response, Tuala strongly denied the allegations, saying he has never personally spoken to Talatasi, except for a phone call on October 27, 2020, which was after the nomination period.

Tuala said he had called to ask Talatasi whether he signed Leoa’s documents or not, information he needed in preparation for his legal challenge.

Tuala filed two electoral petitions, against two opponents from Gagaemauga No. 1 in the 2021 General Election. The other was against female rival, Tevaga Tupuivao Mapusaga, who is also set to contest the Gagaemauga No. 1 seat.

On Monday, the Supreme Court heard the Office of the Electoral Commission’s admission that they made an error when they entered incorrect information leading to the approval of Tevaga.

Tuala claimed that a voter by the name Taifaga Vaiuta, who signed as witness in the nomination form for Tevaga Tupuivao, was not registered in the Gagaemauga No. 1 constituency.

The admission was made in the Supreme Court and it came from Attorney General’s Office lawyer, Fuimaono Sefo Ainu’u, when he cross examined Tuala Iosefo Ponifasio.

The decision of the electoral petition has been reserved for Friday.