Speaking at a gathering of Family Safety Committees from Lotopue, Lalovi-Mulifanua and Vaiee villages at the Tanoa Tusitala Conference Room on Wednesday, the 57-year-old Committee Member told the meeting that since Vaiee village began its violence prevention work last year and introduced a $2,000 fine for offenders, there has been no reported cases of domestic violence.

She credited the introduction of the fine and possible banishment for the village reporting no cases.

“Things have changed in the village. Things are so peaceful. Through this program when something happens, we can visit those families and talk to them in a calm manner to quell the situation,” she said.

“Right now in our village, it’s a beautiful thing. There is no more fighting or beating of children and especially our women.

“Right now there is a big fine that has been established in the village. If you beat your wife or your woman or a child, the fine is $2000.

“If you do not pay the $2,000 fine then you will be banished from the village if you do not abide by the rules.”

No one has been fined, Ms Magele told the media on Wednesday at the official launch of Vaiee village’s three-year 37-page work plan (2020 to 2023) to prevent domestic violence.

Vaiee is one of six villages that have signed up to the project spearheaded by The Office of the Ombudsman or the National Human Rights Institute.

The pilot project will be run in six villages in Samoa with the endorsement of their Village Fono (Village Councils), establish the Family Safety Committee to assist the Village Fono and churches in the villages with ongoing family violence prevention.

Ombudsman Maiava Iulai Toma said the work of the committees at the village-level will contribute to the changing of mindsets and behaviours.

“Government cannot be solely responsible for this issue. There is not one best solution for this matter and today we acknowledge the efforts of our villages here who, through their established committees, will contribute to change of mindsets and behaviours that strengthen peace within homes,” Ombudsman Maiava said. 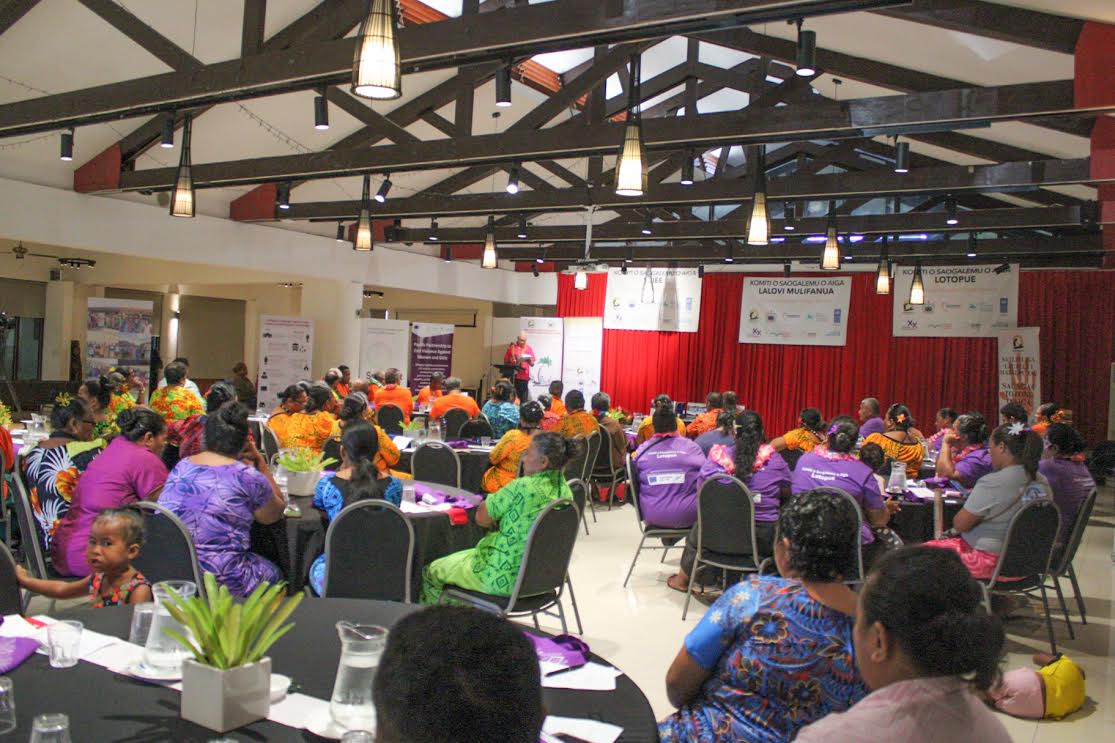 The committees, he noted, will be the eyes and ears of the Fono to report to the Village Council or Police any family violence issues.

The committee pilot project is part of Recommendation 20 from the National Inquiry into Family Violence 2018 by the National Human Rights Institute.

Ms Magele, a mother of four from Vaiee, admited to raising her children using corporal punishment as a way to discipline them when they were growing up.

She said due to her parental guidance, her children are today successful and all are employed with one a police officer and another training to become a church minister.

“I spanked them and I talked to them. If I didn’t spank them, they would not be doing so well,” she said.

However, she acknowledged that children these days are different and are growing up in a different time.

“Times have changed from when they used to beat us up. These days you can just say something to your child and we have seen what happens...some they kill themselves,” she added.

“Those days of hitting our children are gone. Right now, the crimes of violence against women and children, they are like a wildfire, not just verbal abuse but also spanking and other acts of violence.”

When the violence prevention program was introduced to the village, things changed for the better, Ms Magele revealed.