The Government has postponed the repatriation flight direct from Los Angeles scheduled for Friday. (Photo: Vaitogi A. Matafeo)
Health

Fears about the coronavirus spreading to Samoa has forced the Government to postpone the repatriation flight from Los Angeles, United States of America, that was scheduled for Friday.

Prime Minister, Tuilaepa Dr. Sa'ilele Maleilegaoi, made the announcement on Friday afternoon, after Cabinet made its decision soon after 1pm.

Tuilaepa apologised to everyone who was looking forward to coming home, saying it was a difficult decision to make but it had to be done.

“This was one of the hardest decisions," he said. "It wasn’t easy, especially when our people (the passengers) have long prepared to come home, including our sailors who were out at sea for a long time."

He said the sailors have been eager to come home for a long time, and Government tried hard to bring them back.

But the ongoing and even worsening coronavirus pandemic has forced the Government's hand.

Tuilaepa remains optimistic that with three strong candidates for COVID-19 vaccines, next month may bring new hope for easier repatriations. He did not say when the flight has been postponed to. 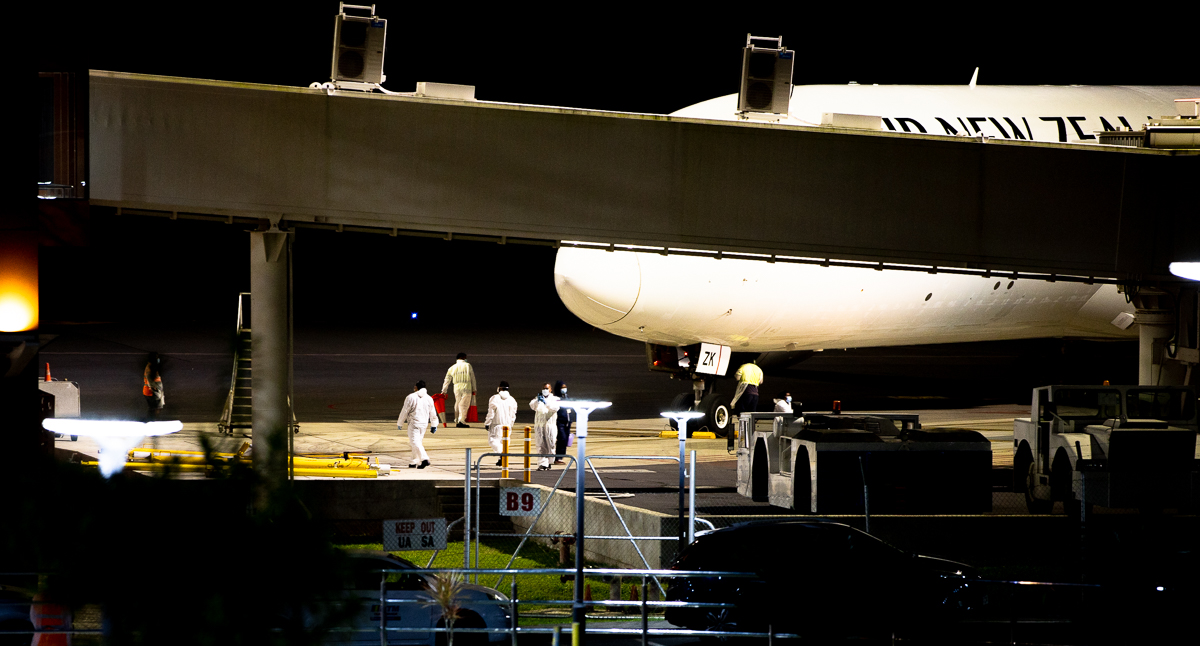 For now, no decision has been made on whether to postpone on the two flights out of New Zealand scheduled for December 04 and 07, with Tuilaepa saying that the Government will cross that bridge when it comes.

Asked how much money the Government has lost on the flight postponement, Tuilaepa said there is a Committee responsible for such issues, including the cost.

The flight from Los Angeles was meant to be carrying 146 sailors working across several shipping and cruise ship companies, missionaries from the Church of Jesus Christ of Latter Day Saints from the Philippines and Hawai’i, scholarship students from China and Europe, and medical treatment patients returning from India.

Tuilaepa said that as well as the U.S., the COVID-19 situation in Europe is not getting better.

Samoa had initially asked New Zealand to accommodate the passengers for two weeks quarantine there before flying to Apia.

They waited until the very latest possible moment before deciding to postpone the flight, with no response as yet from New Zealand authorities except for an acknowledgment of their request last week.

Tuilaepa said this is why the postponement was only made today, two days out from the flight.

“We understand the concerns New Zealand also has in regards to flights from a hotspot.”

He hopes this is enough time for the passengers to amend their plans. The Ministry of Foreign Affairs will step in to help where needed with visas, he added.

Their new scheduled date to finish quarantine is Wednesday 02 December, but Nanai understands this is subject to change depending on the results of the first sailor’s blood tests in New Zealand.

They are in a separate isolation facility to the rest of the 274 citizens, whose scheduled departure from quarantine is Friday evening. No decision has been announced as to whether their time in quarantine will be extended.

They will be tested a second time for COVID-19 on Friday as scheduled.

Testing at both the Scientific Research Organisation of Samoa and New Zealand’s national Institute of Environmental Science Research found different swab tests on the same sailor returned both positive and negative results.

Samoa will now be sending blood samples of the sailor to New Zealand for further testing and results are expected on Monday.

Tuilaepa said following this case, and in the wake of rising COVID-19 cases globally, Cabinet has decided to postpone the flight of 290 people to Apia direct from Los Angeles.

On Wednesday afternoon, Tuilaepa said that many had approached him cautioning against the flight, including the National Council of Churches.

Meanwhile, the sailor who both tested positive and negative last week has been quarantined with his roommate at the Tupua Tamasese Meaole National Hospital at Moto’otua since last week.

The roommate has been tested several times, most recently on Saturday, and continues to test negative for COVID-19. The Samoa Observer understands neither have shown any symptoms.

The flight from Los Angeles was meant to be carrying 146 sailors working across several shipping and cruise ship companies, missionaries from the Church of Jesus Christ of Latter-Day Saints from the Philippines and Hawai’i, scholarship students from China and Europe, and medical treatment patients returning from India.

It had already been decided that they would quarantine for three weeks instead of the typical two. Tuilaepa did not say whether this would be true for when the flight is eventually rescheduled.

Passengers are still required to have hard-copy evidence of a negative COVID-19 test results from within three days of arrival and a medical clearance certificate that details their health vitals, absence of COVID-19 symptoms and medical history.

According to the L.A. public health department, L.A. has been reporting thousands of new cases of the coronavirus per day. The latest data for Monday 23 November shows 6,124 cases reported, with a seven-day daily positivity rate of 6.4 per cent. The county is testing around 60,000 people per week.

In India too, daily case numbers are high but dropping, with the latest figures showing 800 new cases reported on Monday, down from more than 1000 daily infections over the weekend.

The country has been especially hard hit by the pandemic with cases ramping up in early May and only last month beginning to fall.

It has recorded over nine million cases this year and around 134,000 people have died.

Hawaii has been recording high numbers of new cases each day too, reaching 103 on Monday 23 November, but these are significantly lower numbers than during August, when Hawaii had up to 300 or more new cases a day.

The Philippines recorded 1,108 new cases on Tuesday 24 November, and is also showing a gradual drop in new case figures since a peak in August. Manila and six other areas across the country are under lockdown until the end of November.