Trust is a Government’s most valuable commodity.

This is especially true in times of national crisis. In times such as these the community looks for leadership and an authoritative voice to help them understand fast-unfolding events to help stay informed and stave off panic.

The primal human need for reassurance has been obvious as COVID-19 has made its tracks around the world.

It has become obvious in the general public’s gratitude towards the officer in charge of releasing public information about the virus across the wide range of countries in which it has emerged as a health problem.

Writing earlier this year, the Canadian newspaper the National Post described the new phenomenon perfectly with an article titled: “A new breed of celebrity in the age of COVID-19: the chief medical officer”.

In New Zealand, health chief Dr. Ashley Bloomfield has become a national celebrity; the same too can be said of Dr. Anthony Fauci in America.

Examples abound around the world of previously unknown health officials who have become household names simply because of the calm and composed manner in which they have briefed their nations about the coronavirus crisis.

These medical officers gave the public what they craved in a crisis: the facts as they came to hand and no spin.

From what we saw on Thursday, with the way the Government handled the first positive case of the coronavirus on island, it is unlikely that we are going to see the same gratitude shown to our public officials from the people of Samoa.

One thing that allowed people such as Dr. Bloomfield to enter people’s hearts was his transparent manner and that his daily briefings arrived like clockwork with the press invited to ask as many questions as they liked.

As New Zealand journalist Hayden Donnell noted in a piece this week in the strange post-COVID 19 world, Dr. Bloomfield’s and his trustworthy manner became a part of people’s daily lives.

At their peak the briefings even pulled in double the ratings of 1News and Dr. Bloomfield was nominated for TV Personality of the Year (he withdrew himself, citing a contradiction with his role as a public servant).

“This year, we replaced Shakespeare and Game of Thrones with something much more compelling: a daily briefing where a small, bespectacled man stood in a dimly lit room and dispassionately read out horrifying medical information,” Donnell wrote.

The secret to Dr. Bloomfield’s briefings is in their consistency and their openness.

He fessed up when a journalist asked a question to which he did not know an answer. He briefed reporters (and by extension the public) on operations that were underway and unresolved.

When it was revealed in June that two incoming passengers quarantined in a hotel had been allowed to roam freely, Dr. Bloomfield freely admitted that had “no idea” about how many other cases of managed quarantine failure there were - and he apologised.

"It's clear ... we didn't meet expectations and I'm sorry about that,” he said.

The sense of honesty was palpable.

His readiness to admit the limits of his knowledge and admit to his mistakes are the qualities that endeared him to New Zealanders.

We can draw a sharp contrast between this approach and that shown by the Government of Samoa on Thursday.

Details still remain unknown about the sailor who remains in isolation at the national hospital but the Government’s first press conference breaking the news was guilty of extensive omission of information.

The Government issued journalists with no official invitation to attend the Prime Minister’s early morning announcement, at which no questions were taken and for which only the state-owned media outlets were prepared.

The Prime Minister, Tuilaepa Dr. Sa'ilele Malielegaoi, sought to control perhaps the most significant announcement of the year by entirely bypassing the independent media.

Instead he damaged the Government’s credibility by the omission of key details.

On Thursday the Government gave itself credit for holding a press conference only two-and-a-half hours after a confirmatory test for the virus was returned negative.

But what about the original, positive test which was returned hours earlier?

Should the Government not have felt obliged to inform the public as soon as it had the information to hand that the pandemic had shown its first signs of reaching Samoan shores?

We were told by the Prime Minister that a positive test was returned on Wednesday night but not when. It would seem precise timelines are only disclosed when they are to the Government's benefit.

Nor was the explanation for how contradictory testing results could have come about explained adequately leading to significant confusion within the public. The possibility that Samoan testers were not sufficiently trained was never canvassed.

Tuilaepa also omitted the crucial detail that not one man but two were now in isolation at the national hospital: the man who had tested positive and his roommate.

The Government later released this information later in the day but it’s unclear why it chose to omit it from the Prime Minister’s original announcement.

After all, as microbiologist Dr. Siousxie Wiles told the Samoa Observer on Friday it was almost an infected person sharing the same room as another would be “highly likely” to soon contract the virus later in the day.

But until the Government issued an e-mailed statement at about 3pm confirming that the two men were in isolation, rumours were fanned across the medical community that there were two positive coronavirus cases.

That was a reasonable inference on the part of hospital staff who saw two people in an isolation ward - and one that could have easily been put to rest.

Again, while the National Emergency Operations Centre (N.E.O.C.) was preparing for a 4.30pm press conference that afternoon, erroneous information was making its way around social media.

To their credit, N.E.O.C.’s acting chair, Agafili Shem Leo, and Leausa did take questions at the 4.30pm press conference.

But why two key branches of Government meant to be working in concert about the release of public information did not do so earlier beggars belief.

One thing Tuilaepa did remember to do on Friday was to enjoin the public to stay calm: “To panic is not of God,” he said.

Like citizens of countries around the world, the people of Samoa are more than capable of deciding how to react to a health crisis.

But to do so they have to first rely upon a Government that delivers accurate information and plays an open hand about developments regardless of how they might look. 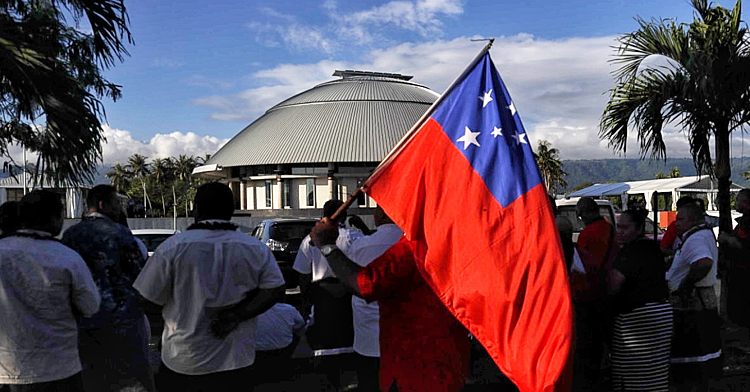