More ANZ customers have sent money to family and friends in the Pacific since ANZ introduced the temporary waiver of its $7 international money transfer fee. (Photo: Vaitogi A. Matafeo)

ANZ customers are sending more money to family and friends in the Pacific since it temporarily waived its transfer fees from Australia and New Zealand, the bank said.

According to an ANZ media release, since the introduction of the waiver of its $7 transfer fee, ANZ customers have made more than 8,000 transfers totaling NZD$15million.

A total of ten Pacific countries will benefit from the fee waiver.

The ANZ Regional Executive for the Pacific, Tessa Price, said that money flows into the Pacific from family and friends abroad, also known as remittances, was significant to Pacific economies.

She said that in Pacific economies remittances can count for up to 25 percent of a household’s disposable income. 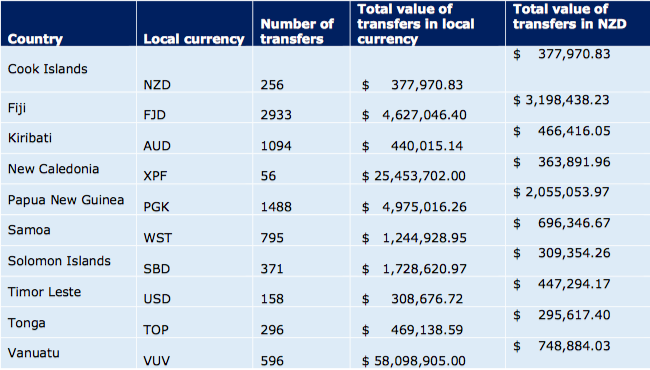 "With the islands grappling with the impacts of COVID-19, it’s important that we keep costs low to encourage money flows to where it’s needed," she said.

"I encourage our Pasifika customers in Australia and New Zealand to take advantage of the fee waiver which will run until the end of February 2021."

"Remittances don’t only support household budgets, they help pay for imports and, as a result, ease the pressure on a nation’s foreign reserves," he said.

"These remittances are essential for the economic recovery of Pacific island countries so it’s encouraging to see our ANZ customers in New Zealand and Australia taking this opportunity to send money home."