The Tumua Maroons have defended their honor by beating Puleono Blues 24-14 in the last game of the inaugural Island of Origin at the Apia Park Stadium on Wednesday evening.

The Maroons player, Anthony Ati, was the first to score a try at the far right of the scoreline and together with their conversion led 6-0. 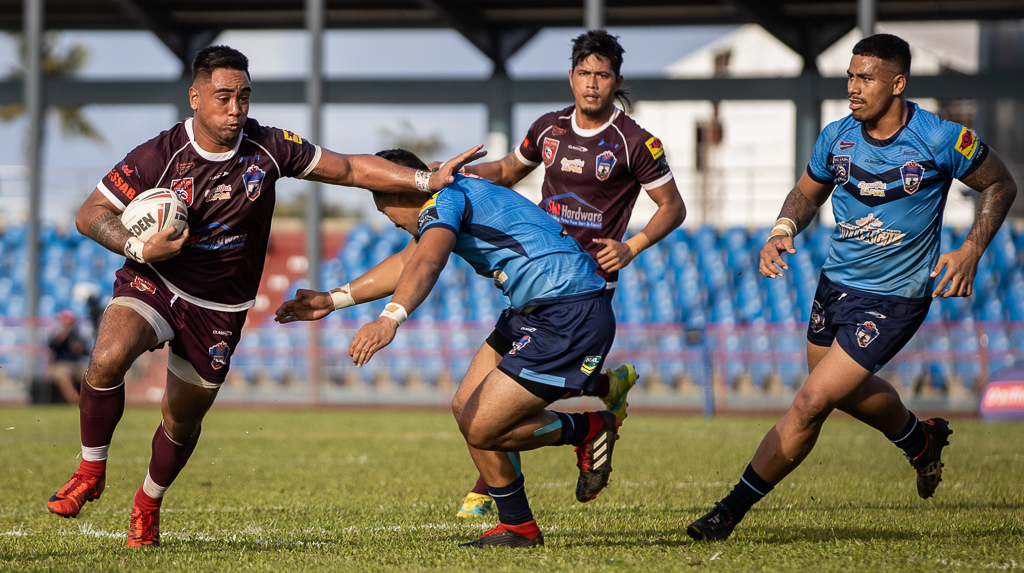 However, a sin bin was given to Maroons jersey number 8 player for foul play within 20 minutes left in the first half.

Few minutes after Maroons' first try, Puleono Blues captain Onopene Tuaia responded with a try at the left side of the post and with the conversion tied the scoreboard 6-6.

But the Maroons added another 4 points with a try, only to draw a response from Fouina of the Blues with another try and a successful conversion. The Blues took the lead and went into halftime break up 12-10. 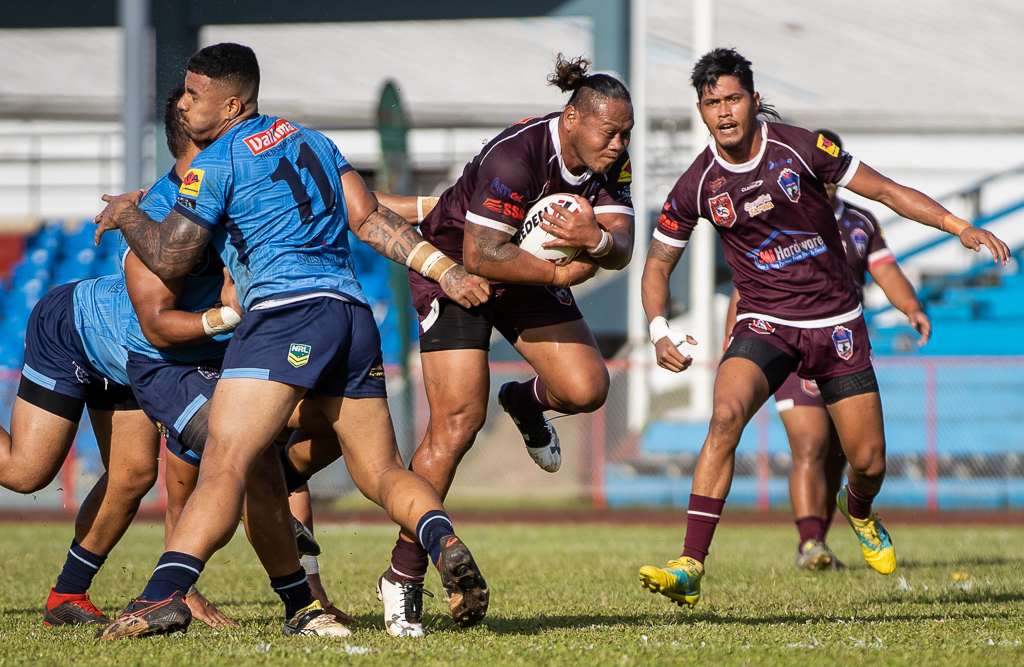 In the second half, the Maroons were keen not to lose and scored two tries and two penalties to add to their scores, creating a 14 point lead against Puleono Blues 24 - 10.

But the Blues responded with a penalty kick to add another two points to their scores to settle for a 24 - 14 scoreline.

Speaking during the award ceremony, the Puleono Blues captain said he is grateful to Tumua Maroons for hosting such a great game, and he is also grateful for their supporters. 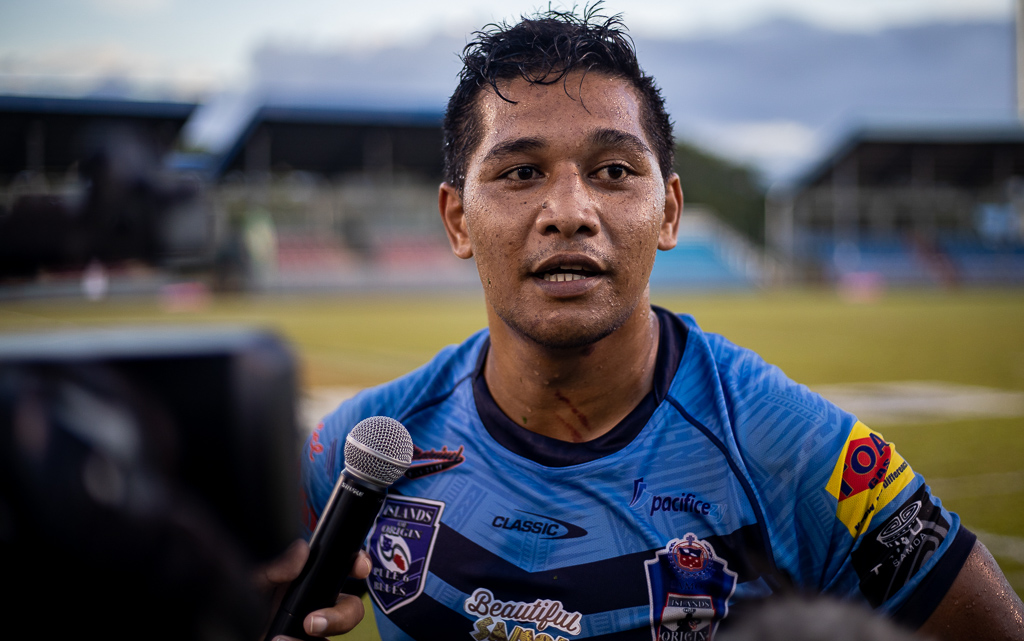 "I want to thank my team Puleono for putting on such a great game, and for having that team spirit and to play for our supporters who are watching from everywhere around the world," said Onopene Tuaia, Puleono Blues captain.

Thank you also to Tumua Maroons, you guys deserved it. And we hope to come back stronger next year. Great game brothers."

The Maroons captain, Tanielu Pasene, said that after their loss last week to Puleono in Savaii, they came back and worked extra hard to make sure it didn't happen again. 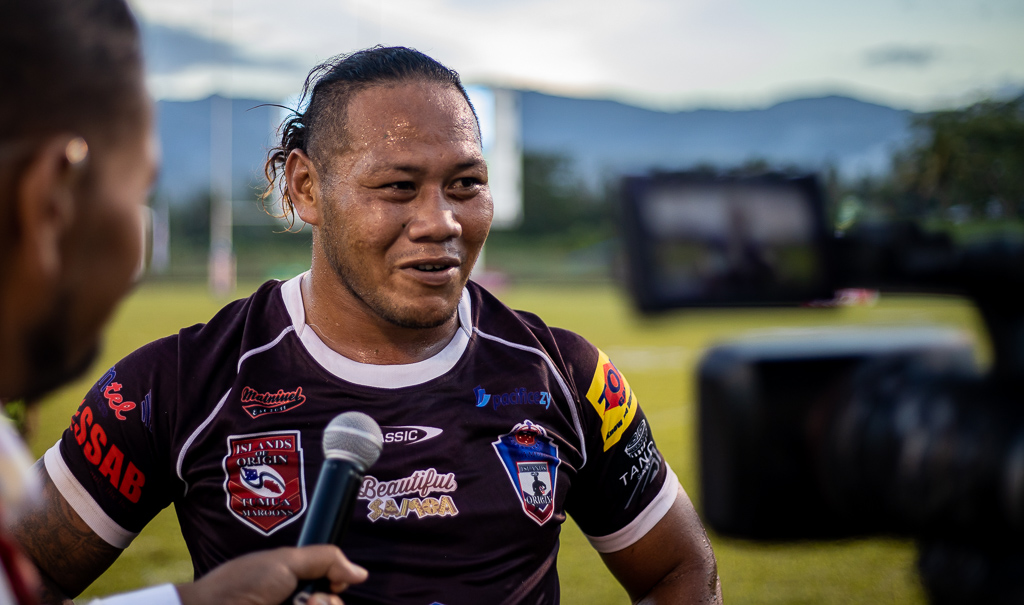 "Last week we lost to Puleono Blues, and today we have learned our lesson from that loss, so we worked on our strategies and also we did not want to lose as we were the home game," he said.

But I am grateful that God was in our favor. And we did it, we won, and thank you to the Maroon team for such a tough game and for following the game plan well. We also thank our sponsors but most especially our management for a job well done. Thank you Puleono Blues for a tough game tonight."

The name Samoa Rugby Union (S.R.U.) is now a thing of the past. Last week, the Union's Board approved the proposed rebranding of the Union to be called "Lakapi Samoa".