No one gets into Farmer Joe's without first sanitising their hands. (Photo: Aufai Areta Areta)
TM
By Tina Mata'afa-Tufele, 20/11/2020

Ah Liki Wholesale employees across all of its businesses including Farmer Joe’s Supermarkets are wearing face masks following reports that Samoa has registered its first positive coronavirus case.

Ese Uepa, an expectant mother from Puipaa and cashier at Ah Liki Wholesale in Vaitele Tai, confirmed the change in policy and said she welcomed the company promoting employee safety.

On Thursday each company employee was given their own face mask.The personal protective equipment is especially important to Uepa who is nine months pregnant with her first child.

“I hear there is a positive case [of COVID-19]. This is good that face masks are being enforced and we were each given a face mask for our safety and protection,” she told the Samoa Observer. 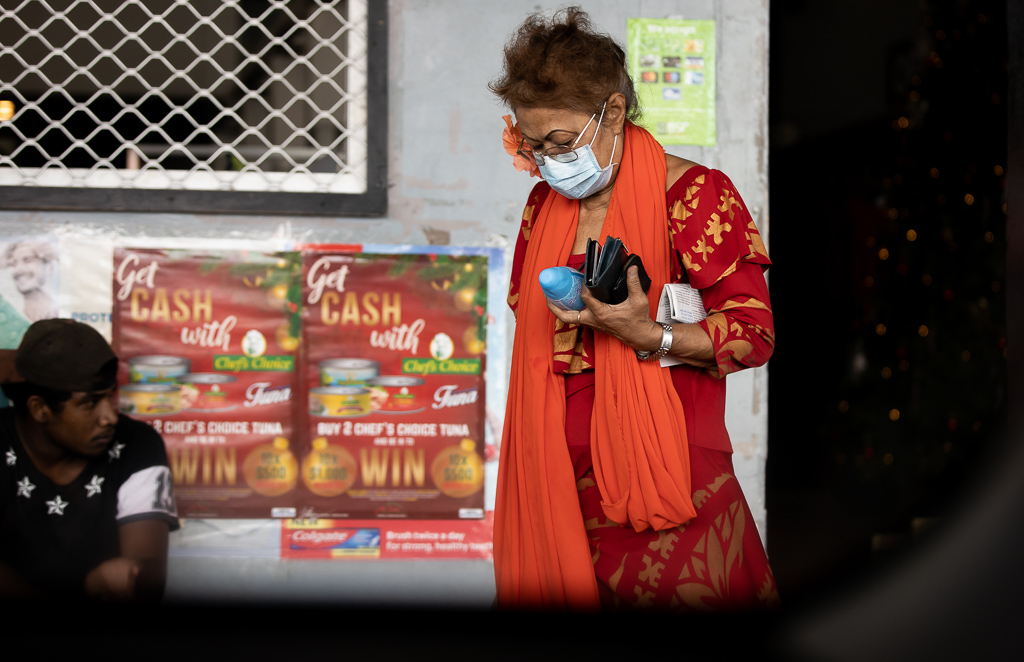 “It’s so important for us because we are cashiers and we have to face the people.”

When the Samoa Observer met Ms. Uepa outside Farmer Joe’s, she was on her way to the hospital for a prenatal check-up.

Ms. Uepa encouraged the community to use face masks in response to the threat presented by COVID-19 and was thankful that her employers had taken measures to keep them safe.

During an early morning press conference, the Prime Minister emphasised the need for the public to take precautionary measures such as observing social distancing rules and paying special attention to hygiene.

Similarly, Ms. Uepa urged the people of Samoa to help protect the country from a potential outbreak

An attempt to reach Farmer Joe's Manager A.J. Cowley on Thursday was unsuccessful.

Timothy DeVoe, a father at the Best Value Supermarket in Vaitele Fou, said the news came as a surprise but it shouldn't be given the amount of time the nation has been preparing for an outbreak.

“It’s shocking but at the same time it shouldn’t be,” Mr. DeVoe said. 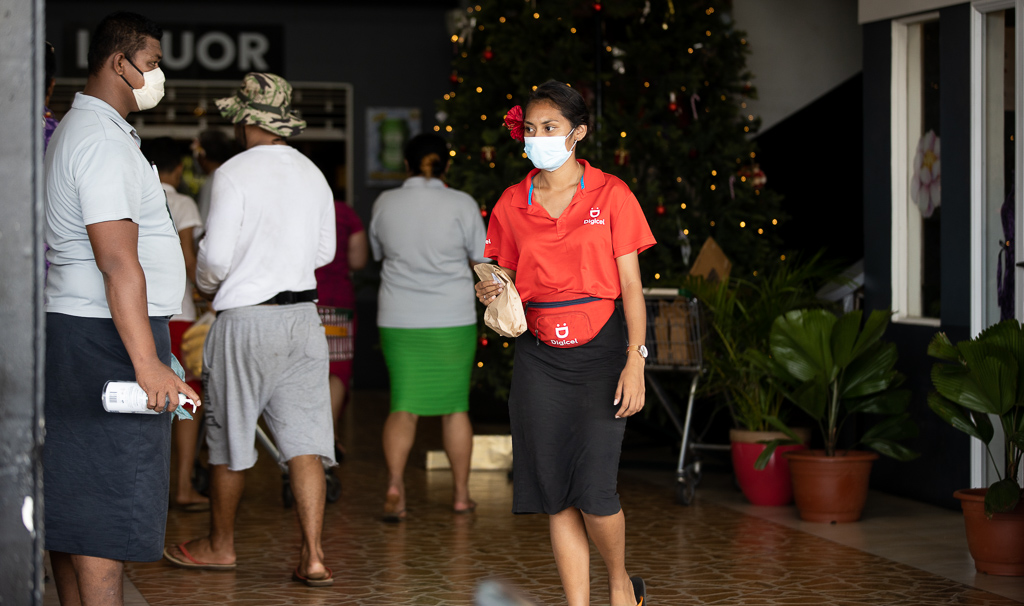 When the first case of COVID-19 was confirmed and announced Thursday, he said he couldn’t think of anything to complain about on social media.

“Now that a case has been confirmed, now is the time to really stand up and stand together as a nation and pray and take precautions and safety measures like wearing masks,” said Mr. DeVoe.

“My children, they already have masks. We have had them for a while. So I think for the time being, it’s just buying food and stuff like that.

“Seriously, we have been preparing for months. There are people who have not prepared at all. They didn’t get ready and here it is and they are rushing everything.

“We have had the box masks for a long time; we got it from the hospital and this was during measles so we just opened the box of masks.”