Samoa’s only delicatessen has transformed into a café, with owners Joe and Amanda Lam hoping the revamp will help them beat the impacts of COVID-19 on Samoa’s economy.

The Picked Lam, once a standing-room-only store with a counter and coffee machine, is now a fully-fledged café, deli, and shop, running six days a week serving breakfast, lunch, and dinner.

Owner, operator, and in-house chef Mr. Lam is hoping to combine the deli with a dine-in experience will make a few more sales, and get the businesses through the COVID-19 crisis.

The main goal is to keep their 15 staff gainfully employed, he said, with profitmaking basically off the table.

“But as far as my own conscience and how I was brought up, I need them to be okay, otherwise I don’t feel okay.

“It would be easier to shut to doors and chill out until it’s busy again but then what do I do with 15 staff unemployed with no benefits?” 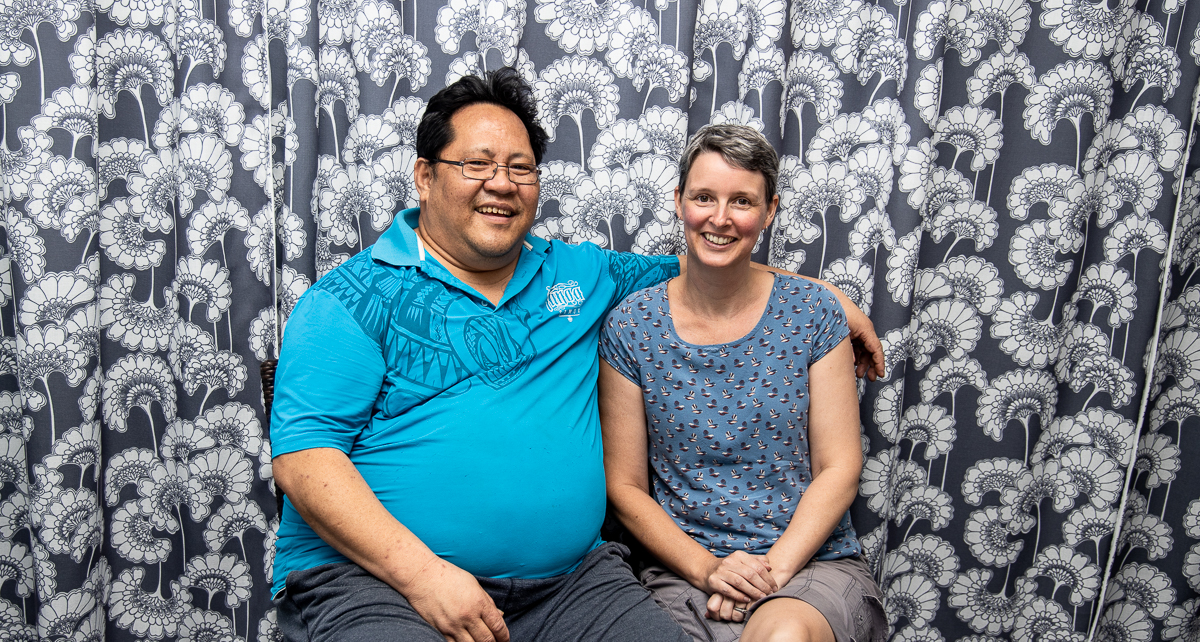 Scalini’s, one of Apia’s most well-known eateries, had lost 75 per cent of its business leading up to the Lams' decision to close it, though the deli and its fresh bread, pastries, and coffee has maintained a steady flow of businesses.

Between a lack of tourists, a restricted private sector, and the constantly contracting economy, the appetite for fine dining in Apia is low.

Mr. Lam said while today’s state of emergency restrictions on hospitality don’t affect his opening hours or ability to trade, they are putting pressure on his main clientele.

“A lot of my clients are business owners. Because business is down or uncertain at the moment, they are holding on to their money, so they don’t come out as much.

“And because I am not making any money, I tend to hold back on spending. My suppliers will report to their suppliers… it’s like a domino effect on everybody.

“There is this big feeling of uncertainty around. Our economy has stopped churning money and we need people to spend to make sure that the wheel keeps turning.”

While he supports keeping the border closed, Mr. Lam said if all the restrictions on trade and hospitality were removed a lot of uncertainty for the public would go away.

Still today people are not clear on different rules for different establishments, he said, with customers telling him they are surprised to see the deli open.

“There is not enough information out there,” Mr. Lam said.

Samoa’s new post-COVID-19 economy is hard for the Lam family to get used to. It has been hard to predict how busy they might be on a given night, making stock and staffing a challenge.

“That’s frustrating. Coming from a place and brand that we didn’t really need to advertise, to having to push for costs is hard to take.”

But he has faith that the café will take off because it was the deli customers who asked for it in the first place, he said.

“It gives us a chance to sell a bit more, get extra sales when they sit down.”

The Pickled Lam Eatery will now be open from 7.30 until 10pm from Monday to Friday, with an early 4pm finish on Saturdays.

Mr. Lam is hoping Saturdays will become their busiest days with their signature dish on offer for just that one day a week: homemade crumpets.

“It’s kind of got everybody excited. We made the first batch on Saturday and it was good, but not good enough. We have an idea of how to make it better.

“It will be our signature breakfast, but it will only be available on Saturday because it takes ages to make.”

The new café’s menu still carries much of the quality Scalini’s was known for but the chef has allowed himself to stray away from a purely Italian menu.

While the Mediterranean still inspires most of the meals, he is also offering cuisine with Asian and Middle Eastern flavours. Another new feature: milkshakes.

“If it’s not available consistently I tend to snub it a little because I don’t want you to come today and have an amazing meal and come another week and we haven’t got it.”

He said he hopes people will keep supporting each other and their businesses in spite of the global uncertainty.