Parliament's Sergeant-at-Arms was forced to intervene to prevent a dispute between two M.P.s from boiling over into a confrontation after a fiery session of debate on Tuesday morning.

Former Speaker, Laauli Leuatea Schmidt, and M.P. Lealailepule Rimoni Aiafi were involved in an argument as they were leaving the chamber of Parliament on Tuesday.

Immediately during the break, Laauli was walking out to leave and called out to Leala, and the Sergeant intervened. The M.P.s were held back from each other.

The dispute followed a morning session of Parliamentary debate in which La’auli and the Prime Minister, Tuilaepa Dr. Sa'ilele Malielegaoi, had engaged in a serious war of words.

The two clashed over the issue of the seats of former independent M.P.s Olo Fiti Vaai and Faumuina Wayne Fong being declared vacant after they were found to have fallen foul of anti-party switching legislation. 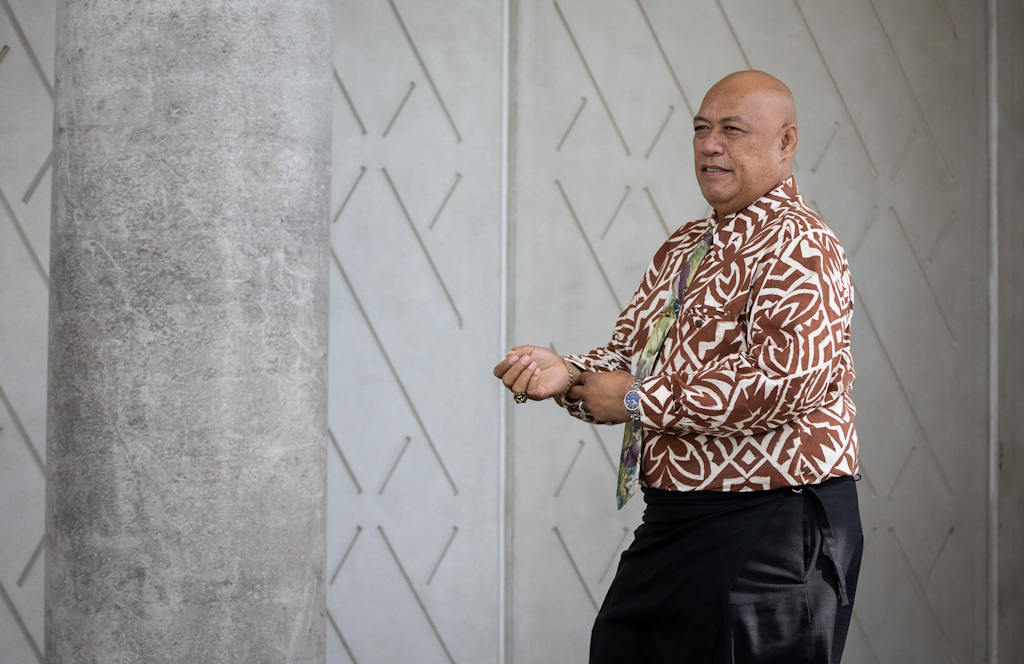 Outside of Parliament Leala accused Laauli of being rude during the earlier session.

“His actions are not warranted in Parliament and he’s going overboard with his rudeness and it's getting out of hand and someone needs to put him in his place,” said Leala.

La’auli told the media that he was merely making comments about the vacating of seats for Faumuina and Olo as opposed to sitting Associate Ministers and M.P.s whom have been deemed ineligible to run in the upcoming elections due to their police records.

“Where is the fairness in that?” asked Laauli. I”d rather leave, they’re ganging up against me and I am the only one fighting”.

More than 100 Samoan sailors have had their hopes of family Christmas reunions dashed after a repatriation flight scheduled for last week was cancelled, leaving many devastated.