In the trailer Mr Leo introduces himself as a former Samoa rugby player.

“My name is Dan Leo and I’m a former Samoa rugby player dropped from the team after confronting corruption,” he said.

“I now want to find out whether rugby is intentionally exploiting the Pacific islands or whether our own political interference and corruption is in fact what is holding us back.”

“We actually play games where we get nothing from it. That is ridiculous,” Fuimaono Sapolu exclaims.

Tuilaepa, who is Chairman of the Samoa Rugby Union, also appears in the documentary and is heard criticizing the economics of rugby.

“We are helping to replenish the huge bank accounts of the big boys and yet we get nothing,” said Tuilaepa.

Another voice on the trailer likens the treatment of Pacific rugby players as “not far different from a slave ship.” 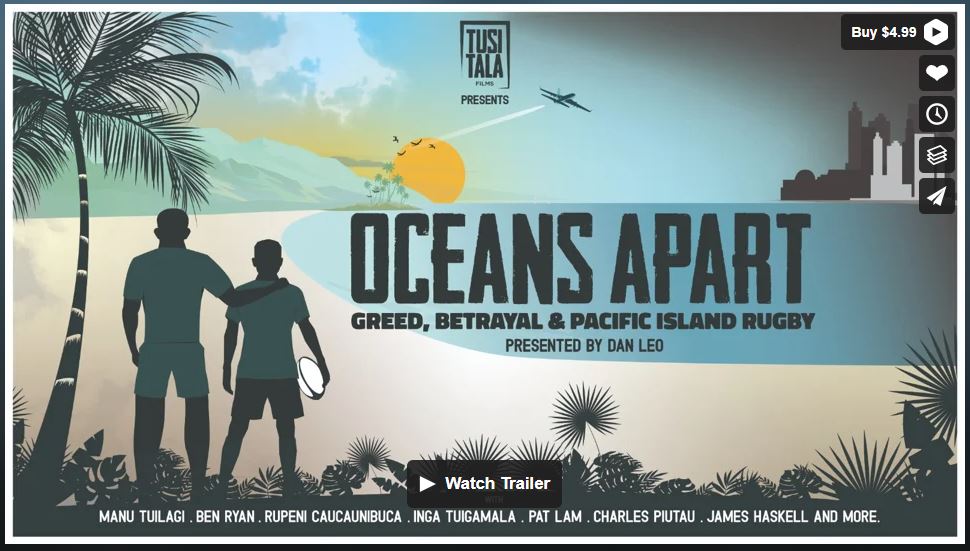 “This sums up the game of rugby today.”

The British news organization said Mr Leo has been working on the film, which is produced by Tusitala Films, for the past three years.

“With all the trouble in which rugby union finds itself during a pandemic, it is easy to forget that it was not all fine and dandy beforehand. Daniel Leo is one man who has been battling the status quo for the past six years,” reports The Times.

“The former Samoa forward, 38, is a familiar face in British rugby, having played for Wasps, London Irish and London Welsh. Leo is trying to have an even greater impact on the sport in retirement.”

Mr Leo thanked viewers and supporters of the documentary “in advance” on Twitter.

“Out now! Thanks in advance to everyone who watches, shares and gets alongside Pacific rugby as we strive for positive change,” he said.

Mr Leo did not immediately respond on Tuesday to direct messages from this newspaper sent to his Twitter account.