Manu Samoa coach touches down, out of quarantine

The new coach of the Manu Samoa, Mapusua Seilala Mapusua, has touched down in Samoa and after two weeks in quarantine, he is ready to begin his new role.

Mapusua was a keen spectator during the Lakapi Championship clashes at the Apia Park last weekend, which was one of his first tasks on the job.

On 30 October 2020, Coach Mapusua posted a photo of himself at the Faleolo International Airport, with the caption: "Not hard, not easy but different."

His followers twitted welcoming messages and wishing him all the best with his new calling. 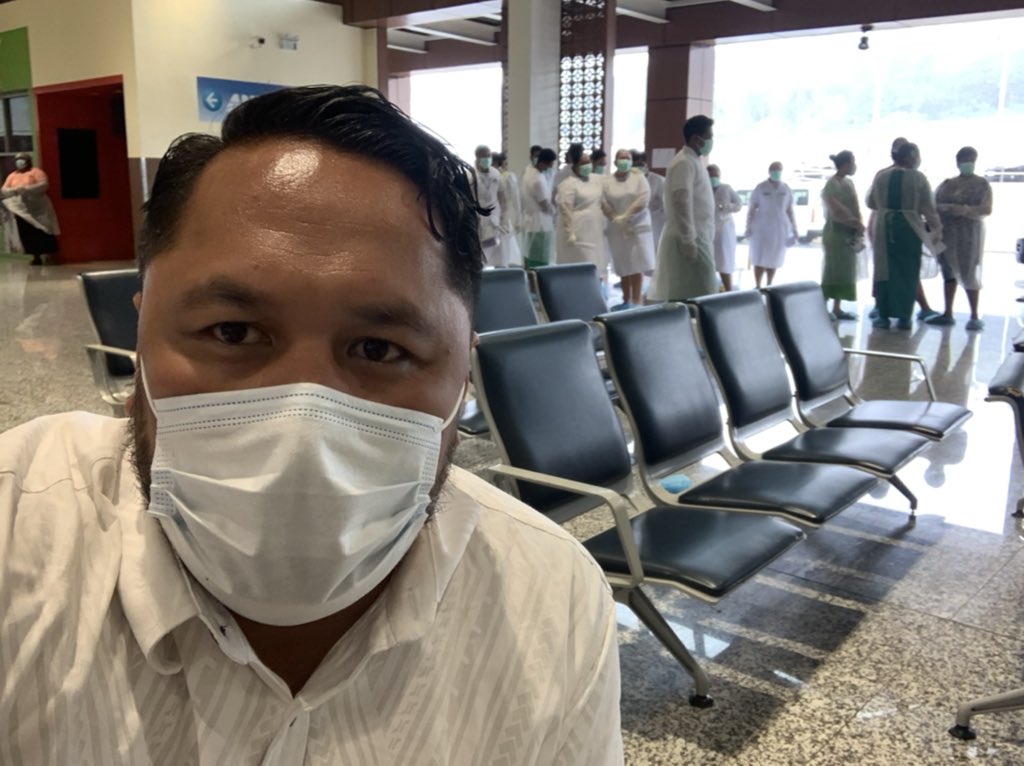 Mapusua was appointed as the Manu Samoa head coach on 12 August 2020, to take over from former Coach Vaeluaga Steve Jackson.

The Samoa Observer contacted the Samoa Rugby Union for an interview with Mapusua.

"We will be announcing a Press Conference this week and inviting you all to ask as many questions you can to Mapusua," said Seumanu Douglas Ngau Chun, the President of the High-Performance Unit.

At the H.P.U. field, Mapusua has been helping the teams taking part in the Lakapi Championship.