Joe Biden's apparent victory in the American Presidential race is a boost to the campaign for global climate action and therefore the region, a top Pacific Political Scientist says.

In an interview with Radio New Zealand Pacific, Dr. Kabutaulaka shared his views on the potential impacts of Biden’s win.

"The United States officially pulled out of the Paris [Climate] Agreement," he said in a 10 November interview with Radio New Zealand.

"One of the promises that the Biden government has is to recommit the U.S. in addressing climate change issues."

Kabutaulaka said this included recommitting the United States to international agreements like the Paris Climate Agreement.

"That is a very big issue for Pacific Islands countries," he said. 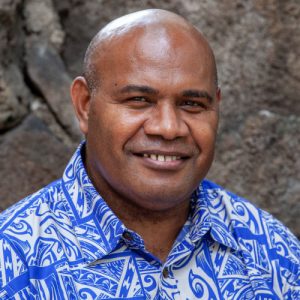 "Because they have been pushing for a very long-time for developed countries or industrialised countries, like the U.S., to be committed to issues of climate change."

Additionally, Dr. Kabutaulaka said Biden also campaigned in the U.S. looking at making the transition from a fossil fuel-based economy to one based on more sustainable renewable energy sources.

"It will not have an immediate impact on the world...particularly Pacific Island countries that are already affected by climate change,” he said.

"If that were true and the U.S. were to make that commitment and the transition then it could mean that other countries in the world will follow the U.S. example.

Along the same lines, Dr. Kabutaulaka, said United States environmental aid to the Pacific was likely to be redefined under a Biden presidency.

In recent years the U.S. has committed hundreds of millions of dollars to the region, through its 'Pacific Pledge', for economic development, environmental resilience and more recently to help with COVID-19 responses.

But Dr. Kabutaulaka said the environmental component of the funding had proved contentious under the Trump administration.

"Given the fact that climate change was the most important issue for Pacific Island countries there were a lot of questions about what environmental resilience meant," he said.

"I think that will be redefined under the Joe Biden government."

The United States officially pulled out of the Paris Climate Change Agreement in November 2019.