What can you do in Samoa on a Sunday afternoon?

Well, not much if you take the Apia Township for instance.

With most shops closed until 3pm the added restrictions of the State of Emergency, the Apia Township becomes like a ghost town.

On Sunday, 15 November 2020, the Samoa Observer went around Apia and saw a quiet town with a few locals.

They were going to a few restaurants opened to buy food while some hanging around the shady areas in town enjoying the breeze after Sunday service. 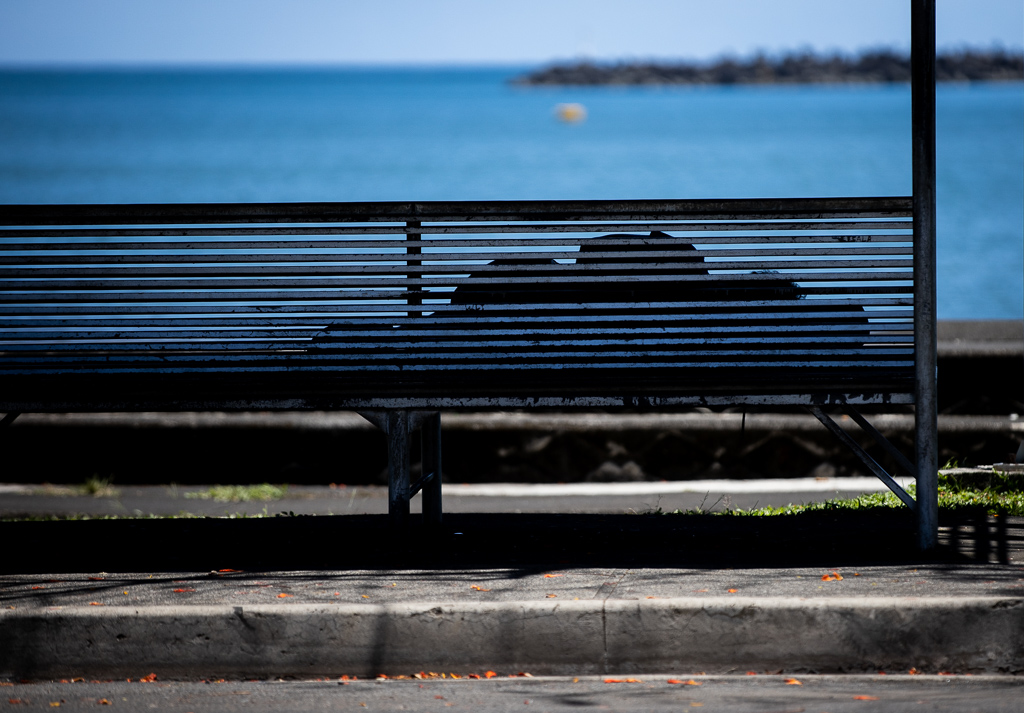 Seen in the photo is a local napping at the bus shelter facing the sea wall in front of the New Zealand Immigration. He was enjoying the sea-breeze and the sound of the sea as he napped near Beach-road Apia. 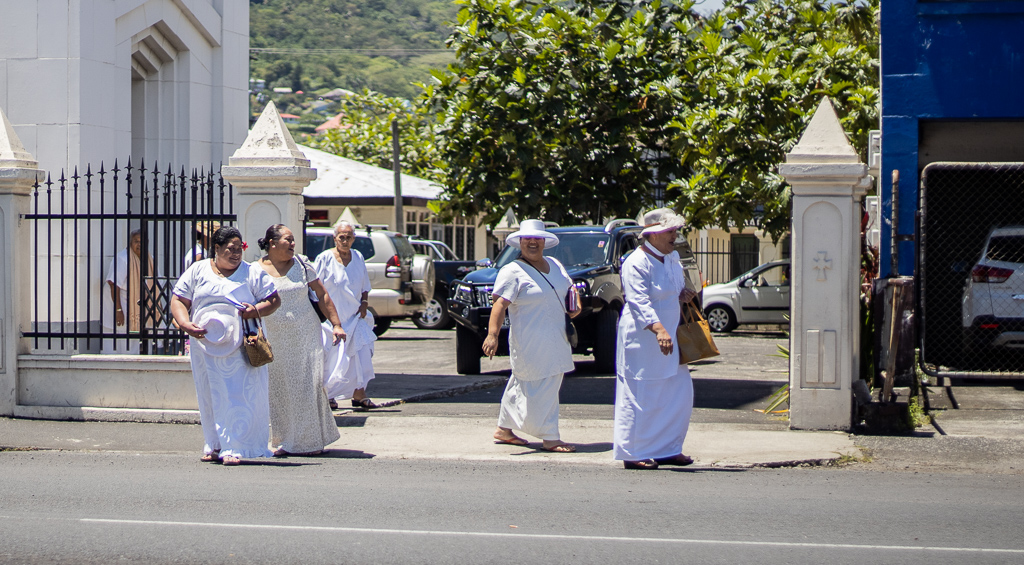 "We had a church meeting after the service and it was for the women (Fogo a le au uso)  where they had discussed their preparations for the upcoming faigataulaga," she said

"So they had discussed things like, how much their contribution would be that would go towards preparing food for the faigataulaga.

"And so after the meeting, everyone left to go home." 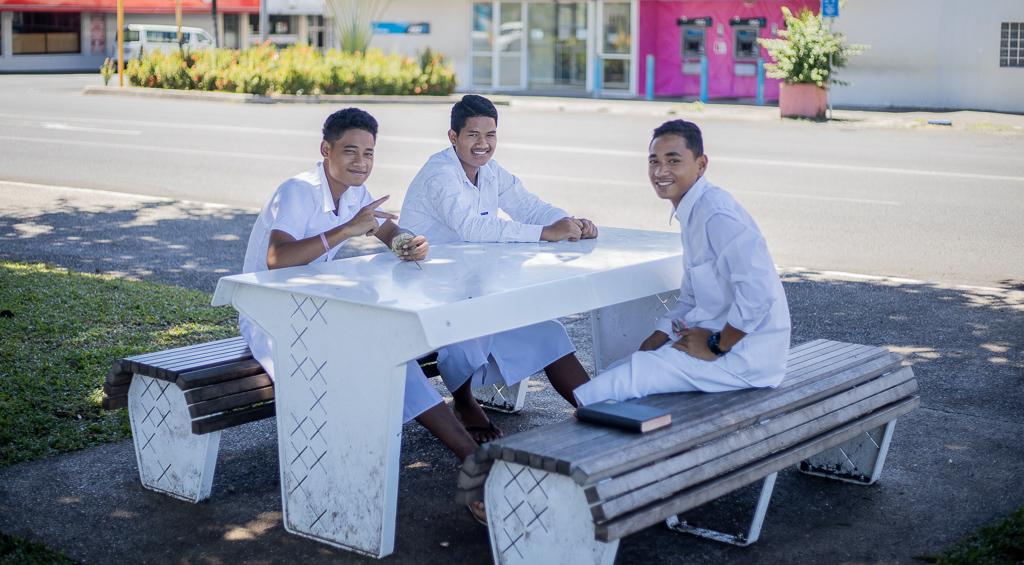 Manu'a, Finale and Mika from the Matafele Methodist Church after service waited under the shade in front of the government building for the church meeting to finish so they could go home. 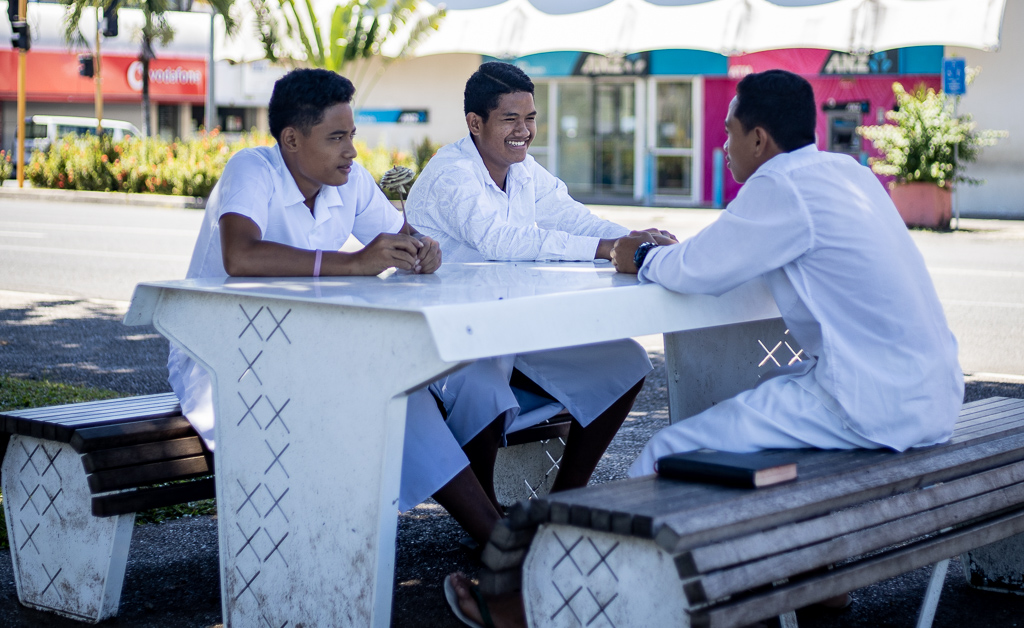 The three boys were seen talking and laughing as they waited; a typical Sunday catch up between friends in Apia.

"We went there to chill and for fresh air as we waited for the Fogo a le Au Uso to finish," said Mika

"We usually go there every Sunday, but only after church and not during church." 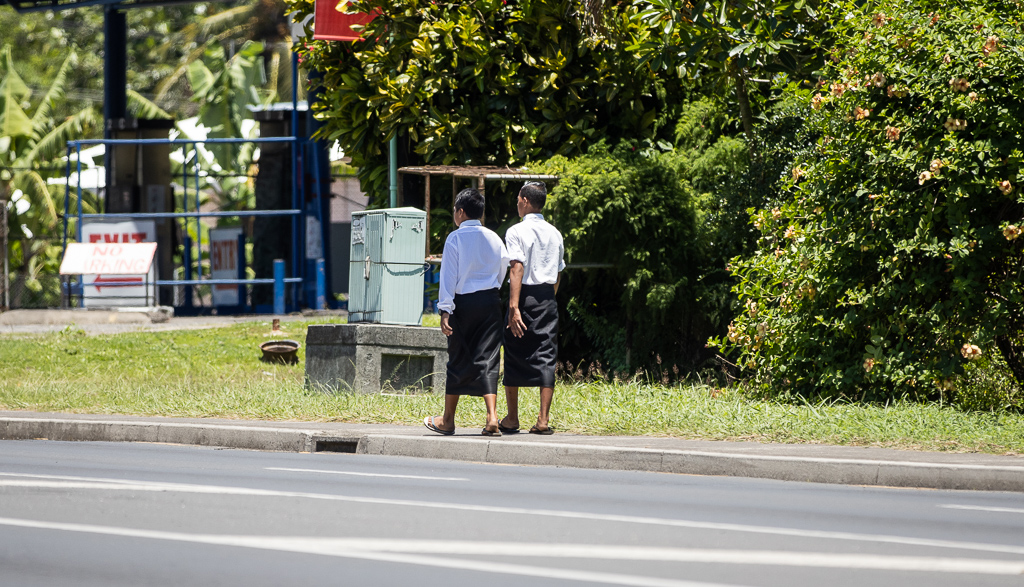 Some locals tend to walk to and from church on Sundays. These boys were seen walking home after church at Pesega. 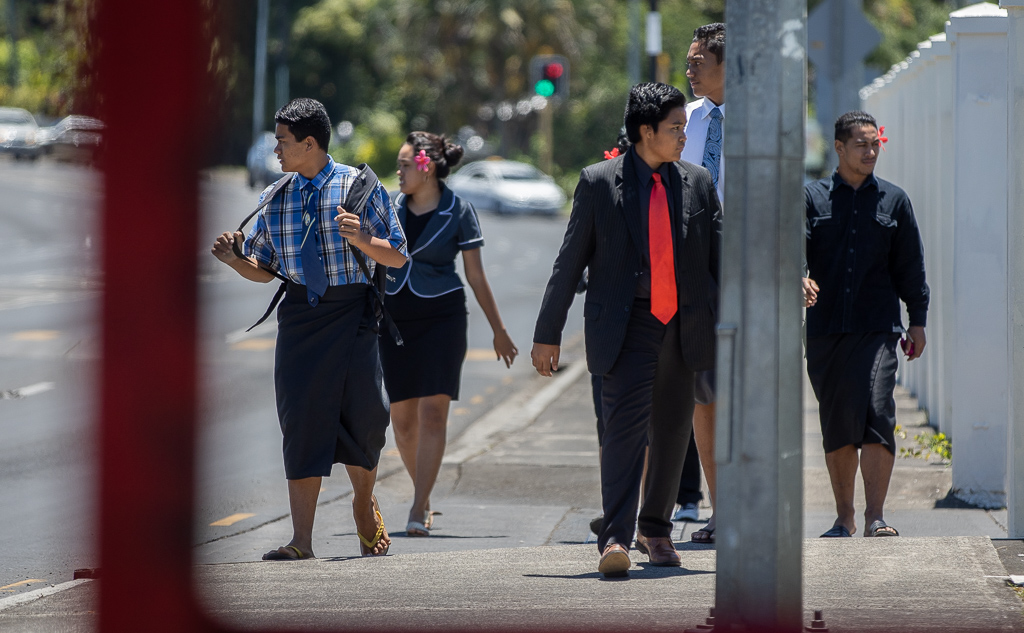 A group of kids walking along  the Pesega compound as they looked on the road and chatted amongst themselves.