The United Nations is hosting a creative writing competition to mark its 75th anniversary, asking Pacific authors to turn their pens to the topic: “The world we want”.

The Multi-Country Office for the Cook Islands, Niue, Samoa and Tokelau are hosting the contest as part of the UN 75 Global Conversation Campaign.

The global conversation was launched in January 2020 to mark the 75th anniversary of the United Nations, the world’s preeminent international organisation founded in the wake of the Second World War.

The conversation seeks to ask people across regions, ages and social groups, through surveys and dialogues about their hopes of the future.

Amid the COVID-19 pandemic, the immediate priority for the majority surveyed was access to basic services such as healthcare, safe water, sanitation and education.

The UN’s Resident Coordinator in Samoa, Simona Marinescu, explained in an interview with Samoa Observer that the campaign seeks to look at ways the United Nations can deliver a world that meets people’s needs.

The campaign will help the UN hear from over a million people about the priorities that the UN should address and how it could improve.

“Through this global campaign we realised that younger generations are a little bit more optimistic about the future than the older parts of the society, which means while we need to deliver a world that aligns with the visions of the younger generations, we also need to continue to build confidence, to build trust among the older parts of the society that they are not left behind,” Ms. Marinescu said.

They expect the people in the Pacific to be genuine and share with them through the creative writing competition their perceptions on the UN and their expectations from the UN.

The competition invites people of ages 15-29 to join the conversation on global cooperation and to express socio-economic and health struggle - and to share solutions.

The competition will close at the end of November. 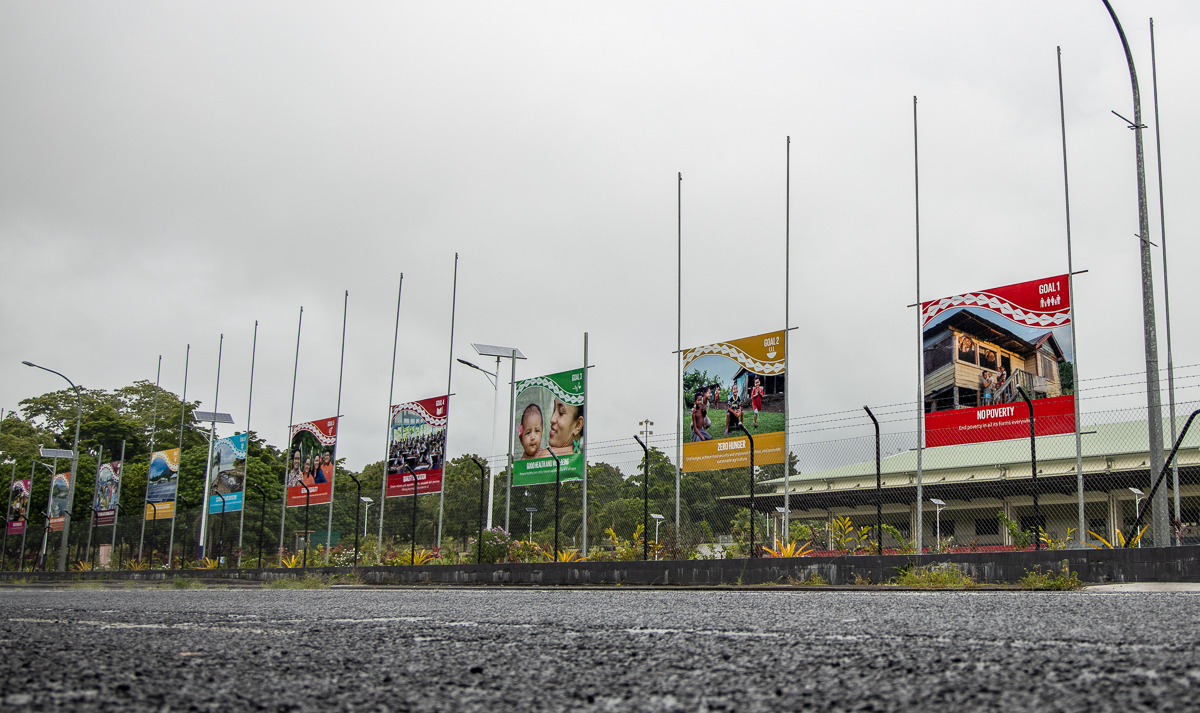 Ms. Marinescu said a lesson for her as a UN Resident Coordinator in the Pacific is that people in the region are very upfront when sharing their wants.

She wants that spirit to continue, particularly on issues of human rights and women's empowerment.

But unfortunately, according to her, the region still reports a lower rate of women's participation including in the public sphere and the political process.

They expect that to be reflected in the documents that they will receive in the writing competition; lessons about how to make the Pacific better for women.

She believes that one of the key topics people will write about is domestic violence and violence against children.

A recent demographic and health survey conducted by the Samoa Bureau of Statistics with the support of the UN revealed alarming rates of children experiencing violence.

That, Ms. Marinescu says, is a threat to the future of the country and so are persistently high levels of violence against women.

She also expects people to write about climate change.

Ms. Marinescu said that what the Pacific wants is for the United Nations to continue to maintain pressure on all its member states to meet Paris Agreement commitments to avert catastrophic temperature rises.

"Because unfortunately, those who have contributed the least to the climate change issues like the small island states are the most affected,' she said.

She said that people will also speak about jobs and stable employment for income to meet their needs.

The Pacific is young in demographic terms; she expects the youth will call on the UN to be more responsive to their needs.

At the 75th General Assembly, youth organisations made a call to the UN to introduce a minimum threshold of 20 per cent for young people’s representation in public and political processes.

She personally believes that quotes are not what they are looking for either for youth or women.

She said that a real partnership in which all groups are equally represented is a preferable outcome.

"So hopefully as we mark this 75th anniversary we understand that, we need to be more open, more transparent, more engaging so that people know who we are," she said.

Ms. Marinescu said that in its 75 years of existence, the UN has seen the end of colonialism and the forming of sovereign states and self-determination.

The organisation, she says, will continue to support peace and security, development, human rights and autonomy.

The All Saints Anglican Church in Samoa hosted its annual bazaar on Saturday with members of the public descending on the event in numbers to support the fundraising while enjoying the various fun and games on offer.