Focus up: the Vailima sponsored pool tournament is proving to be a winning event. (Photo: Aufa'i Areta Areta)

An increasingly popular local pool tournament has local bar manager Andrew Pedrana feeling optimistic that Cocktails on the Rocks will survive the impact of the coronavirus pandemic.

The long-standing bar on Beach Road is, like many other establishments in Apia, struggling with the lack of tourists and having to contend with a more cost-conscious local crowd.

But for the last five weeks, a weekly pool tournament has been bringing larger and larger crowds to the bar, to compete in and watch the Vailima sponsored event.

“As soon as we launched the tournament everyone quickly found partners, mostly from regulars in the bar,” Mr. Pedrana said.

“Thursday, traditionally was one of our quietest nights and it has quickly become one of the busiest. It gives us a bit of breathing space going into the weekend.

“[For] cash businesses like The Rocks, there isn’t a big cash reserve. We took a big hit over White Sunday and it has been a slow couple of weeks coming out of that so it’s good to have something like this to get us up and going again.”

The concept is simple enough. Eight teams of two have been playing off against each other for the last four Thursdays, with the winners of the night sitting the rest of the tournament out until the monthly finals.

Last Thursday, the winners and runners up of each round played each other, with the winning team securing a spot in the Christmas Grand Final at the end of December.

Another five-week tournament kicks off this week to see who they will play against.

Competitors are mostly regular pub-goers, Mr. Pedrana said, but when it comes time to chalk up their cues they become serious and focused competitors. 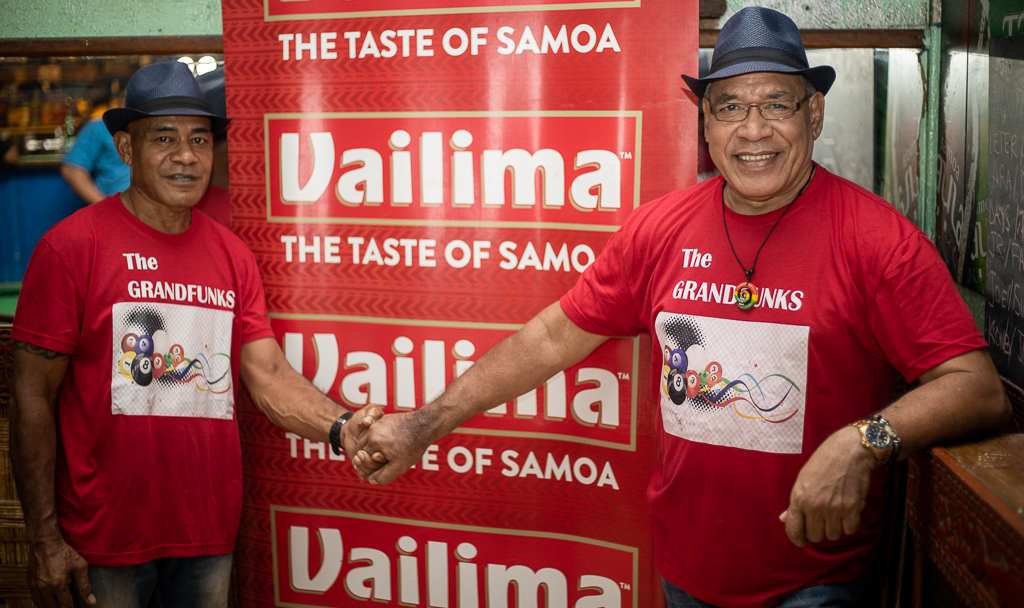 One pair of contestants have made themselves a uniform. Henry Enele Leaga and Valo Tusani are the Grandfunks: dressed in bright red teeshirts with their team name and a picture of pool balls on the front and “Baby Boomers” on the back.

They wear light denim jeans and navy blue woven fedoras, and the appearance that they’re just in for the fun of it. But when they lose their round of the finals night the disappointment is real.

The two are “social” pool players and enjoy a game most nights. But Mr. Leaga said that when they won the first round of the tournament it came as a shock.

“When we played the first game we thought we had lost because I was on the black, and they were on the black, but I missed it, so I thought that’s it,” Mr. Leaga said.

He had turned away to the bar, despondent until the bartender had to tell him the game was not yet over.

“Then the guy got the white in, so that’s how we got here – we got lucky in the first week," he said.

“The ultimate goal is to win, so we come with the motivation to win. Nobody wants to go into a competition to lose, I would like to think we’ll win."

The pair returned every other week of the tournament to watch and size up their opponents leading up to the finals.

For Mr. Leaga, whose children live in Australia and New Zealand, this year has been a challenge. Normally he would travel annually to visit his family but like many others, he has had to stay put here in Samoa.

The four games of the night are watched over by an adjudicator of sorts, a bar staff member who sets up the table, flips a coin for the starting team and sets the clock for the 15-minute match to begin.

But he isn’t needed to rule on match play. The teams are there to win but play the game in the sportsmanlike spirit it is intended, wordlessly taking turns to pot balls and bounce shots across the table.

At the end of the night when the winning team is declared and their prize, a box of Vailima brew, is delivered the pair share the winnings around the entire bar. 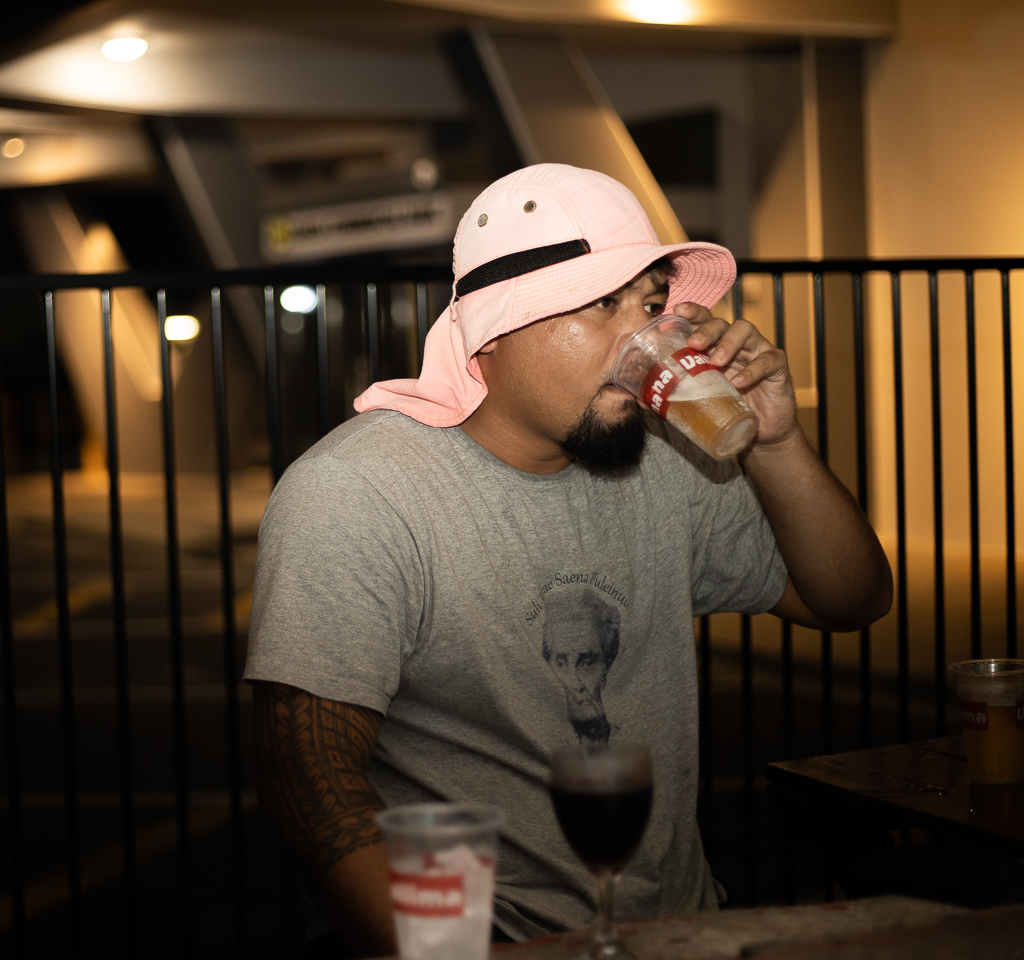 Bartender Mario Guevara has been overseeing the tournament nights and says he has noticed enthusiasm for the competition.

“As soon as we started I realised how they love being in tournaments and in competition so we created a family here that know each other, they are trying to beat each other in a good way,” he said.

“They take it so seriously because they want to be the best […], it’s like watching a rugby game.”

The regulars have a special motivation for winning: getting significant bragging rights to a tournament hosted in one of Samoa’s first bars. But new people are showing their faces too, intrigued by the newest activity on Beach Road.

“Everyone has their own spot, but if there are activities maybe they’ll be interested to check it out,” Mr. Guevara said.

“There are a lot of new faces around, to be honest. It’s building up slowly.”

Mr. Pedrana said even though there is money to win at the Grand Final, bragging rights are the real drawcard.