Matautu lit up for Siva Afi preliminary round

The second night of the annual Siva Afi competition lit up Matautu on Thursday night with five competitors each hoping to represent Upolu at the semi-finals later this month.

The lucky three will face off against the top Savaii performers, who competed in on the picturesque Alofaaga Blowholes in late October. 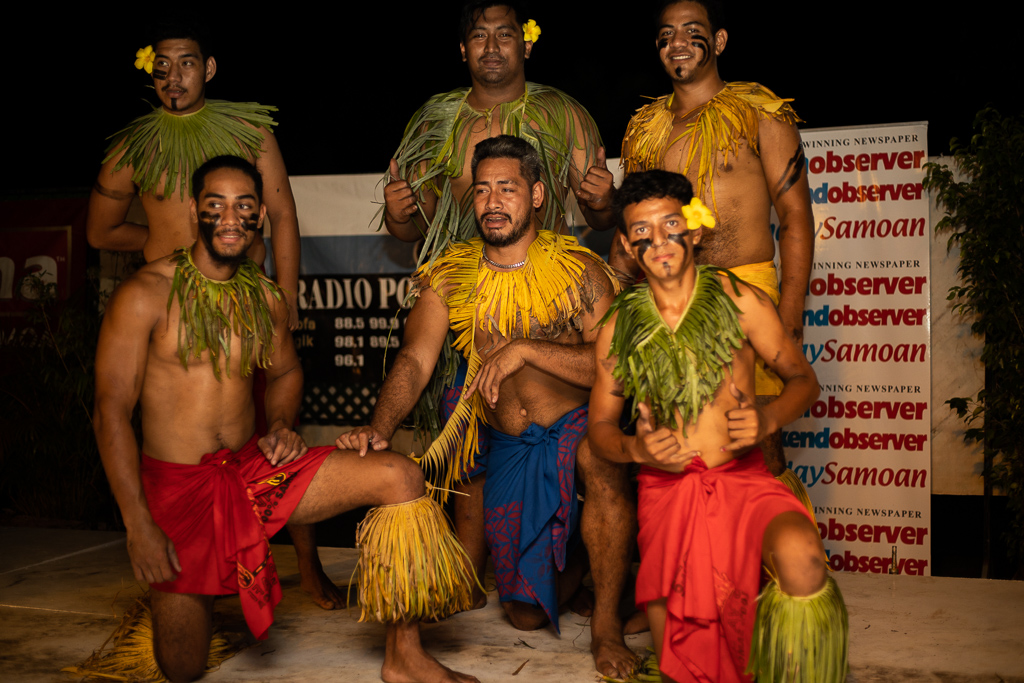 Veteran fire knife dancers Vaelaa Iloa, Walter Leota and Lene Alema prevailed and will wait until semi-finals on Thursday 26 November to proceed to the next stage.

Iloa, from Taga, is the reigning champion of the annual event, having now won three years in a row, while Leota, a finalist in last year’s competition was the 2018 winner of the Faletalimalo Siva Afi Challenge, which he won against his cousin and 2017 winner Alema. Both are from Siutu, Salailua.

The five of them showed intensity and passion as they delivered their performances, once each with a single fire knife and then with two, including hooking the two together and deftly unhooking them in one swift movement.

They set the entire stage on fire, danced on their backs and even their heads, to show off their many skills with one of Samoa’s most ancient art forms.

Siva Afi experts and supporters backed them up on tin drums, occasionally calling out to the warriors. 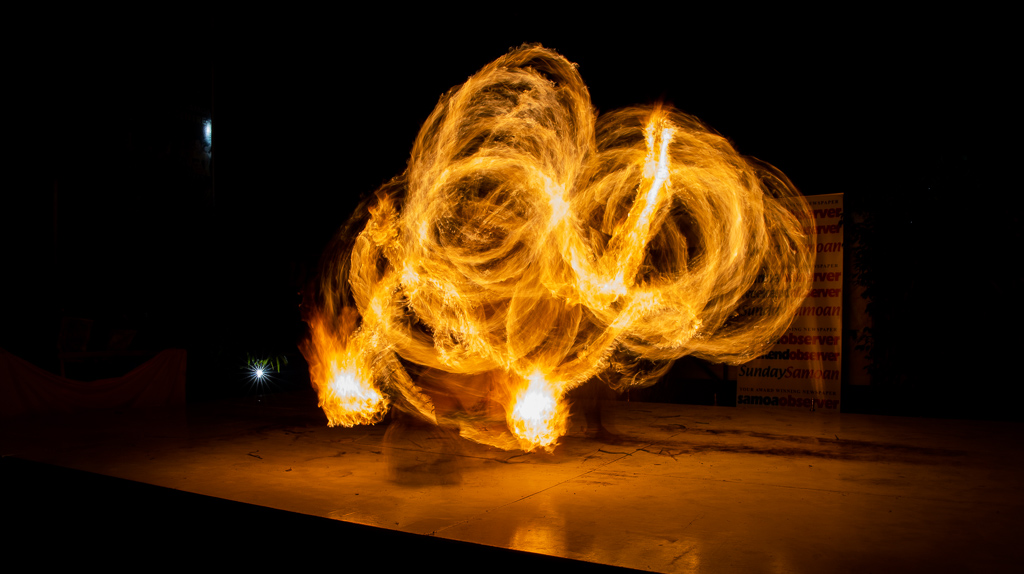 Laban, just 20 years old, is an experienced fire knife dancer, and won a Faletalimalo Siva Afi Challenge round in 2018. He has performed around the Pacific.

Mamoe is 17 and in his final year of high school. He has been training as a fire knife dancer since he was very young.

Kome Jr. is the youngest competitor at just 15-years-old and is already showing promise as a talented and determined fire dancer.

He is Matagagofie Kome Feagaimaalii’s son, who was an expert judge in previous Siva Afi competitions, and judged both preliminary rounds so far this year.

Judging alongside him was Galumalemana Patrick Rasmussen, another experienced Siva Afi judge.

Competitor Iosefa Leota is just 16 and it was his first year competing as a senior, alongside 31-year-old Atonio Aiatia who has been twirling fire-knives for over 20 years. 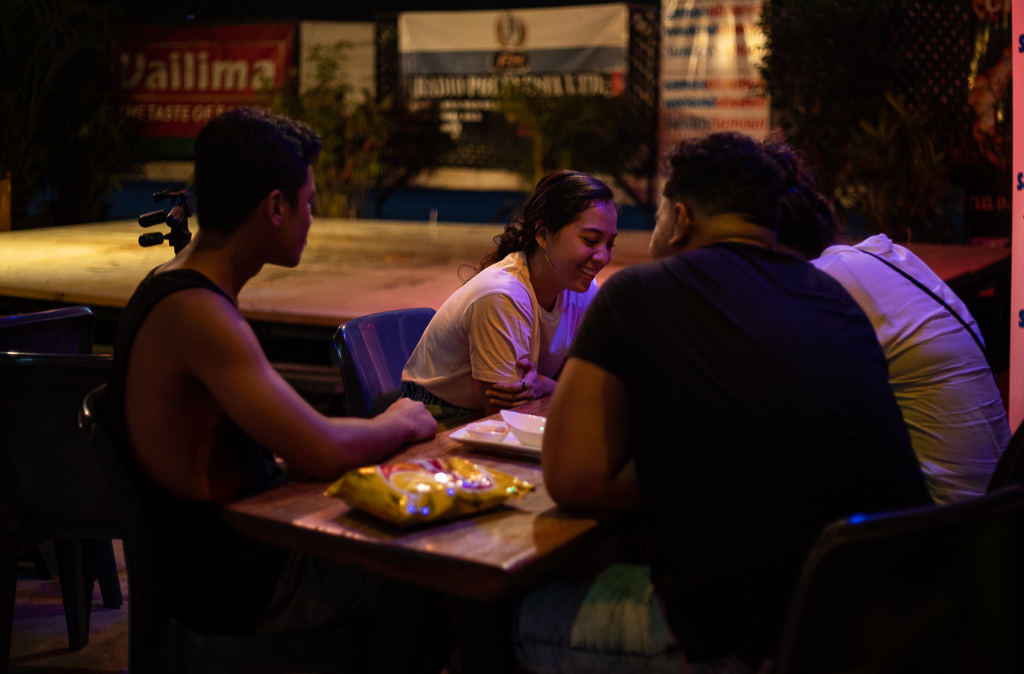 A large crowd gathered at Siva Afi in Matuatu to watch the show, including sponsors from around Samoa like Eyespy Radio which sponsored young Kome to participate.

Competition organiser and long-serving siva afi patron Leota Lene Leota said it was a fantastic evening, and that the winning three deserve their place in the semi-finals.

The semi-finals which were initially scheduled for Thursday 26 November at Siva Afi Matautu have now been brought forward by a week to Thursday 19 November.

Finals are on Saturday 28 November and will be held at the Sheraton Aggie Grey’s Resort, with corporate tables available for booking.

With just six finalists, competition will be fierce.

The winner of the competition wins a set of brand new fire-knives and a cheque for $3000. Second place wins $1500 and third place takes home $1000. 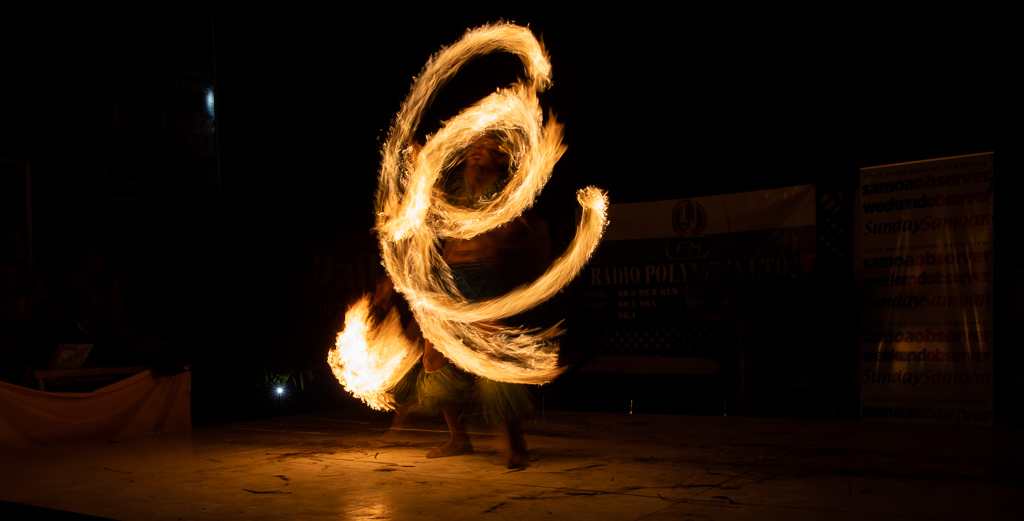 *Disclaimer: Samoa Observer is a sponsor of the Siva Afi Competition.

• The organisers of the Siva Afi Competition have also advised that the semi-finals have been brought forward by a week to Thursday 19 November which has been incorporated into the story.

The Office of the Electoral Commissioner approved Leoa Tauti Faaleolea’s nomination after getting a phone call and without an endorsement signature on the statutory declaration form, the Supreme Court has heard.

The Commissioner for the Ministry of Customs and Revenue, Matafeo Avalisa Viali-Fautuaali'i, has dismissed claims the Government has moved to “postpone” the implementation of the new tax invoice monitoring system (T.I.M.S.).