More than 10,000 marijuana plants went up in flames at the Tafa'igata landfill. (Photo: Anetone Sagaga)

Over 10,000-plus seized marijuana plants were burnt at the Tafa’igata landfill on Wednesday with the Police Commissioner and his management team on hand to witness it.

Fuiavaili’ili Egon Keil, Commissioner of Police and Correction Service, was accompanied by his two deputies and Assistant Commissioners as well as his administration staff when the illicit drugs were burnt.

“The [10,000-plus marijuana plants] should have been destroyed a long time ago, but due to the prosecution of the case, we had to wait,” he said. 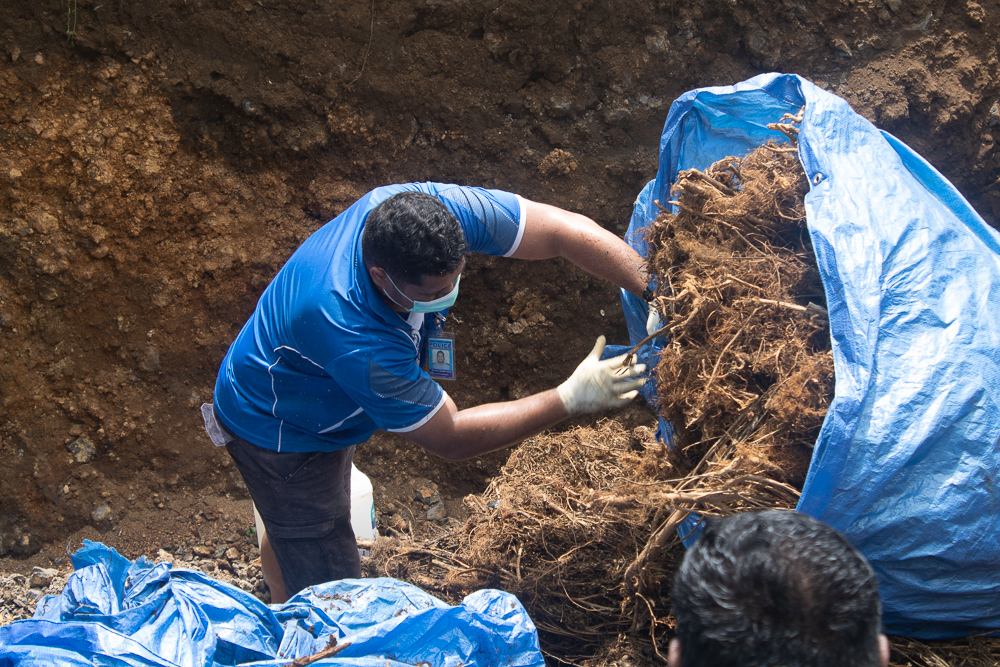 “If you remember the day of the raid 7 November, 2020 the marijuana were green but after one year storage inside the container it’s not as pretty as it was back then. But we wanted to burn the [marijuana] because it’s taking up space.” 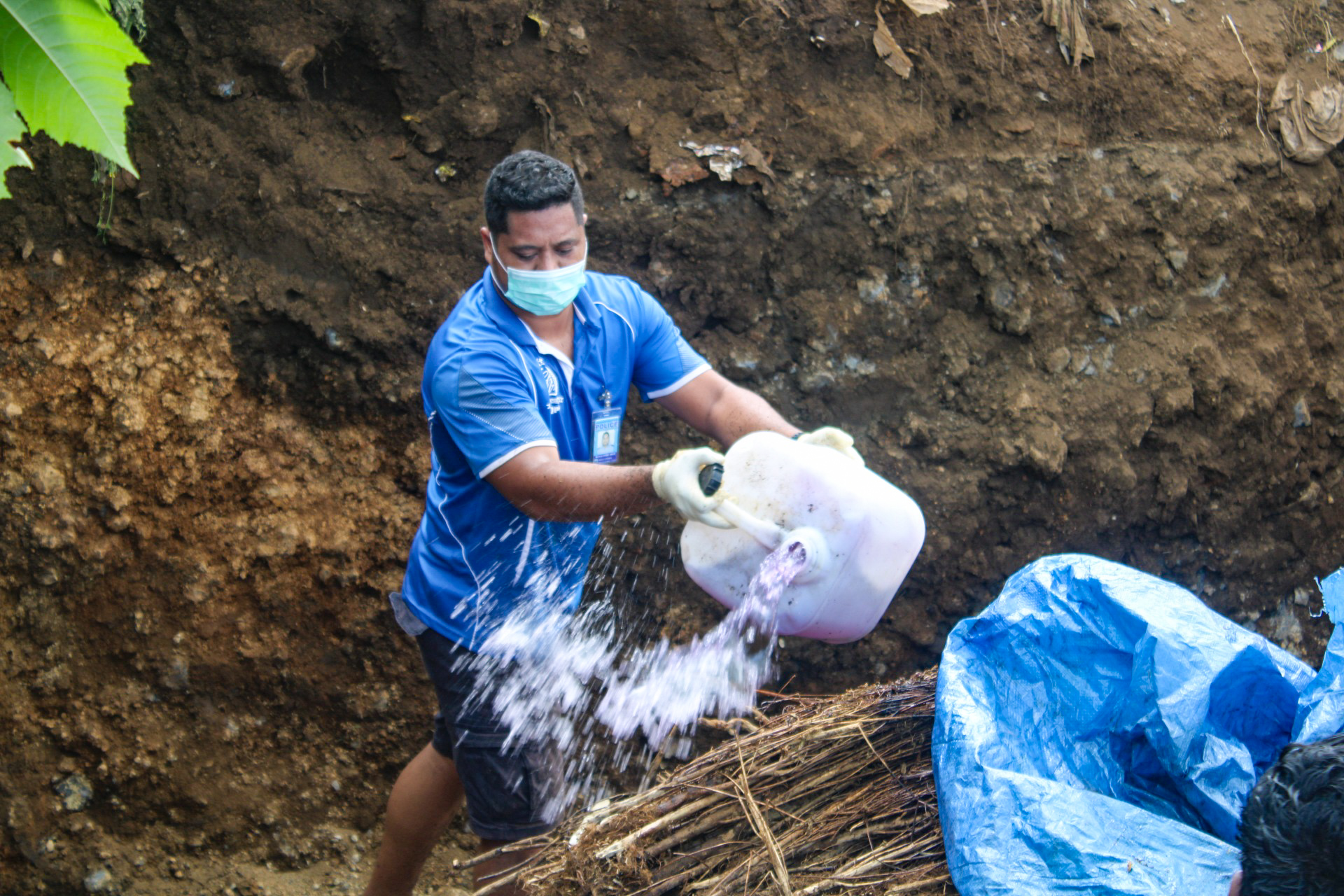 The operation, which began deep in the woods of the area, led to an armed standoff but ended without any weapons being fired with six suspects getting arrested and their cases going before the court.

The operation was led by the Commissioner with the support of 100 police officers performing surveillance and a handful clad in official Police uniform.

“There’s been questions whether the police will conduct [more] raids; but we can’t go into detail. However it depends on the demand information that marijuana is being planted again.” 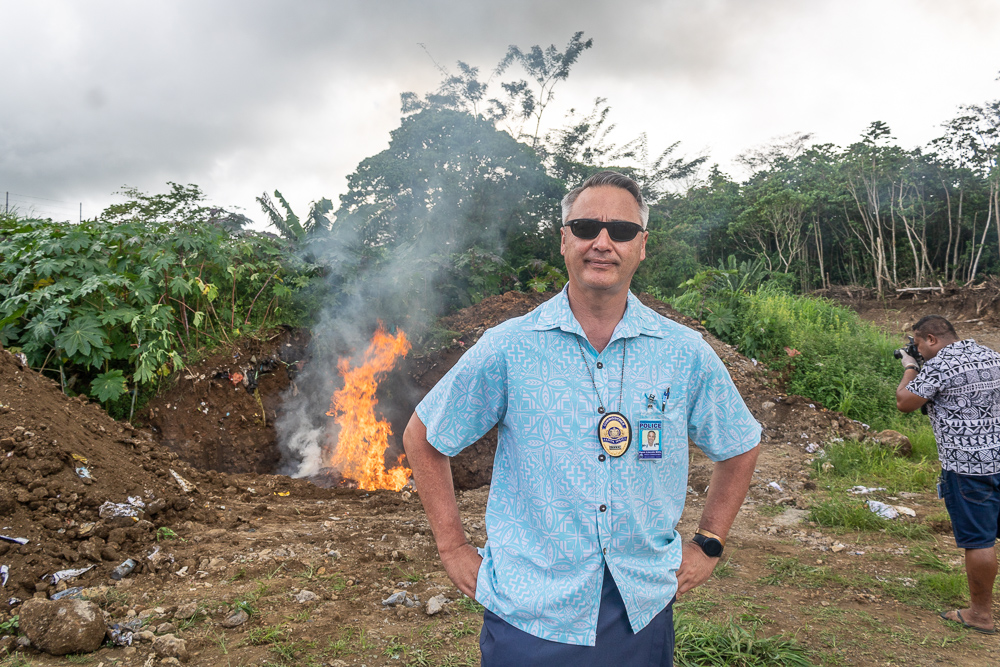 The Commissioner reminded that while marijuana is legalized in other parts of the world, it is still illegal in Samoa.

“If it’s illegal, nothing will change unless the law changes,” he said and indicated that the marijuana trees were planted in the same area.

“And Faleatiu does not want any [drugs] in their village and we will do everything possible to assure their safety.”

Last month the village of Faleatiu stepped up measures to intercept the flow of drugs in their village by chaining off areas where narcotics trafficking is believed to occur. These efforts led to the Police intercepting drugs including marijuana and methamphetamine.