The report, 'Biosecurity of Upolu Fresh and Salt Environmental Water Resources', was published jointly by New York University in New York and Abu Dhabi, the Ministry of Natural Resources and Environment (M.N.R.E.) and the National University of Samoa (N.U.S.), under a partnership facilitated by the United Nations Development Programme in Samoa.

It studied microplastics in freshwater, seawater and in mangrove swamps, and reported a wide gap between the smallest and largest densities the research found.

In seawater, some areas had as little as 35 pieces of microplastic per square micrometre (a millionth of a metre), while others had as many as 32,709, with a median level of 3,023 across the island.

Freshwater samples too showed a wide gap. The sample with the least microplastics had 250 particles per square micrometre while the largest had 90,925.

In mangrove swamps, the data reveals more microplastics concentrations, with the lowest site showing 250 particles compared to 44,130 at the highest.

The researchers passed 219 water samples from 39 locations through filter paper to accumulate the microplastics present.

That paper was imaged with high-resolution scanning electron microscopy and x-rayed to confirm how much plastic was in the sample. This was conducted at N.Y.U. Abu Dhabi.

“Exposure of microplastics to coral reef organisms is linked to compromised health,” they write.

Leading Australian scholar on water and water testing, Professor Stuart Khan, said it is hard to draw any conclusions from the data about the issues microplastics present.

“I think it’s all good data and more data is always better than less data, but I do think you have to be careful about the conclusions you draw as a consequence, particularly for the microplastics,” he said.

In 2019, the World Health Organisation released a wide-ranging literature review into microplastics research around the world.

It found that most of the studies were not fully reliable because of a lack of quality control, though the more recently published material had higher quality scores.

“Although there is insufficient information to draw firm conclusions on the toxicity of plastic particles and particularly the nano-size particles, no reliable information suggests it is a concern,” the W.H.O. writes.

But it did not say nothing should be done about it.

“Irrespective of any human health risks posed by microplastics in drinking-water, policy-makers and the public should take action to minimize plastics released into the environment, since these actions will confer multiple other benefits for the environment and human well-being.”

Professor Khan is a professor in the School of Civil & Environmental Engineering at the University of New South Wales in Sydney.

“Nobody thinks it’s a good thing, to have microplastics in aquatic systems but W.H.O. was unable to conclude there were observable public health impacts as a consequence of these microplastics,” he said.

“There are all sorts of theories about why there may well be, if those microplastics accumulate toxic chemicals on their surface, for example is one of the leading theories that might mean they are a public health concern.

He said the Upolu water study also deploys a way of measuring microplastics he has not seen before, and that most papers measure the problem in different ways making research hard to compare.

“We don’t have very good standard methods for measuring microplastics. There are thousands of researchers around the world and they are all doing it in different ways.”

The report says that nearly all their samples contained microplastics, across fresh and seawater. Unsurprisingly the distribution follows where populations of people are. 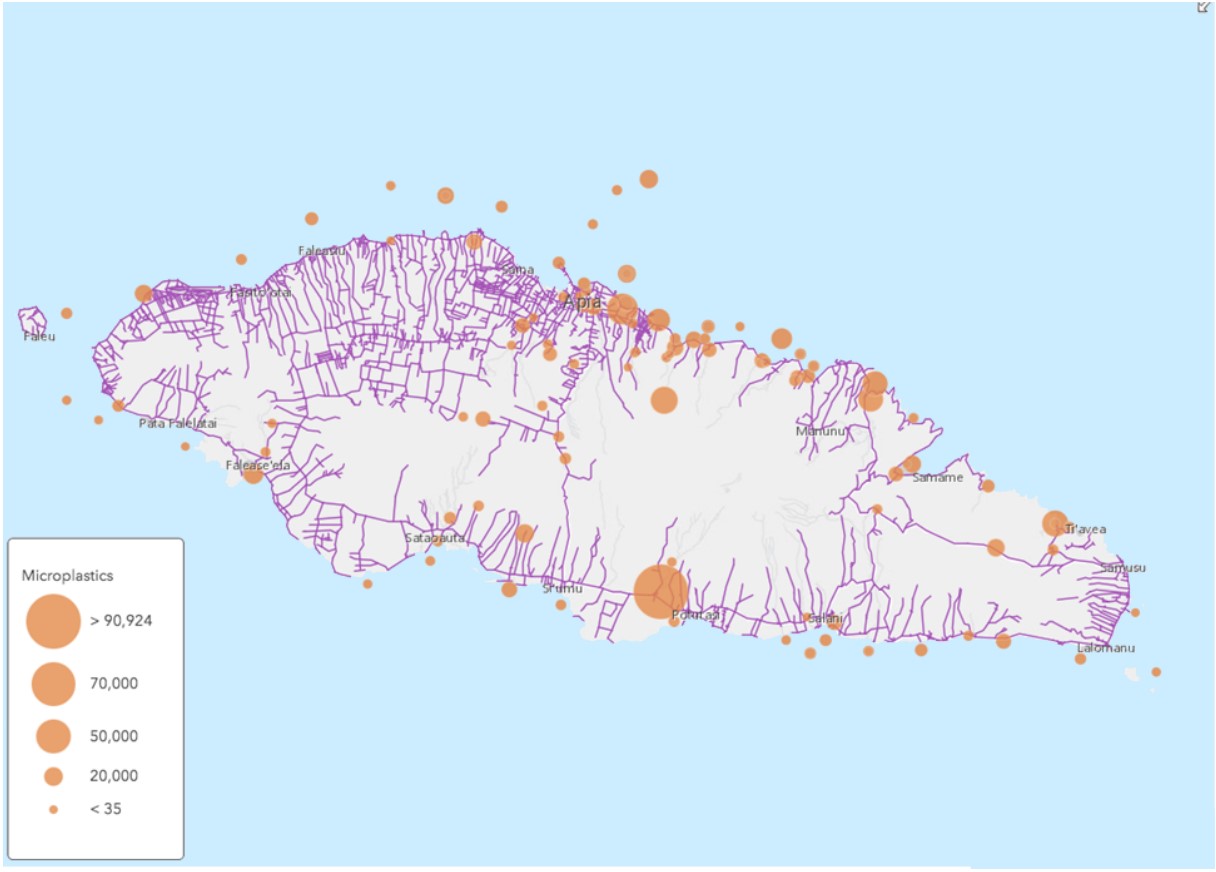 It recommends banning single use plastics to cut down the amount of microplastics.

“Finding sustainable alternatives that take into account waste and pollution from pulp and paper manufacturing may be considered.”

Professor Khan said he supports the report recommendation to manage waste better and to reduce use of single use plastics to avoid microplastics accumulating in water systems.

“I don’t think you can argue with that, there are all sorts of concerns with disposable plastics in the environment, but the actual link to public health is a connection that hasn’t been widely accepted.

“You would never discount the possibility that they might be occurring and we don’t know about it but at the moment we don’t have an evidence base to really draw that connection.”

He said he is concerned about unproven problems taking over more known issues, and urged the focus to remain on larger plastics that kill marine animals and fish species in massive numbers every year.

“We would need a good reason to be focusing more on the microplastics. They are more novel and are the sexy contaminant of the year but the evidence base just isn’t there.”