The site of the illegal rubbish dump that is a concern to Fugalei resident Saleaumua Howard Tafua. (Photo: Vaitogi A. Matafeo)
HS
By Hyunsook Siutaia, 14/11/2020

A resident at Fugalei has lodged a complaint with authorities over what he claims is the illegal dumping of rubbish in a drainage in front of his house.

Saleaumua Howard Tafua, who lives along the open drainage within the vicinity of the Fugalei E.F.K.S. Church, told the Samoa Observer that he's waited four weeks for a response from the Ministry of Natural Resources and Environment [M.N.R.E.] and the Planning and Urban Management Agency [P.U.M.A.].

"I’ve yet to receive a response from P.U.M.A. and it’s now been three weeks of waiting. Some girls came last week Monday but I'm not sure if they were from P.U.M.A. or M.N.R.E. and still I see nothing has been done," he said.

"So I think we need to do something to wake them up. I lodged a complaint to P.U.M.A. and M.N.R.E. about the issue going on here on inappropriate dumping of rubbish and this is the fourth time I’ve lodged my complaint.

“They came and took some photos and that was it."

The Samoa Observer visited the site of the alleged illegal dumpsite and saw a large pool of water containing rubbish including discarded plastic debris.

Mr Tafua said that he is worried about his health which compelled him to call this newspaper to take photos and publicise the issue.

He added that the illegal rubbish site should be a wake-up call for the M.N.R.E. and the P.U.M.A. to take action.

"I’m trying to keep the front of our house clean and the rubbish dumped in the open drainage in front of us will all end up at the bridge, when there is heavy rain and strong flooding," he further emphasised.

"However, right behind the pastor’s house you’ll see all the rubbish thrown in the drainage and also I’m tired of having to report and something must be done here." 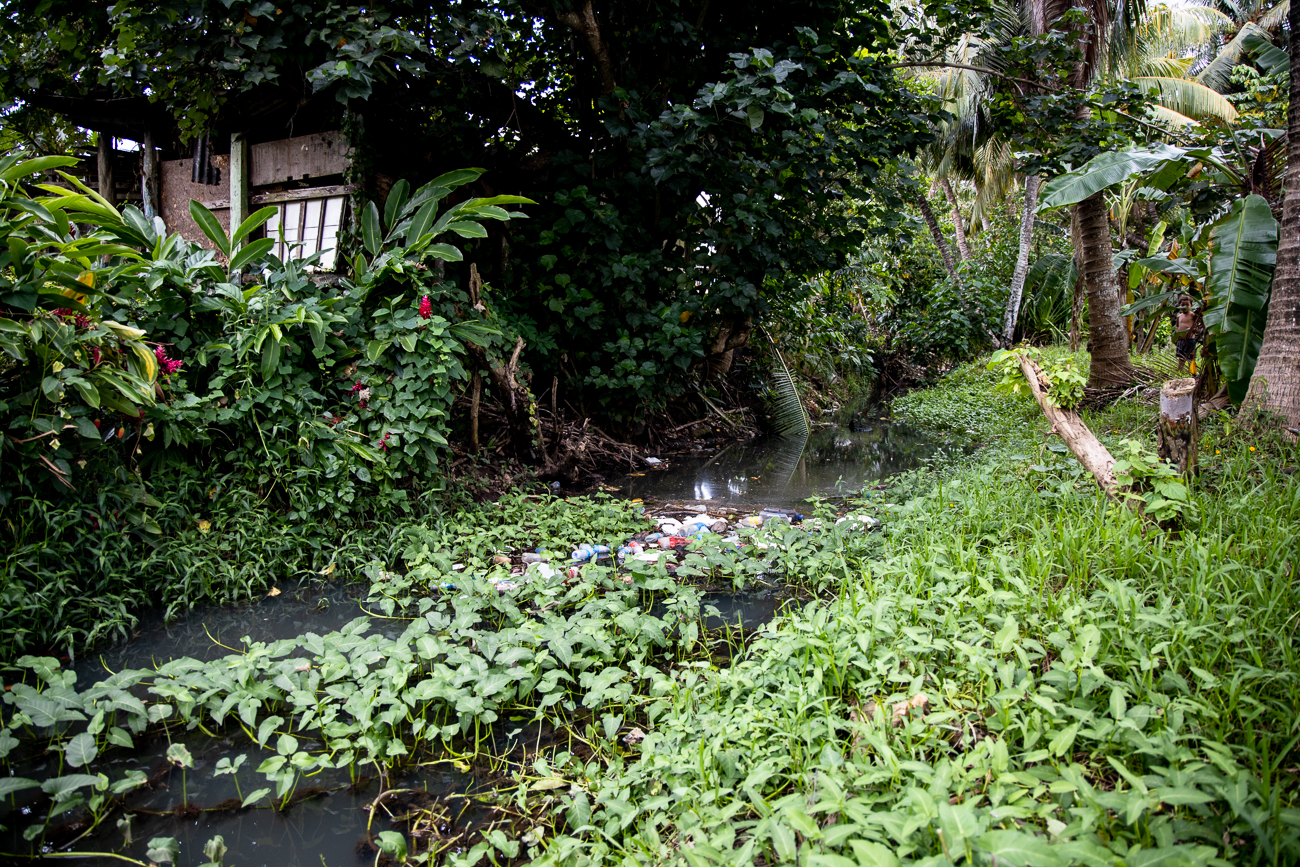 The E.F.K.S. Church is located next to Mr Tafua's house on the opposite side of the open drain and Mr Tafua said there is a pigsty right next to the waterway.

"There aren’t any people living down on the far side and I believe it is right next door that’s dumping all this rubbish, I reckon it’s the people from the congregation who are dumping the rubbish and I’m not sure if the pastor is aware of it," he added.

But when this newspaper contacted the M.N.R.E., an officer from the waste division who did not want to be identified, said no such complaint has been lodged with the Ministry and it is also not their responsibility as it is the Ministry of Works Transport and Infrastructure [M.W.T.I.] that oversees open drainages.

"So far, I haven’t heard a complaint about that and besides M.W.T.I. deals with open drainages. If we had received a complaint like that then we would have investigated the people who are responsible for dumping this rubbish,” the officer said.

“But we deal with the disposing of waste and so if a complaint was ever lodged to us regarding that then we would have gone out for a site visit.

"If he came to us then we could have helped but instead he came to you when he should have come to us first.”

The E.F.K.S. Church Pastor, who did not want to be identified when contacted for comment, refuted suggestions that his congregation was responsible for the litter buildup in the drain.

He said the rubbish could have ended up there from elsewhere and has always been an issue.

A car crash on Saturday night had affected the electricity in Moamoa and Sinamoga after the incident resulted in the replacement of one of the electricity poles on early Sunday morning.