The Supreme Court has rejected a last-minute application from the Attorney General's Office to include residency as a ground to reject the nomination of a candidate for the Salega 1 constituency.

According to a notice of rejection for Leumuava, his nomination was denied on the ground of not satisfying the monotaga requirement.

But when the hearing to the petition began on Monday, the A.G.’s Office acting on behalf of the Electoral Commissioner sought to amend the grounds of why the nomination was rejected.

Lawyer Tafailagi Peniamina from the A.G.’s office filed an application to insert residency as another ground of Leumuava’s disqualification.

But the lawyer for the applicant, Ulupale Fuimaono, opposed the application. He argued the additional ground is prejudicial to the candidate who was only notified that he was disqualified because he did not meet the monotaga requirement.

Mr. Fuimaono pointed out that the issue of residence was only raised in the response from the Attorney General’s office on Friday last week. He told the Court that the decision from the Electoral Commissioner to disqualify his client was specific to the monotaga requirement and nothing else.

He expressed his strong opposition to the application to amend the grounds when residency was not an issue from the decision that was relayed to Leumuava. 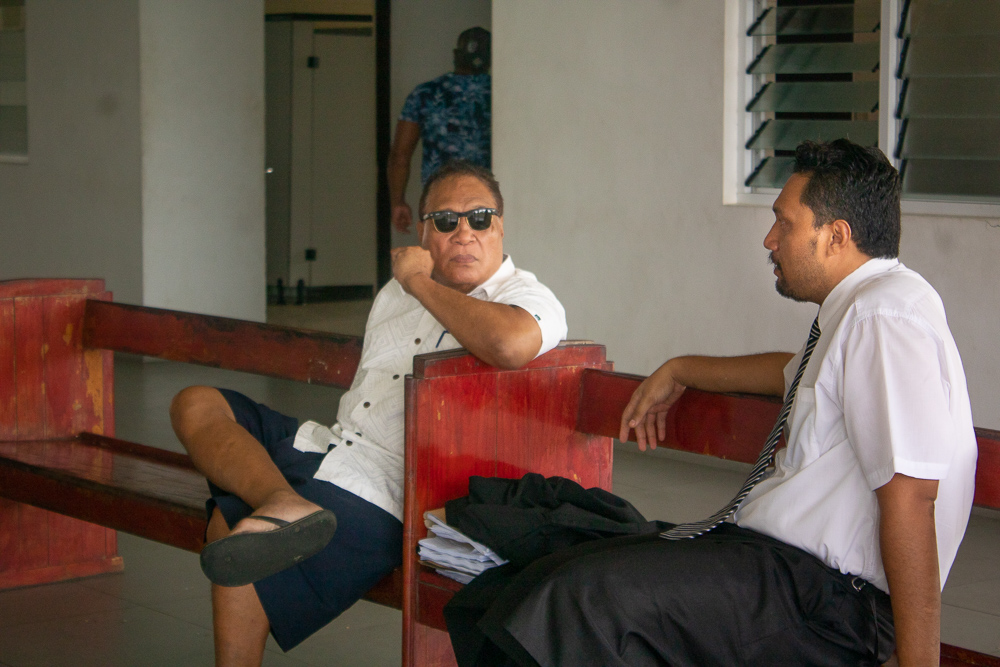 In response, Ms. Peniamina reiterated that the position from the Electoral Commissioner is the candidate does not satisfy the residential requirement.

Under the residential requirement in the electoral act a candidate qualifies to contest if he or she has resided in Samoa for 305 days in a year.

Ms. Peniamina made reference to the affidavit of the Assistant Electoral Commissioner, Mauga Fetogi Vaai who stated that the candidate did not meet residency requirement.

She disagreed that with suggestion that the candidate had always qualified until the new changes.

The A.G.’s lawyer said that is the belief from the candidate but the determination of whether to accept or reject the nomination is upon the Electoral Commissioner.

But Justice Leiataualesa Daryl Clarke said it is not a belief, the candidate did qualify in the old act until the amendment was passed.

He then questioned the respondent about why the decision did not include residence as an issue.

He reminded Ms. Peniamina that the affidavit referred to comes after the decision was already served to the applicant that he was disqualified due to monotaga.

Justice Clarke said if it was straight forward that the candidate was disqualified because of his residency then why was it not put to him.

He added that the proceedings are not like normal trials where new issues are brought up as they come because the Court has to rule within 20 working days.

She stressed the opposition from Mr. Fuimaono was clear that the grounds of rejection of nomination was monotaga with the petition being filed accordingly on the ground.

Justice Tuatagaloa then ordered to deny the application from the Attorney General’s Office.

In relation to the monotaga, Leumuava claims that he was bestowed his matai title in 1988.

However the matai title was only registered in January this year when his village unanimously agreed for him to run in the election.

His lawyer argued that his client qualified to run in the upcoming election up until 22nd September when the Electoral Act was amended by Parliament.

The amendment which was passed during a special sitting in September states that a candidate must render a monotaga in respect of the registered matai for three consecutive years.

Prior to the proposed change, the requirement was a candidate must hold a registered matai title and renders monotaga for three executive years.

According to Mr. Fuimaono the monotaga was not a problem for his client who had always rendered service to the village.

But it wasn’t until the new amendment was done four weeks prior to nomination that his client was unfairly disqualified due to the new changes.

The lawyer added that there was no retrospective provision and therefore the old law still applies to his candidate and should still qualify to contest.

In response, Ms. Peniamina told the Court that the intention from parliament is for the candidate to render monotaga in respect of the registered matai title.

She argued the rationale behind the old and new amendment is the matai title has to be registered.

Justice Tuatagaloa said a monotaga has always been the norms for matai holders regardless whether it is registered or not.

She asked the question whether this means that the monotaga being carried out by the candidate since 1988 does not matter since his matai title was not registered until recently.

The Acting Chief Justice pointed out that she is only pointing out that there are those who render matai despite not registering their matai title.

She said she understands that the law is purely for electoral purposes.

Assistant Electoral Commissioner, Mauga Fetogi Vaai was then called to the stand to give evidence. 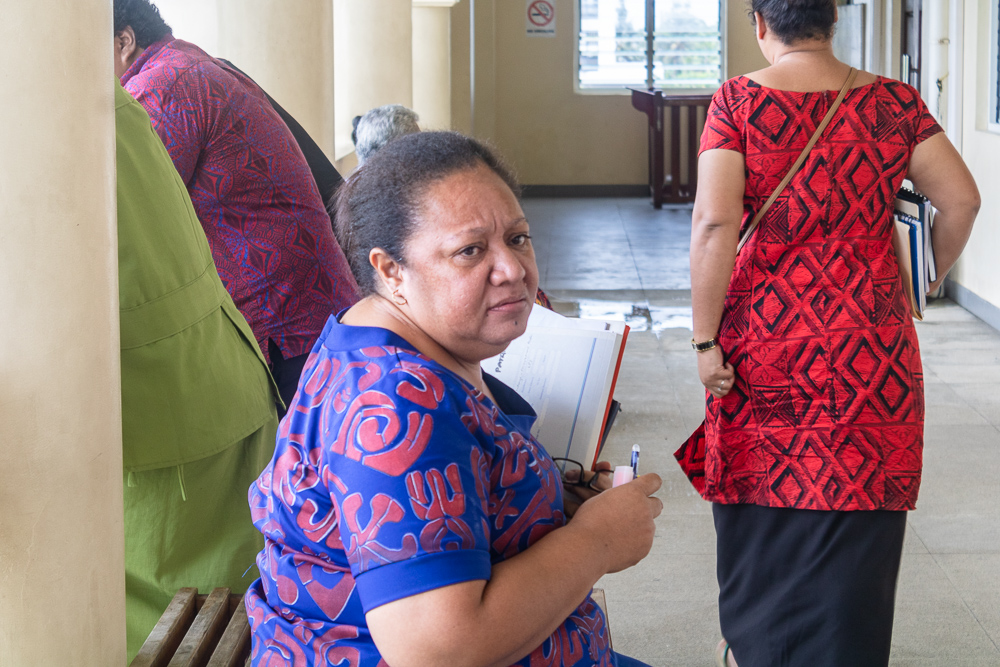 She asked for the Court’s approval for her to refer to the nomination forms for ease of reference.

Justice Clarke then went through section 47 of the Electoral Act that outlines the powers of the Electoral Commissioner to accept or reject the nomination of a candidate based on the provision.

When queried about the sub-sections and steps taken by the candidate if he ticked all of the requirement under the section, Mauga replied yes.

But her evidence is that the assessment done by the Commissioner found that he did not satisfy the monotaga requirement.

She argued one of the sub-section that refers to the candidate’s consent that they satisfied all the requirement was not satisfactory.

She explained it is in that sub-section that the Commissioner has the power to reject the nomination because he fell short of his monotaga requirement.

Justice Clarke pointed out that the sub-section only refers to the candidate’s consent but does not go beyond that.

“We are required to interpret the law and we can’t just make it up as we go,” he said.

“I fully understand that the Electoral Commissioner has that role and should [to assess candidates] but the power he exercises should be under section 47.

The Assistant Electoral Commissioner said the disqualification of the applicant was done under section 47 (2)(b) which derives from section 8.  The proceeding concluded on Monday with the decision being reserved until 27th November.