It has been three years since the famous fautasi regatta graced the shores of Apia’s harbour.

And as part of the 70th anniversary of the St Joseph’s College anniversary, members of the public flocked to the capital’s seawalls from Mulinu’u to Vaisigano to cheer on their teams during the grand finale of the school's anniversary celebrations.

The longboats were a main attraction of the annual Independence and Teuila Festival celebrations.

But due to the COVID-19 global pandemic and the Government’s decision to digitalise the celebrations, the races were put off.

One of the many residents who turned up at the seawall on Friday, Lapalapa Tatunu of Vaisigano, told the Samoa Observer that the races should be revived and held every year. 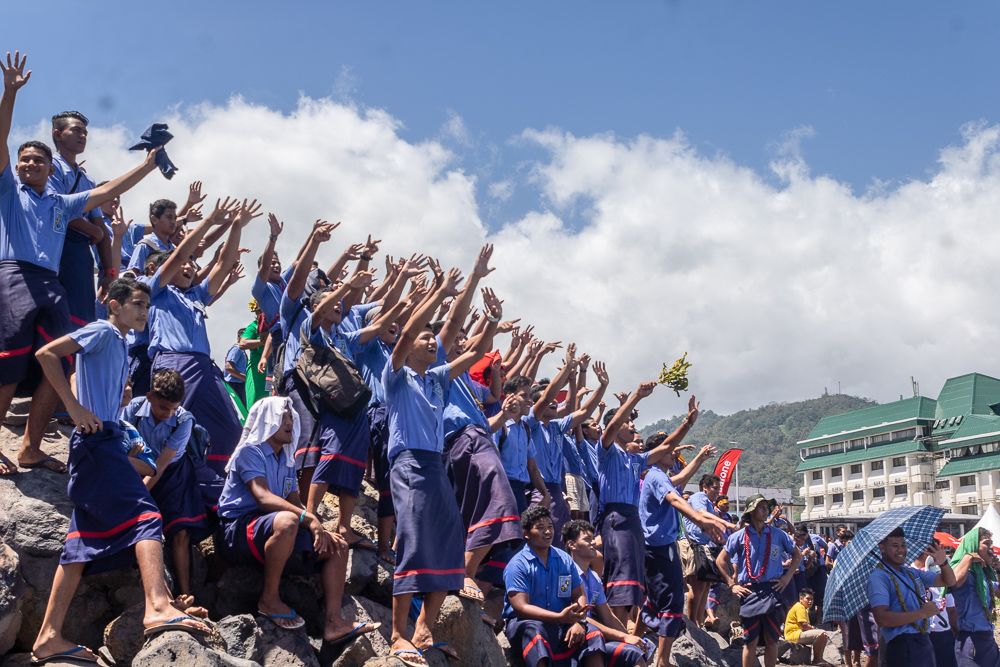 “Fautasi is part of our culture and it’s one of the things that old people like us look forward to every year during Independence Day,” he said.

The 67-year-old walked from Lalovaea, where he spent the week with one of his children, to the Vaisigano seawall where the race ended.

Students from the St Joseph's College and Saint Mary’s gathered at the seawall next to the finish line to await the ending of the race.

It was just like Independence Day many years ago, added Mr. Lapalapa.

Companies like Vodafone Samoa hosted small promotions and activities by the seawall as well.

And the Police stepped in to direct traffic in and around town especially within the vicinity of Vaisigano.

Members of the Diplomatic corps and Government officials were also present at the race and joined the crowd at the seawall.

At a fautasi race, the longboats are usually crewed by up to 50 men who will row for anything up to 5 kilometers culminating with an exciting finish in the Apia Harbour.

Prior to the use of modern-day ferries, fautasi were the main mode of transport between Upolu and Savai'i. 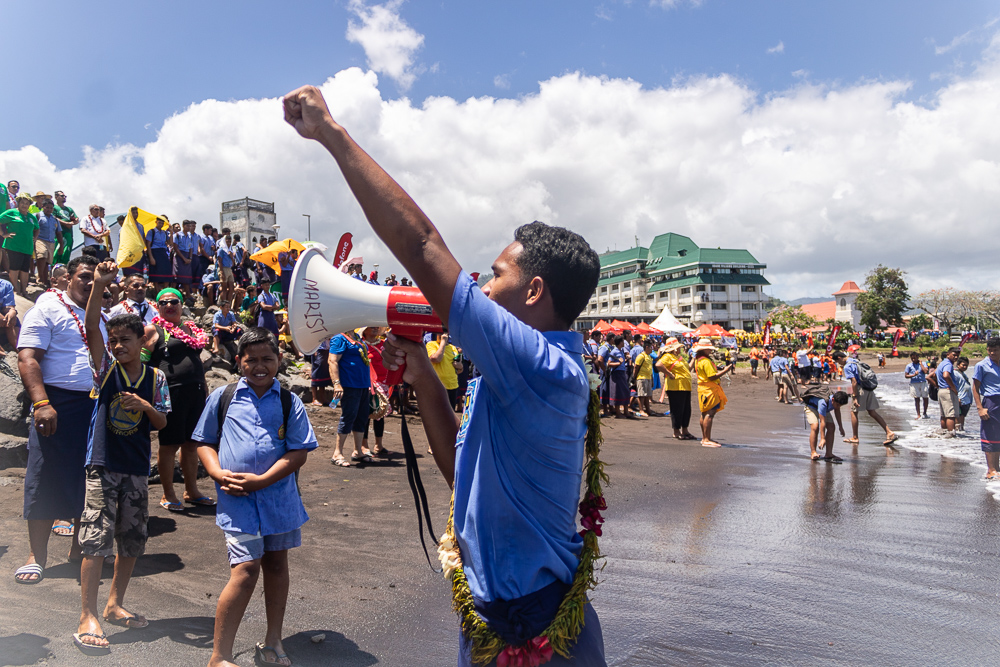 Today fautasi are mainly used in racing events. Traditionally, men involved in the racing spent eight weeks away from their families and other luxuries to train with their captain.

The races would normally take place during Independence days celebrations in June of every year.

Fautasi as a sport used to be exclusively male but in 2013 there was an all-women crew. The first woman to become a fautasi skipper was Zita Martel  in 2001. There were also entrants from Samoa, American Samoa, Tonga and Hawaii.