The PACER Plus agreement will enter into force on December 13. (Photo: Aufa'i Areta Areta)

The newly ratified Pacific Agreement on Closer Economic Relations (P.A.C.E.R.) Plus free trade agreement is a good start but does not promise enough for Samoa.

That's the opinion of the President of the Samoa Association of Manufacturers and Exporters (S.A.M.E.), Tagaloa Eddie Wilson.

Though it promises to remove duty tariffs on Samoan exports into the high-value markets of New Zealand and Australia, too many other barriers keep exports costs high, Tagaloa said.

“One the one hand they are saying our products are allowed in duty-free, and on the other hand there are a lot of restrictions,” he said.

The agreement, between New Zealand, Australia, and six Pacific Islands so far will enter into force on December 13 after the Cook Islands ratified, being the eighth out of 12 countries to do so and triggering the next step.

Last month Samoa announced it will host the Pacific headquarters for the free trade agreement, with construction scheduled to begin in December.

In a letter to the lead negotiators for Samoa the Ministry of Foreign Affairs and Trade, Tagaloa wrote to congratulate the Ministry on winning the rights to build the headquarters and reiterated his appeal for a discussion on non-tariff barriers.

Taro, ava, bananas, coconuts, breadfruit, mango and papaya are just some of Samoa’s fresh produce that faces hefty biosecurity and border control measures that farmers and exporters want to be addressed.

In particular, Australia’s blocks against taro, ava and fruit imports from Samoa do not appear to be addressed by this trade agreement, which Tagaloa says is a problem.

“Australia is a real struggle. As far as I know we still can’t export green bananas, fresh taro, and they are still blaming the taro blight back in 1993.

“If it’s safe in New Zealand I don’t know why it would be unsafe in Australia.”

Despite no evidence of ongoing taro blight since the 1993 epidemic, Australia maintains that Samoa may only export frozen taro while New Zealand imports around $10 million of fresh taro annually, Tagaloa said.

Last year, the Ministry of Agriculture and Fisheries submitted a report by the Scientific Research Organisation of Samoa (SROS) and New Zealand Institute for Plant and Food Research Limited to Australia’s biosecurity agency, which revealed the risk of importing leaf blight is minimal.

Similarly, New Zealand allows Samoa to export kava for commercial use while Australia maintains that it may only be imported for domestic use, limiting the quantity that Samoa can ship out.

Australia also restricts imports on fruits because of the risk of importing exotic fruit flies, which are the third-largest threat to plants, but Tagaloa said Samoan exports should be received because they are in New Zealand.

“The best solution is to have a specific and transparent set of rules that are independently verifiable for each country to agree to," Tagaloa said.

“The best way to do it is to have a science base.”

He said if Australia’s ban on taro imports was based on recent scientific evidence of taro blight, it would be more acceptable to exporters. 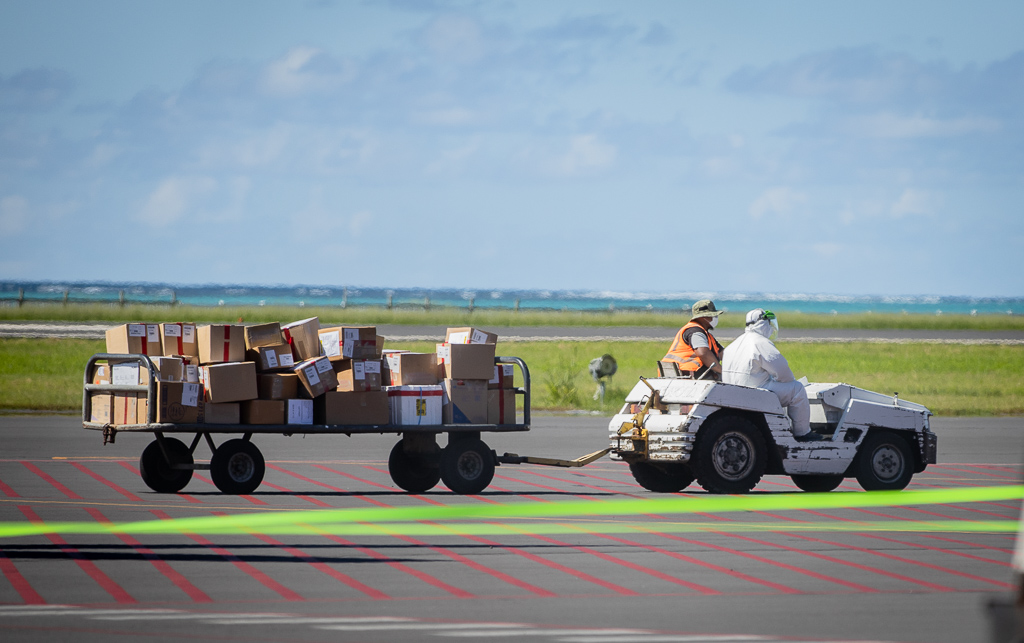 Today, duty accounts for one of the biggest expenses an exporter has to contend with. Some of Samoa’s biggest markets like Japan, China and Korea also demand exorbitant duty on Samoan imports. Korea, for example, has a 50 per cent duty tariff.

So for Samoa’s closest neighbours to agree to work towards duty-free imports on Samoan products is a good thing, Tagaloa said.

The agreement ensures that Samoa will pay no duty on products exported to Australia and New Zealand as soon it is official, and that within 25 years the two larger nations will also pay reduced duty on their exports into Samoa.

“The problem with that is the similar products we can export to Australia and New Zealand, while duty-free, can’t be exported because there are biosecurity issues, quarantine issues, issues that are very unclear on why they have taken so long to be resolved and removed.

“The agreement is good, we can admire the thought. But if there are non-tariff barriers we may never be able to export these products in the next 25 years.

“My worry is that whilst it appears at first instance we have a 25-year window of opportunity, as far as I am concerned in the last 25 years we haven’t made any progress on these commodities.

“If these non-tariff barriers are not removed, the Pacific Islands, including Samoa, could be in an awkward position.”

Tagaloa said this could see an influx of Australian and New Zealand products arriving in Samoa and overwhelming the local market while Samoan products do not have a fighting chance on those same shores.

Samoan exporters and farmers are subject to unnecessary and stringent compliance processes that New Zealand and Australia are not, he said.

The two countries should be ensuring they offer Samoa technical assistance to improve their ability to comply with the compliance rules, but also reduce the cost of compliance, he added.

Tagaloa is hopeful that Samoa having the headquarters will help exporters have a platform to talk about their issues with the agreement and to bring more benefits to Samoa’s export market.

S.A.M.E. aims to increase Samoa’s exports to be worth $300 million by 2025, and said currently the agreement will not help get us there.

“If there is no genuine interest in removing the non-tariff barriers then the P.A.C.E.R. Plus agreement is a danger to the sustainability of the Pacific.

“Time will tell but at the end of the day, do you see many exporters jumping up and down and saying hooray? You don’t."

Tokelau is grateful Samoa’s COVID-19 response continues to keep the virus at bay as its government works to set up its own GeneXpert laboratory on the island.