The Gaualofa has returned to Apia after completing a seven-week voyage around Upolu, which also enabled its crew to lead environmental education campaigns in the villages visited.

The crew of 10 led by Captain Karl Steffany departed Apia on September 23 with the journey made up of four short voyages, which were scheduled on alternate weeks to coincide with four Guardians community-based workshops.

The crew were responsible for sailing the traditional vessel to each community, and made sure they arrived before the workshops commenced as well as facilitating five of the seven modules of the campaign.

The first three workshops were held in Faleaseela (Lefaga), Sataoa (Safata) and Poutasi (Falealili) and the fourth and final workshop is planned for the Apia town area next week.

Although the workshop in Poutasi ended last Friday, poor weather conditions prevented the va’a from departing until the morning of November 4, which marked exactly six weeks to the day since the crew sailed out of Apia harbour.

In a media statement released on the seven-week journey, Captain Steffany said they were fortunate enough to have the chance to share Gaualofa with the communities around Samoa, despite the long journey.

“This has been a long voyage for us, but no matter how tired we are, we know we are lucky to have the opportunity to share Gaualofa with communities around Samoa,” Captain Steffany said.

This island-wide trip marks the first time the Gaualofa has circumnavigated Upolu in a single voyage since the Samoa Voyaging Society acquired the double-hulled canoe in 2009.

The first leg of the voyage from Apia to Lefaga took three days while the sailing to Safata and Falealili took less than 24 hours each. The final leg to Apia took another three days with overnight rest in Saoluafata. 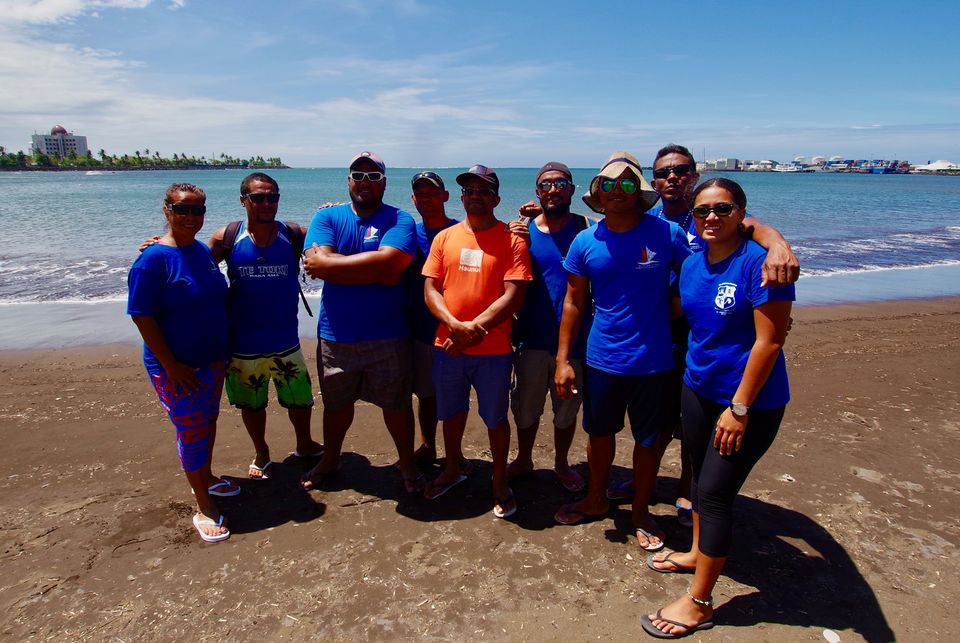 Female crew members Josephine Duffy and Olivia Black sailed on different legs of the journey despite competing priorities of Ms Duffy being a full-time student at the National University of Samoa [NUS] and Ms Black a local restaurateur.

“As a crew member, we have to work together to move the va’a. We’re all individuals, but when it comes to Gaualofa, we put everything else aside because we love what we do, and we are carrying on the traditions of our ancestors. It is a big responsibility, but mostly it’s a labour of love,” said Ms Duffy.

The Guardians Environmental Education Campaign 2020 is a series of four community-based workshops, which are focused on teaching Year 7 students how to be responsible environmental stewards.

Over 400 students from 20 primary schools successfully completed the workshop over the course of the 2020 campaign.

A new building for the Congregational Christian Church of Samoa (C.C.C.S.) at the all-girls Papauta College was opened on Friday morning.