Sixty-five college students from four schools in Samoa learned about the election process in the United States during an educational program held at the U.S. Embassy residence in Vailima early this week.

Chargé d’Affaires Jonathan Lee Yoo provided a brief overview of the U.S. elections process and encouraged students to take an interest in learning about democracy, according to a press statement from the embassy. 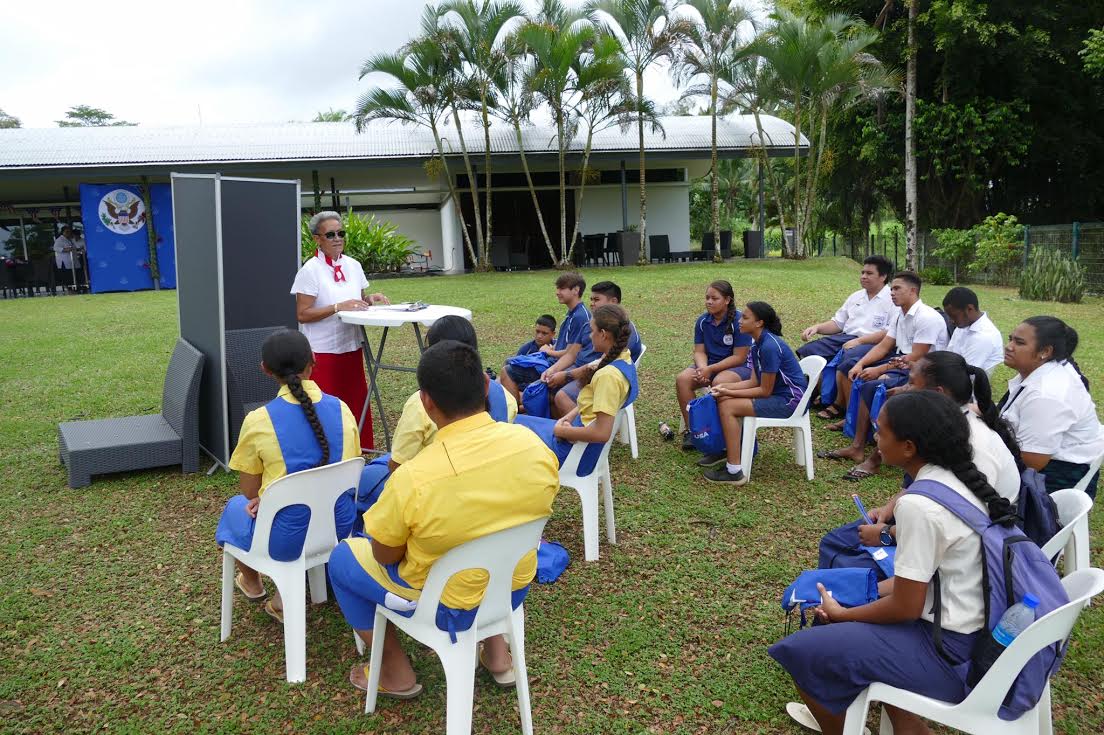 “Learning about the American election was exciting, especially knowing the importance of voting and how our vote can affect who is elected, this is the same for when we get to vote for Samoa’s election in the future,” a Leififi student is quoted in the statement.

The event entailed a three-hour program introducing elections and voting in the United States; an impromptu debate; Questions and Answers, and concluded with a Mock Election, the embassy statement explains.

“This was empowering, and a great experience, it is a reminder that we must be informed about our nation and future candidates, especially for Samoa,” said a student from Vaiala.

One teacher commented that the impromptu debate session was the best event, as this is not practiced in Samoa during elections. 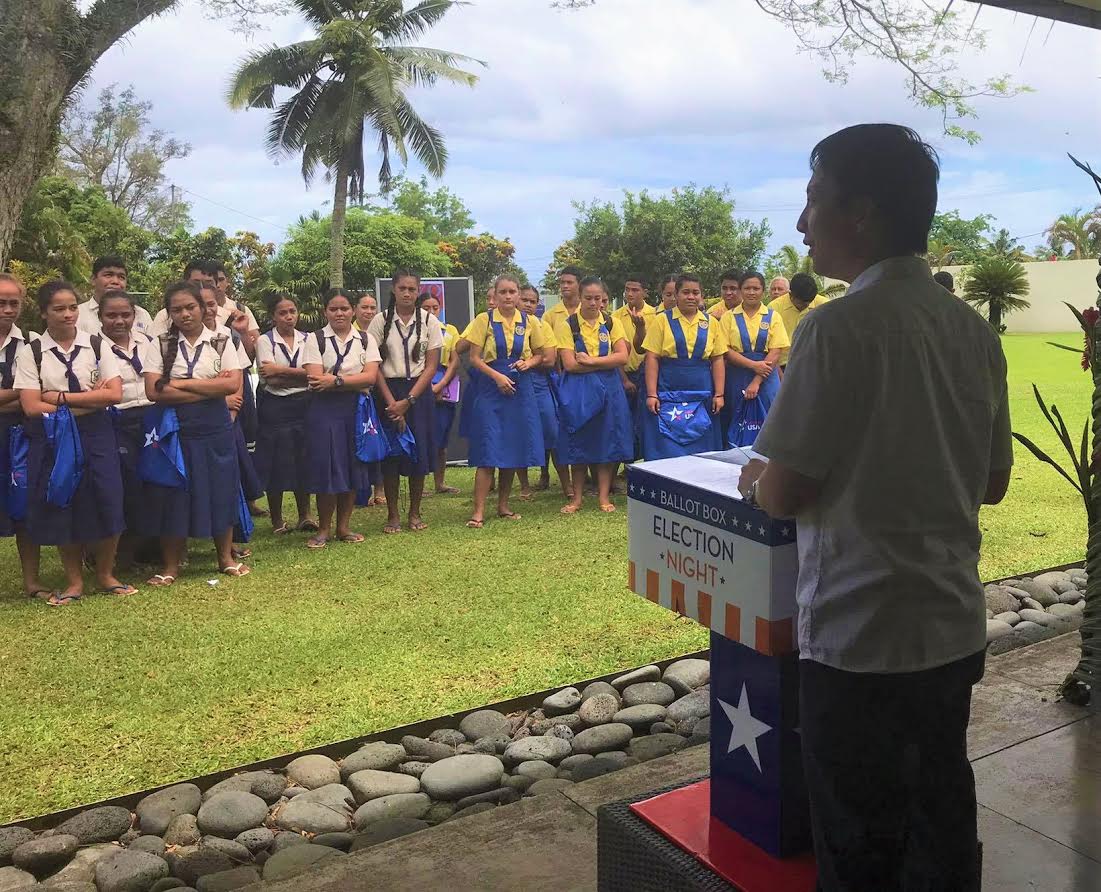 “It was a good experience for students to select a leader from their group, and trusting their leader to be informed on matters that affect the nation, especially since the topics and questions were unspecified,” the teacher said.

In addition to the election focused program, the U.S. Embassy engaged with students on considering the United States as their destination for future study.

Information on how to prepare for college was distributed to inform students on the education system and curriculum offered in the U.S.

The program was facilitated by staff of the U.S. Embassy in Apia and the Ministry of Education, Sports and Culture (M.E.S.C.).