The former deputy Prime Minister, Fiame Naomi Mataafa, has urged the people of Samoa to exercise their authority on their Members of Parliament, by telling them to vote against the three bills proposing an overhaul of the judiciary.

She made the plea to the sea of supporters who turned up to the Fa'atuatua i le Atua Samoa ua Tasi (F.A.S.T.) campaign rally on Friday, where greeted members of the public at registration table and later delivered the keynote address.

A former Minister of Justice, Fiame announced that she had only registered as an independent candidate to protect the seat of her constituency and for a chance to vote against the three L.T.C. bills during the upcoming third reading in Parliament of the three bills. 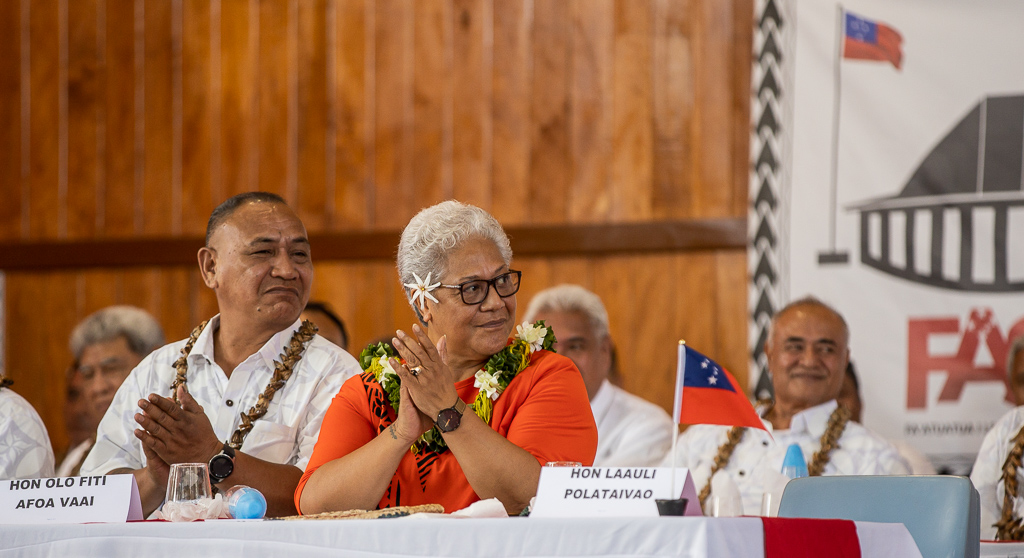 During her speech, Fiame reminded the people that they have the power to convince the Government to withdraw the bills, by advising their incumbent Members of Parliament.

Fiame consistently said that everyone has a role to play in efforts to withdraw the L.T.C. bills currently in second reading before Parliament.

"Tell them, 'if you do not have love to withdraw and give enough time for these bills to be reviewed again properly, we will not vote for you'," she said. "This is the way you exercise your authority, we all have this authority. This is why we should all have love [for Samoa] let us do our collective role." 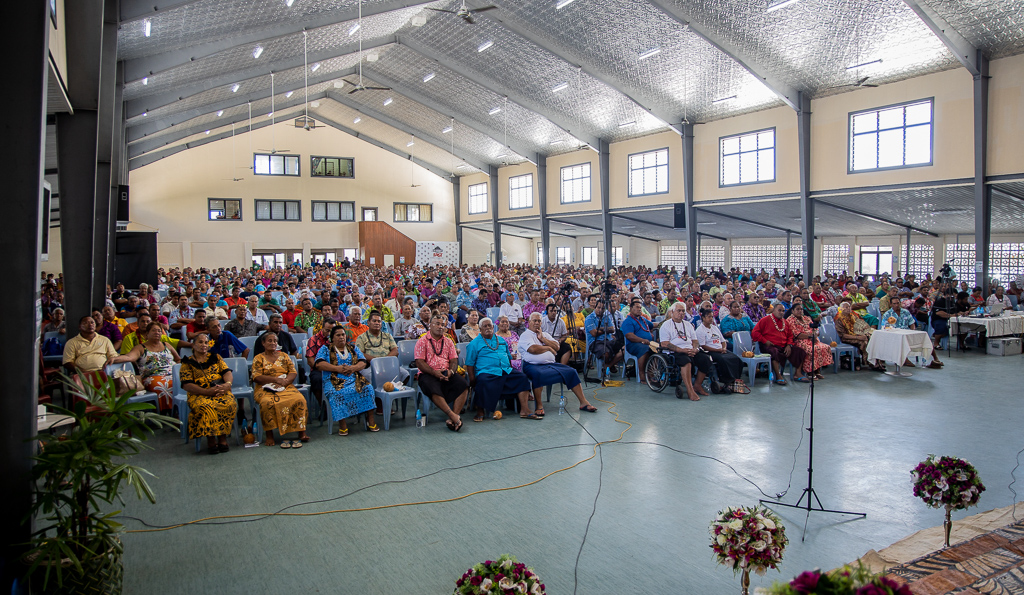 She added that if the intentions behind the bills are genuine, there will be more days to look into it, however, the current layout of the three bills is threatening people's legal rights and should be shelved.

Under the proposal, the L.T.C. would be a parallel and independent judicial structure, that includes its own High Court and Court of Final Appeal and Review, removing the option to appeal L.T.C. decisions to the Supreme Court.

Fiame resigned from her position as the deputy Prime Minister of Samoa and Cabinet Minister in September after she publicly opposed the bills.