Celebration turns to prayer and fasting

A church service held at the Mulivai Cathedral celebrated the 70th anniversary of St. Joseph’s College on Friday. (Photo: Vaitogi A. Matafeo )

Former and present students of St. Joseph's College gathered at the Mulivai Cathedral on Friday for a special mass to commemorate the school's 70th anniversary. The mass was conducted by the Archbishop of the Catholic Church in Samoa, Alapati Lui Mataeliga, and was well attended. 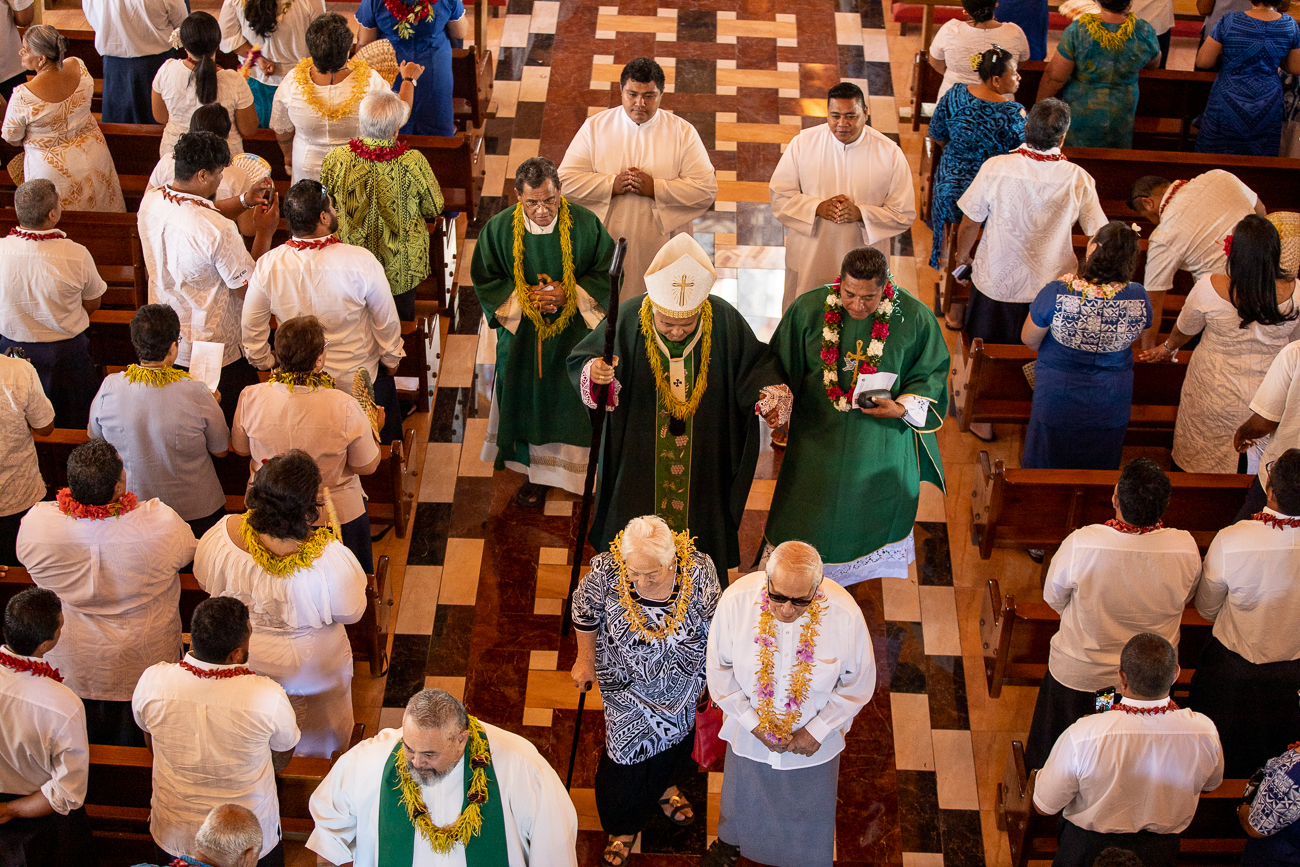 The President of the Marist Brothers Old Pupils Association (M.B.O.P.A.), Tuatagaloa Aumua Leung Wai, said the mass was important part of the celebration.

“It is imperative that we start our anniversary with a mass,” he added.

Tuatagaloa said the mass on Friday followed a fast day on Wednesday for the Marist fraternity, not only in Samoa but all around the world. 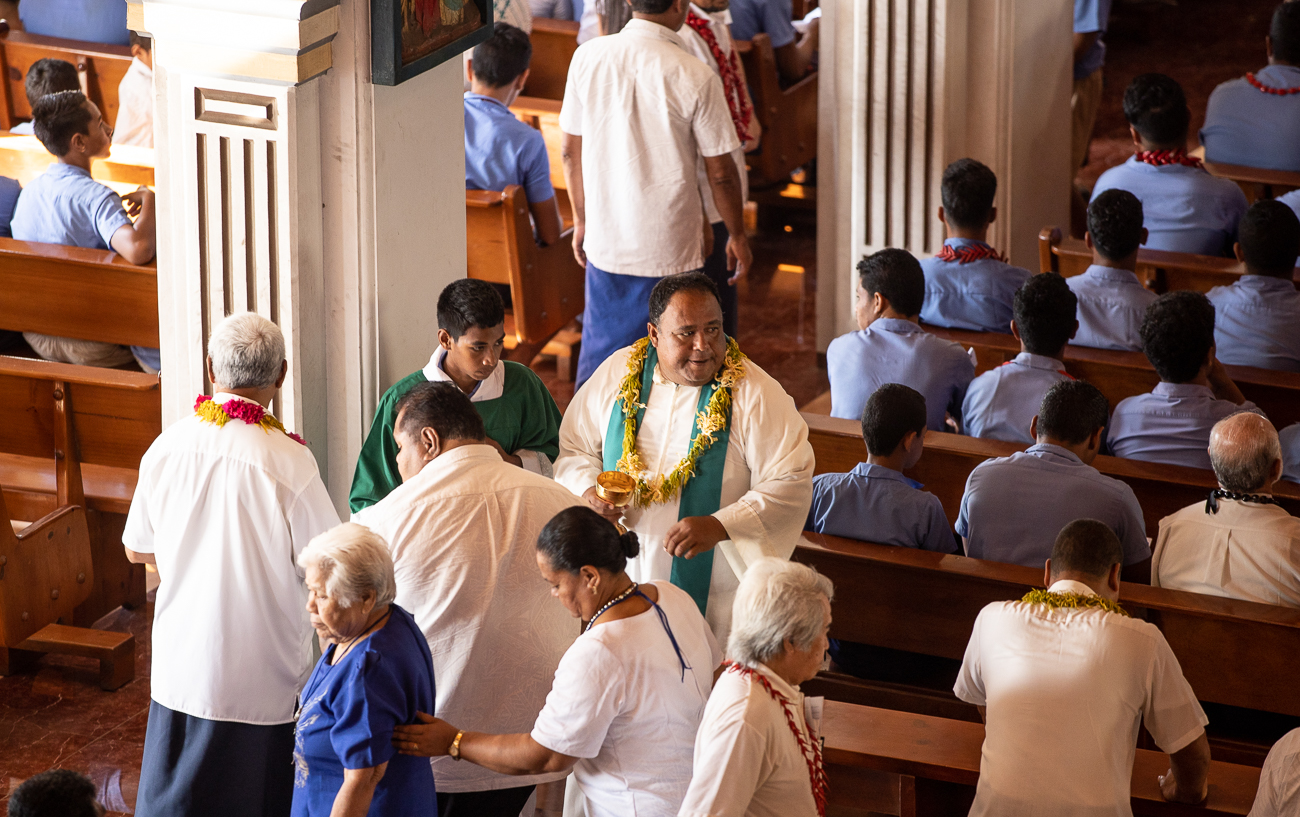 “It is because it is important that we commit our anniversary to the Lord," he said.

“I give praise and glory to God for there is a lot of support for the anniversary and an opportunity for the Marist family to come together.

"We’re saddened that members of the Marist fraternity overseas are not able to make it but we give thanks to God that we are still able to celebrate our anniversary here in Samoa despite the pandemic.”

Part of the 70th anniversary was a radiothon held at the Marist Primary School.

“The purpose of the radiothon is to raise funds for our Marist schools particularly St. Joseph’s College," said Tuatagaloa.

"It’s to help pay the salaries of the teachers and also other developments that we’re looking at for the school such as renovating the hall.

“It is live on radio and it will go on until 3 o’clock in the afternoon and then at 5:30pm we will continue with the Tvthon that will take place at St. Joseph’s College, Alafua.

“We are hoping that a lot more of our members who are not aware of what is happening would watch tv tonight and see the tvthon and hopefully donate towards the development of St. Joseph’s College.”

He also explained that there is no target amount.

“We understand the difficulties and hardships faced by our people due to the pandemic but whatever people can donate, contribute, it will be greatly appreciated."

One of the most anticipated events was the fautasi regatta.

“In terms of the fautasi regatta, it has been a real challenge for us. We did it ten years ago, the fautasi that we had used then were in good condition because they were being used constantly for the Teuila festival as well as the Independence holiday.

"We haven’t had any fautasi regatta in Samoa for the last three years so when we took possession of the boats that the villages had kindly loaned to us, we had a lot of issues with repairs.”

But Tuatagaloa acknowledged God for making all things possible.

“We managed to repair the boats that we are using and we believe that they are sea worthy and we’re looking forward to an exciting race particularly with the involvement of the Fautasi O Toa being captained by Vaimasenu’u Zita Martel.”