Leifiifi College Girls have done it again. They have conquered Sagaga College at the Cricket Oval Tuanaimato in the Apia Challenge competition on Friday.

Leifiifi chose to bat first where they scored 81 runs.

Sagaga then had their turn but they only managed to score 40 runs before they were all out.

Leifiifi embraced their victory and celebrated with their coaches and supporters.

"I am very proud of the girls and their performance," said Faaui Fred Laban, who is a teacher and also the coach for Leifi'ifi College.

She said it was wonderful to see the girls enjoy their cricket and winning the tournament again. 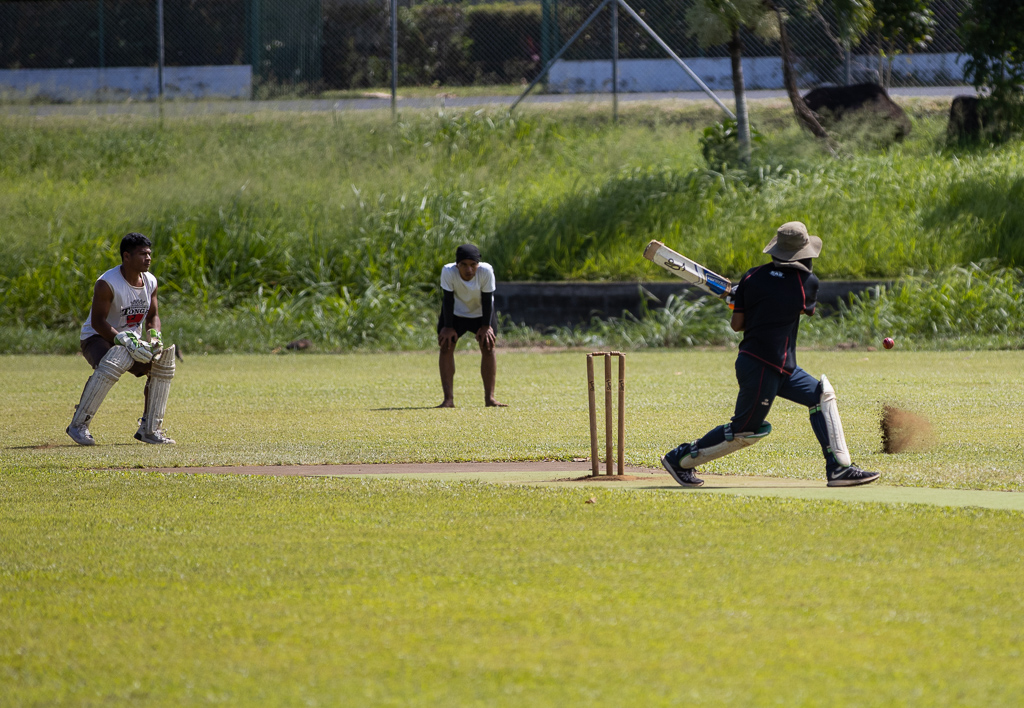 "Despite exams coming up, I feel very happy and grateful that they are enjoying themselves up there and now they have won this division to honour the school's support," she said.

She added that Leifiifi is grateful for the help and support from the Samoa Cricket Association, who are always there to guide the students in terms of training and learning the skills of the sport.

"I want to acknowledge the Samoa Cricket Association for always helping out with our training and especially with the kids, they helped in every area of the game, so it has contributed a lot to this win today," she said.

One of the advantages that Leifiifi has is that few of their players have played in clubs so they are quite familiar with the sport.

"Few of them play in clubs so that's why it has been very easy to train them as they are currently playing cricket and some of them are umpires," she added.

Seventeen-year-old Lemapu Tulaga who is playing for Leifiifi and also part of a cricket club told Samoa Observer about how she felt about the game.

"Game was fantastic, we made a few mistakes but thankfully we ended this game well," she said.

She also spoke on the challenge was being a bowler, and then have a dead ball which means a score cannot be made and no runs as well.

"The challenge for us is to make sure we take out Sagaga before they can beat our scores, and we did it. The Sagaga captain is one of their best players so we knew we had to make sure she's out quickly and we also made it happen. I wanna thank everyone who is rooting for our team, and for our school too," she added.

According to Miss Tulaga, she never considered cricket as a sport to play, she was mainly focusing on netball and soccer but never cricket.

"I have always hated cricket ever since I started playing sports, but entering Leifiifi and started to play in all the sports introduced in our school, I then joined the cricket team," she said.

"After playing in our school team, a lady from the Samoa cricket name Pativia saw me and invited me to play in their club and I thought why not? So here I am enjoying cricket," she said smiling.

Miss Tulaga advises the other kids to just take up any sports because they will never know which one is for them if they don't try it out.

The Leifiifi College boys are also in the finals for the boys’ division, in which they will match up against Wesley College.

The first woman to have ever officiated 15 men’s rugby matches in Samoa, Avii Faalupega Magele, is encouraging younger generations of Samoan referees to keep representing women on the football field.

France will remember Dominici then focus on beating Italy

France will remember Dominici then focus on beating Italy

Lupe o Soaga one game away from Premier League glory

Lupe o le Soaga is a step away from glory in the Football Federation Samoa's Premier League, both men and women's.