"I am speaking with humility, we are not preparing a losing party for the country; the Lord will prepare the way for us," he said. 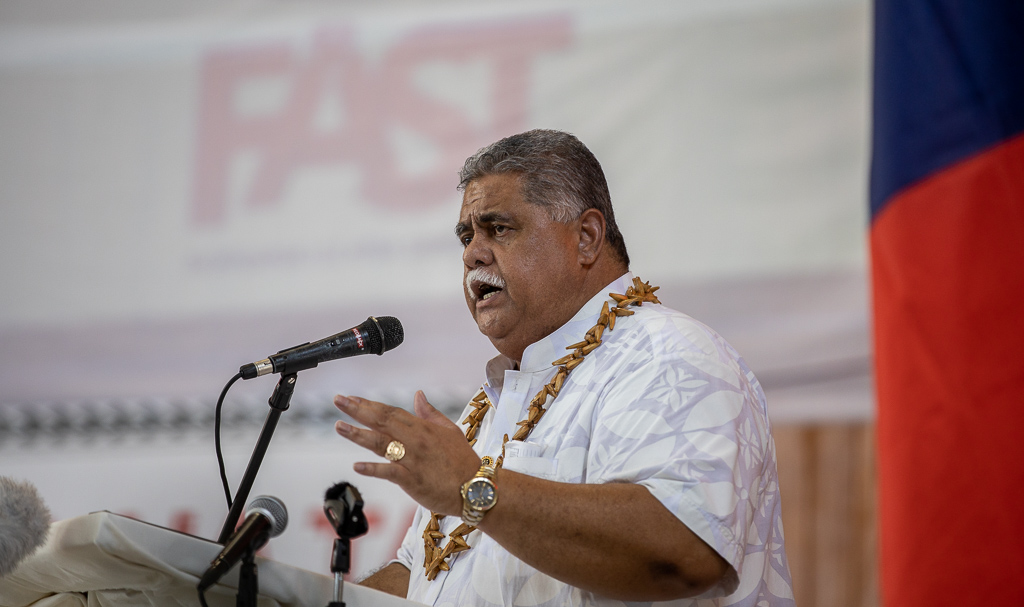 By his side was the party’s deputy leader, former independent Member of Parliament, Olo Fiti Vaai.

The country’s former Deputy Prime Minister Fiame Naomi Mataafa was also in attendance and spoke at the event.

F.A.S.T. introduced its candidates and long-term plans for the April election.

The party, which has registered 49 candidates for the election, outlined its most comprehensive policy platform and manifesto since the party was formed after La’auli was kicked out of the H.R.P.P. in May.

The platform was warmly received by voters and wide-ranging.

Laauli revealed that the party's plans to return the Head of State position to a life term while putting a limit on Prime Ministerial terms.

(Earlier in the week he told a Savai’i audience the party would install a head of state from the big island).

In another policy that, if implemented, would significantly change the dynamics of Samoan politics, La'auli said F.A.S.T. would enfranchise overseas-based Samoans to vote in elections.

The party also aims to increase pension to $200, introduce a new benefit for people with a disability of $100 a month and make the ferry prices between Upolu and Savaii cheaper.

On questions such as education, infrastructure and agriculture, the party substantive alternative policies.

In regards to education, he said the mission school teachers will come under the payroll of the government.

In a significant proposed reform for infrastructure spending, Laauli said $51 million would be put away each Financial Year for the future use of each of Samoa’s 51 Parliamentary constituencies. The money would be distributed to villages who would have charge of making their own developments rather than waiting on the central Government.

For agriculture, Laauli said $20 million will be invested into the farming industry to ensure stable development as well as the revival of the Export Authority to ensure produce is used.

Laauli added that they plan to remove the penalty of $2000 imposed on voters who fail to register on time.

He added that the building of Tiavea Airport and Vaiusu wharf will be ceased, and rather direct efforts in booting and bettering the existing wharves and airport, "save Samoa from having more debts."

During the event, F.A.S.T. leader, Laauli told the room full of attendees that the heart of the party is to return Samoa to the way it used to be; before the unwanted and unconstitutional changes came in effect, impacting the lives of Samoans.

Laauli reminded the people not to sell their ballot selection for wealth, but rather invest it in their futures through F.A.S.T.

"And right now, I don't have to say it, you all know there is suddenly a lot of wealth being given out. Money is starting to flow in through your doors and windows. And you are starting to see development changes you normally do not see. 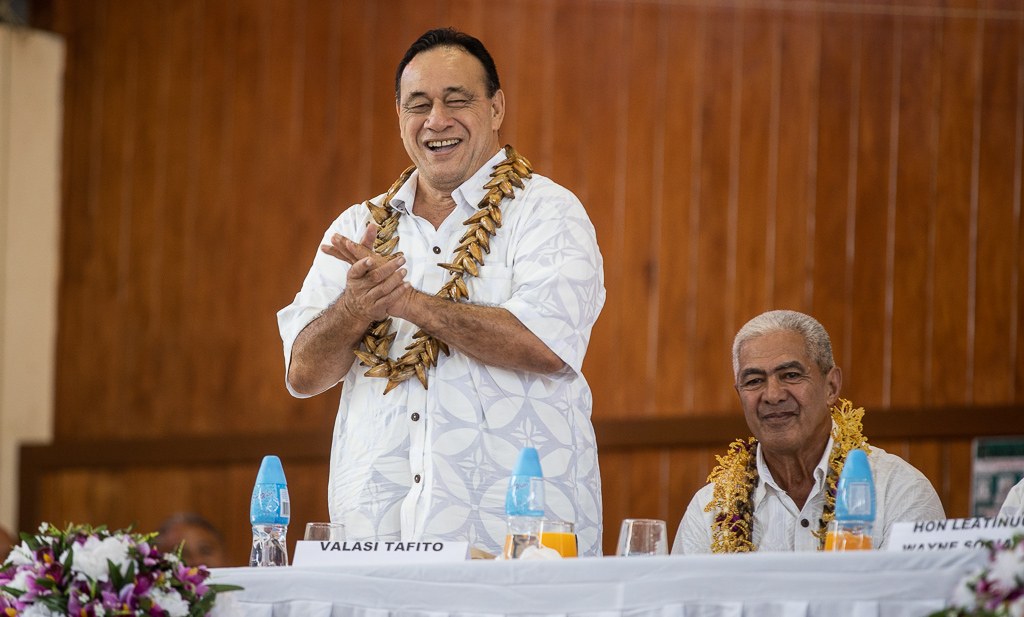 "And why? Because it is nearing the time of your selection. Our only prayer Samoa is that you do not sell your vote."

La'auli said that power is not F.A.S.T.'s goal, but said it seeks the people's trust and faith and authority (pule) to choose their leaders from F.A.S.T.

Religious denomination leaders from the Congregational Christian Church of Samoa, Samoa Methodist Church, Catholic as well as the Seventh Day Adventist also blessed the F.A.S.T. candidates as part of the devotion service of the event.

The crowd was engaged with the speeches and the policy announcements were met with claps and cheers.

F.A.S.T. has also previously announced plans to repeal the law requiring the Head of State and Church Ministers to pay taxes and put more reinforcing measures to tackle the corruption in the Government.

F.A.S.T. also proposed the introduction of hospital provided food for all hospitals of Samoa, saying at the moment only the main hospital patients at Motootua are being served with food while patients in Savaii do not.

F.A.S.T. has 49 registered candidates running in the upcoming election with six others running as independent candidates.

Samoa National Provident Fund (S.N.P.F.) has paid $3.5 million to over 6,500 members in the first two days of the fund’s 1.5 per cent dividend payout.

Access to water through the Samoa Water Authority (S.W.A.) network continues to expand, enabling thousands of families to use Government-supplied water for the first time.