The Minister of Finance, Sili Epa Tuioti, has withdrawn his election petition against opponent and businessman, Fiu Gasologa Foloki.

The decision was confirmed by Sili's lawyer, Fepuleai Patrick Fepuleai, at the Supreme Court on Friday morning.

When the matter was called to schedule a hearing date, the Acting Chief Justice, Her Honour Niava Mata Tuatagaloa asked the lawyers if it was true what she read on the newspaper this morning.

"It is very true," Fepulea'i replied.

The lawyer then advised the Court that his client will be withdrawing the petition. 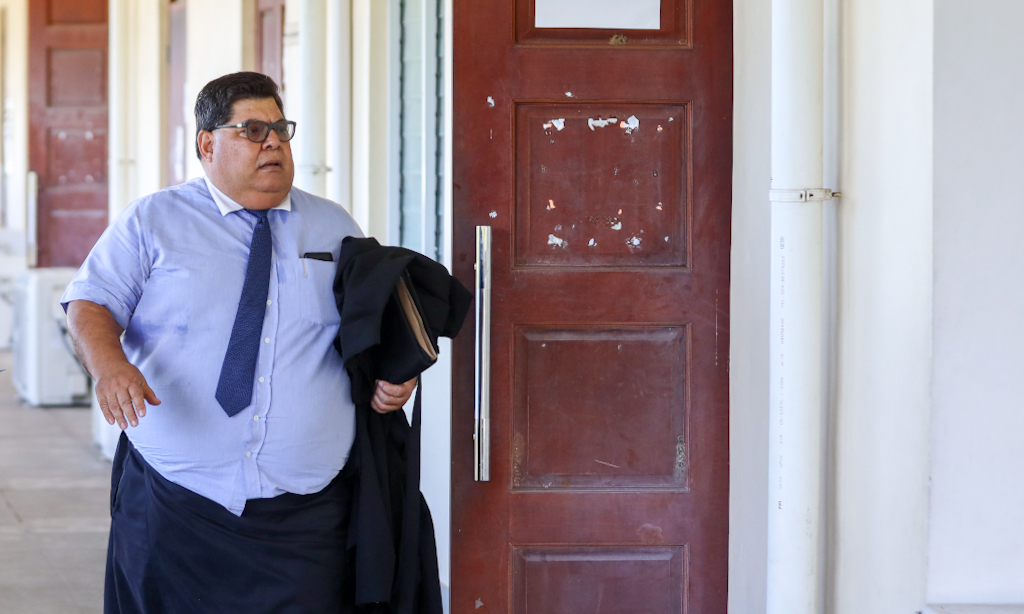 In a story titled "Businessman challenging Minister withdraws candidacy" on Friday's edition it revealed that Fiu has withdrawn his name to contest the Faasaleleaga 1 seat.

He declined to respond when approached by the Samoa Observer.

Acting Chief Justice Tuatagaloa then informed the lawyers to make the application to withdraw on 19 November in which the case is scheduled for hearing.

The withdrawn of Fiu's candidacy will leave only a female candidate to challenge Sili in the election.

The Ombudsman position has been on the Public Service Commission’s special advertisement board since early November. Applicants have just over to week to apply.