Prime Minister Tuilaepa Sailele Malielegaoi is urging Samoans to use and preserve the Samoan language as he spoke at a ceremony marking progress on the first all-Samoan language reference dictionary.

The Prime Minister made the comments when he spoke on Thursday before a committee of 22 linguists who have been commissioned by the Government to compile the first all Samoan language reference dictionary.

The dictionary project, being overseen by the Culture Division of the Ministry of Education, Sports and Culture (M.E.S.C.), is now half complete, said Tuilaepa.

He urged the committee to continue in their work to preserve the Samoan language and seek funding to carry out their work. But he also said they don’t have to look for funding because there are funds available in the government’s budget to pay for such projects.

The U.S. Government, he said, has shut down three times because there were no funds but the Samoan Government has never closed down because of a lack of funds.

“You do have work to be done and I think you must continue,” he said. 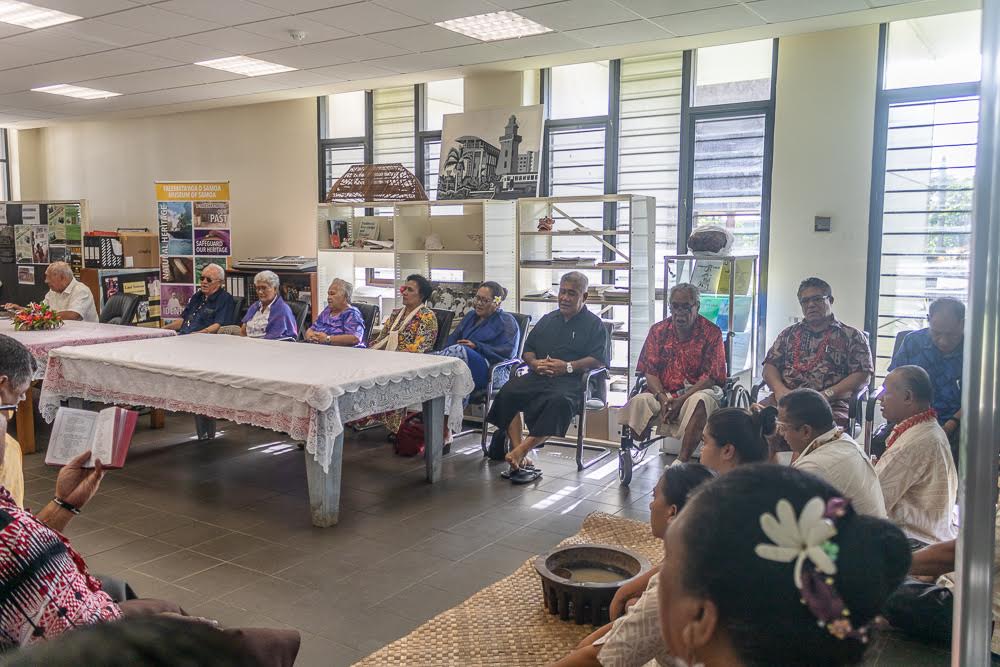 The committee has requested $66,000 for the dictionary but Tuilaepa urged them to add on $4,000 for a round amount that will be reviewed by Cabinet.

Cabinet, he said wants the committee to complete their work.

“Language is the heart of the Samoan culture and we must pass it on to our children and our children’s children. This project, when it has been completed will live on forever. Your names will be written in there,” Tuilaepa said.

“It won’t just be our children in Samoa using it but it will also be a guide for Samoan children in New Zealand, Australia, America and other countries of the world who are studying the Samoan language to earn credentials like their B.A., M.A. and Ph. D.’s.”

Their completed work will be a useful tool that would be subject to review in the future, he added.

“If this work is utilised also by educators outside of Samoa, there will be a lot of ideas received especially with these words that we have borrowed from other languages. The work you are doing is so important.”

The Samoan language dictionary has been in the planning for more than 30 years, he added.

In the past, the Government did not support the idea of a dictionary but it was continually pushed by educators and Samoan language advocates including the late Aiono Dr. Fanaafi.

Meetings to discuss the creation of a Samoan dictionary have taken place over the years at various locations like Hawai’i, New Zealand, American Samoa and Australia.

As Finance Minister, Tuilaepa said he was invited to participate in those meetings. 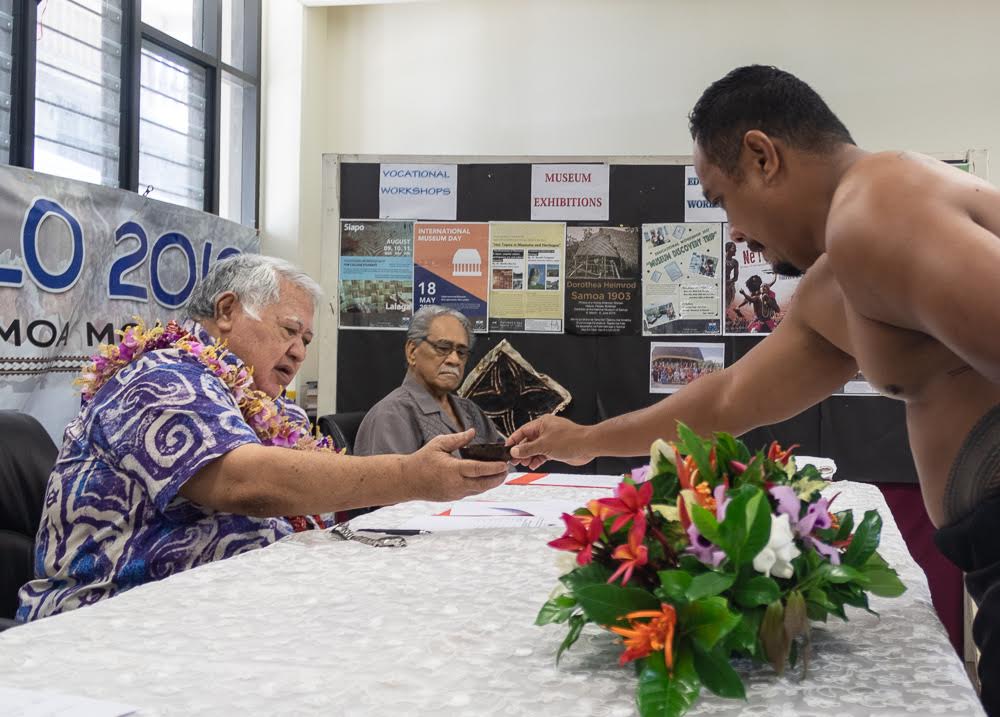 American Samoa, he noted, did talk of creating the dictionary. It was said that the U.S. Government would pour a lot of funding to support the dictionary but Tuilaepa said it is already known that a lot of ideas from American Samoa “are just dreams.”

After the many discussions took place among Samoan communities abroad, the Samoan Government saw the error of their ways and decided that M.E.S.C. must take part in publishing a Samoan dictionary.

“We only thought of it afterwards, that we made a big mistake and the Government, the Ministry of Education, must sit in because the Education Ministry oversees the instruction of Samoan language. This is the key,” Tuilaepa said.