Lemanu and Talauega came first out of four camps running for the Governor and Lieutenant Governor roles.

It is the first time in the last 30 years the American territory’s Election Office has not announced a run off for the gubernatorial race. There were 41 designated polling stations across the territory, with 16,000 registered voters.

According to the unofficial count, the current Lieutenant Governor Lemanu and former Attorney General Talauega dominated all the districts except for the Vaifanua, the home county of Gaoteote.

Governor-elect Lemanu and Lieutenant-Governor elect Talauega were already celebrating their victory around 9pm on Tuesday local time, before the unofficial results were released by the Election Office in the early hours of Wednesday.

At the Lemanu and Talauega camp, their celebration started with a thanksgiving prayer led by Reverend Fouvale Asisata of the Matu’u Congregational Christian Church in American Samoa (C.C.C.A.S.).

He told the crowd that while they celebrate their victory, they also have to be mindful of the opponents who have lost in the election.

“We must stay humble and give glory to God, but what’s important is the healing and while we celebrate, don’t forget our brothers and sisters on the other side. Tonight is not an easy night for them and we must keep that in mind,” he said.

Lemanu and Talauega did not address the crowd but announced there will be a formal gathering on Thursday local time. 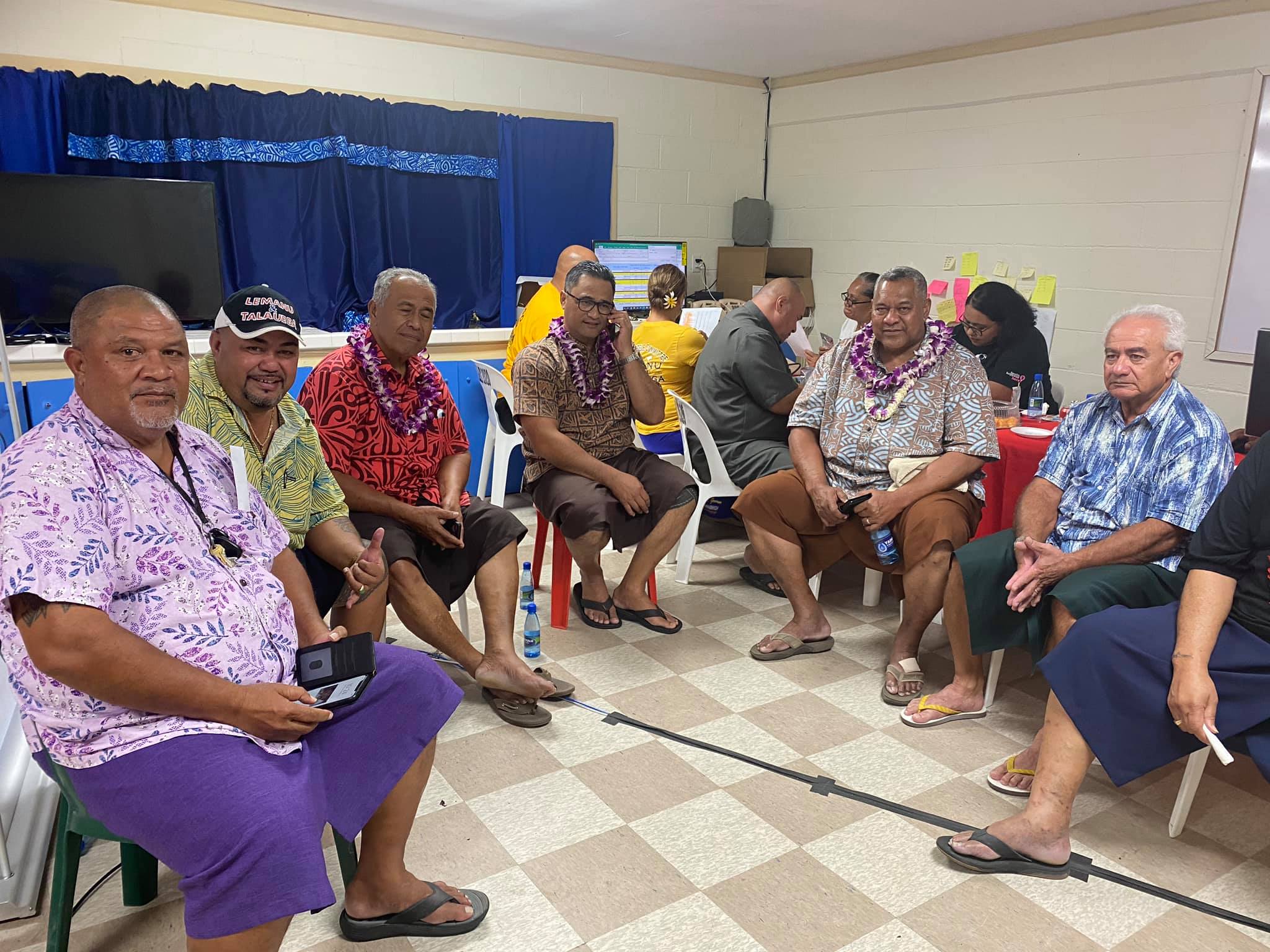 The son of Sialega Palepoi Mauga and Iva Pedro, Lemanu is an ordained Deacon of the Congregational Christian Church of American Samoa in the village of Sa’ilele.

He is married to Ella; they have four children.

Lemanu holds a Master’s degree of Public Administration from San Diego State University, a Bachelor of Arts in Political Science from the University of Hawaii-Manoa and Associate Degree in Arts from American Samoa Community College. He graduated from Waianae High School in Hawaii after attending Samoana High School and Matafao Elementary School in Faga’alu.

According to the Government’s website, Lemanu served as Senator for Sua County for the American Samoa Legislature, before seeking to elevate his political career to Government House.

A retired Officer of the U.S. Army, Lemanu first joined the military in 1978 and served six years in the U.S. Marine Corps as an enlisted officer.

After retiring, he re-enlisted and served 17 more years in the U.S. Armed Services.

During his cumulative 23 years of military service, he held several leadership positions.

During the first Gulf War he led an Infantry Platoon. During the occupation of Iraq he served as an Operations Officer.

Talauega graduated from Marist Brothers' High School and pursued an education in the United States. He graduated in 1990 from Truman State University and earned his law degree from Drake University, graduating with honours in 1994.

Between college and law school, he served as a legislative assistant to United States Senator Daniel K. Inouye. He served as a clerk for Chief Judge James Burns of the Hawaii Intermediate Court of Appeals after law school and spent the next seventeen years practising law in Minneapolis, Minnesota with the International law firm of Faegre Baker Daniels where he became partner in 2003.

In 2014 Talauega was appointed by Governor Lolo M. Moliga as American Samoa's 10th Attorney General since the Territory started electing its own governor in 1979.

He heads the Department of Legal Affairs, which includes the Office of the Attorney General, Immigration Office, and Office of the Registrar, the Consumer Protection Bureau, and the Certificates of Identity Division.

Following the 2016 elections, he was reappointed by Governor Moliga to serve as Attorney General, which appointment was confirmed by the legislature in February 2017.

He’s married to Marion and they have two girls.