Loud cheers and applause from the hundreds of Savai'i residents who gathered at the Apita o Pisaga Hall to meet the candidates of the Fa'atuatua i le Atua Samoa ua Tasi political party (Photo: Sialai Sarafina Sanerivi )

Hundreds of people congregated at the Apita o Pisaga hall at Salelologa on Wednesday when the political party officially introduced their 55 candidates to the big island.

F.A.S.T., through their leader, La'auli Leuatea Schmidt read out the party’s policy manifesto.

Among the party's platform are policies that include putting an end to controversial Land and Title Court (L.T.C.); stopping the taxing of church Ministers.

But on Wednesday they also made a bold, crowd-pleasing promise that if the party takes the reins of power, it will ensure that the country's Head of State and at least one member of the Council of Deputies hails from Savai'i.

F.A.S.T. says they will also develop a township at Salelologa as a centre for business on the big island and reduce the cost of inter-island travel fares from $12 to $10 for adults and from $6 to $5 for children.

The party also resolved to launch an inquiry into last year's measles epidemic and the handling of COVID-19 funding from overseas.

Finally, the party also vowed to return the seat of Saleaula that was lost because of changes made to the Electoral Act

Taken broadly, La'auli's vow was to deliver on a promise made by former Prime Minister, the Late Tofilau Eti Alesana: "What's good for Upolu is also good for Savaii."

La'auli made a promise to the people of Savai'i that the party is not preparing to be on the opposition side. Instead, they are preparing to be at the helm and lead Samoa in the next Parliamentary term.

A chief from the village of Fagae'e, Pepe Saua said he has been a strong supporter of the political party from the beginning.

"We are hoping for change and we want to see them deliver all the promises they have made not only for our island of Savai'i but for Samoa as a whole," Pepe told the Samoa Observer.

While Pepe acknowledges the work done by the current Government, he alleged it is ignoring some of the "very important" issues in the country. 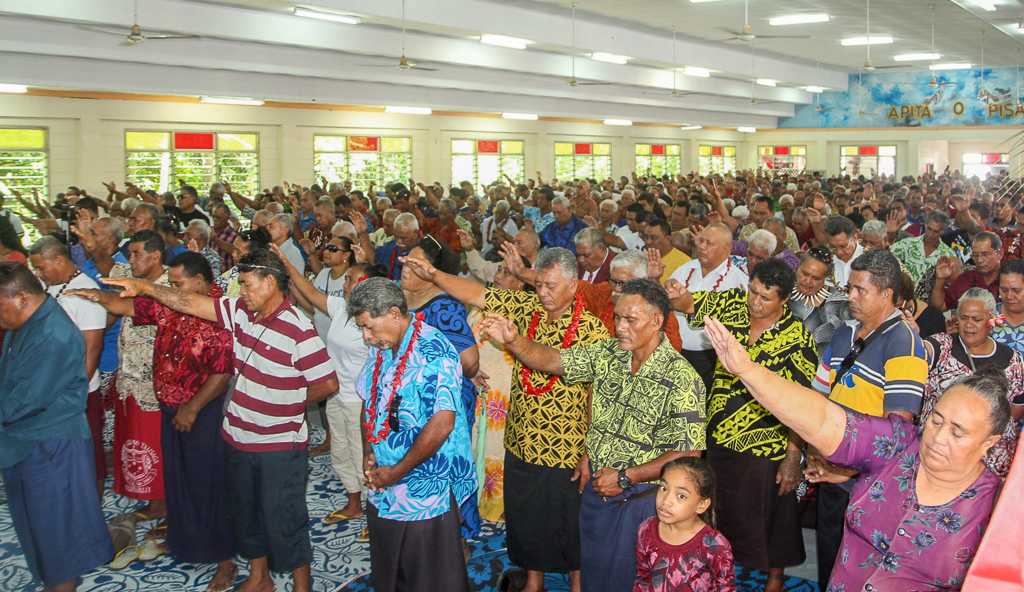 "The current Government has done a tremendous job in developing Samoa, but there are some areas in which they are ignoring.

"Most importantly, they are not hearing the voices of the people and what this country needs.

"So change is what we are hoping for. We need leaders who truly care about what ordinary people want.

"That's why we support F.A.S.T, we want leaders who listen to the voices of the people and are respectful towards the ordinary citizens of the country."

Nasareta Falesefulu from the village of Salelologa expressed the same sentiments.

"We've been supporters of F.A.S.T. since it was first launched,” she said.

"We need new people at the helm to lead our country; we need new ideas and new plans."

The mother went on to say that she was happy to hear about the political party's manifesto.

"The plans and policies proposed by La'auli and his political party are exactly what we need to focus on.

"We need to make laws and policies that will benefit every Samoan not just those on top.

"That is why we are hoping they succeed. My husband and I are supporting this political party and we wish them all the best with the upcoming election. May God choose the right leaders who will make this country better."

Pola Su'a from the village of Saipipi said he has been a strong supporter of the ruling Human Rights Protection Party (H.R.P.P.).

Nevertheless, he uttered that he welcomes the new ideas and plans by the new political party and is anticipating the outcome of the election.

"I've been a supporter of Tuilaepa and his Government.

"They have been chosen time and time again because of the amazing work they have done for our country.

"However, it's fascinating to see new ideas and new people rise up with the desire to bring change and make Samoa better.

"After hearing about the election plans F.A.S.T. has come up with, I think it's safe to say that I am supporting them.

"I wish them the best for the upcoming election, and I wish all the candidates the best. It would be interesting to see how this election will turn out and let us vote for change and for a better future for Samoa.

"It is our job to make a voice by voting for the right people and the right leaders. Let's not vote because of money and material things. Let's all pray to God for his guidance. All the best to everyone and best wishes to all political parties."

"I don't want to say that I am supporting a particular party. What I can say is, it is nice to see the variety of plans these different political parties are coming up with. I am looking forward to the outcome of this election.

"F.A.S.T.'s manifesto is very interesting and new. Something that reaches and touches the hearts of our people in Savai'i. These are great plans, and we hope they will deliver their promises if they win. I welcome any new ideas for the betterment of this country.

"I wish F.A.S.T. all the best and I hope our country will have a safe election next year. God will choose the right leaders for us, and we should all vote for the right people."

Lastly, a bus driver, Toese Taulima who was among the crowd says it's too early to choose which party he should support.

"It's going to be an interesting election," he told the Samoa Observer.

"We still have a couple of months to make our minds about who we should vote for.

"We heard some interesting promises from F.A.S.T. and we look forward to the outcome and the results will be.

"We should also not forget the hard work of the current Government and their efforts in developing Samoa. I believe it's time for a change, but it is up to us, the voters to make that decision.