Uiagalelei's conundrum is a normal occurrence for Samoan athletes who’ve been starring in American football at the collegiate and professional levels in the U.S. for decades, international rugby, and Australian rugby league.

Clemson University, which is in South Carolina, has never had an issue with the pronunciation of quarterback Trevor Lawrence's name.

But as a consequence of being diagnosed with COVID-19 he was unavailable for last week’s college game against the Boston Sea Eagles, leaving announcers with little time to get their tongues around his Samoan replacement’s name, 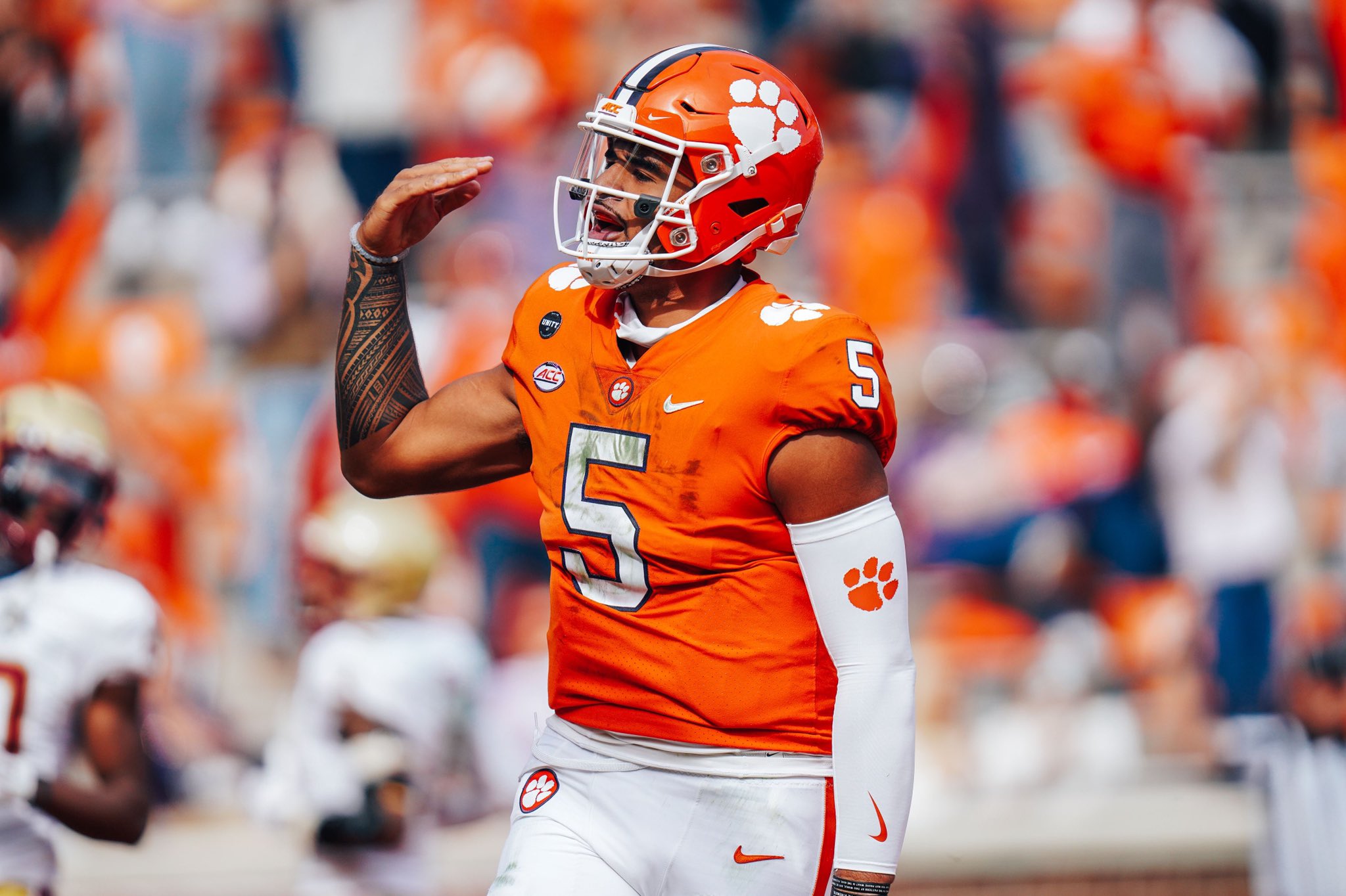 Anchors, sportscasters and analysts around the nation began their pronunciation work on the new starting quarterback D.J. Uiagalelei, according to a report in Sports Illustrated magazine.

Uiagalelei made it to the first start of his college career for the Tigers on Saturday against Boston and the freshman signal-caller did not disappoint.

He threw for more than 340 yards and completed 73 percent of his passes in helping lead Clemson back from an 18-point deficit in a 34-28 win.

Sports Illustrated explains: Uiagalelei, admitted that he has heard all possible variations when it comes to the pronunciation of his last name—which is properly pronounced, ooh-ee-AHN-guh-luh-lay. 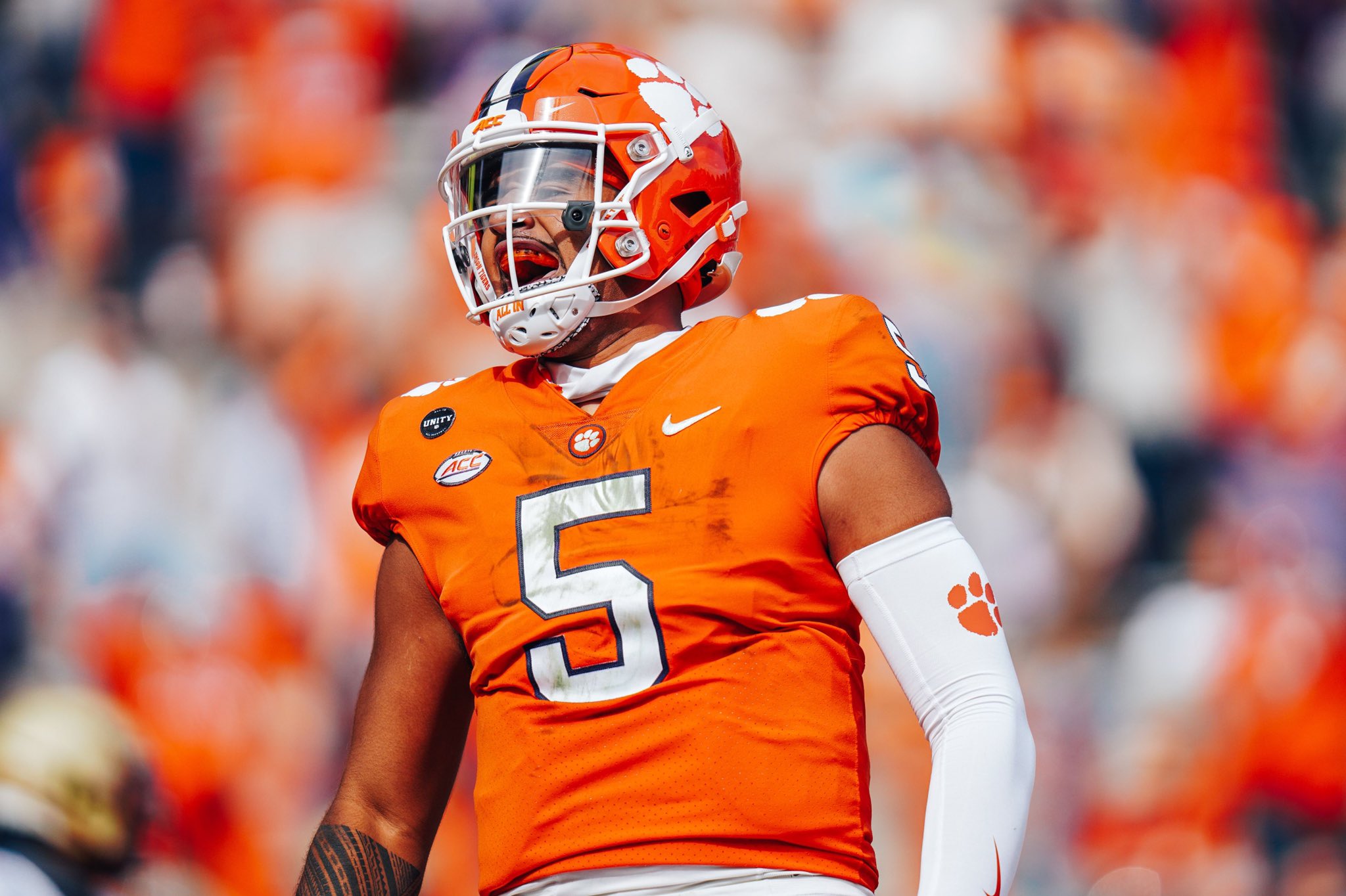 "I've heard a lot [of people butchering the last name], probably, I mean," Uiagalelei said during a Zoom press conference this week.

"But for me. I think like ‘Wiggly Lee’ [is the funniest]. I've heard Wiggly Lee one time, I forgot who said something like that. Like Wiggly Lee. I never heard that type of pronunciation I like her different pronunciation my whole life. I think that was one that was pretty funny."

One media member asked Uiagalelei if he minded being simply known as the ‘Throwin' Samoan’ in hopes of easing the toll on those who are forced to write or say his last name.

"You guys can call me whenever you want. It doesn't matter to me," he said.

The one nickname that Uiagalelei prefers is the one that he fell in love with while in high school.

In fact, he loves it so much that he has a massive pendant of the nickname that he wears on game days on a gold chain.

"Big Cinco (the Spanish word for five), I think it started off in maybe high school," Uiagalelei said. 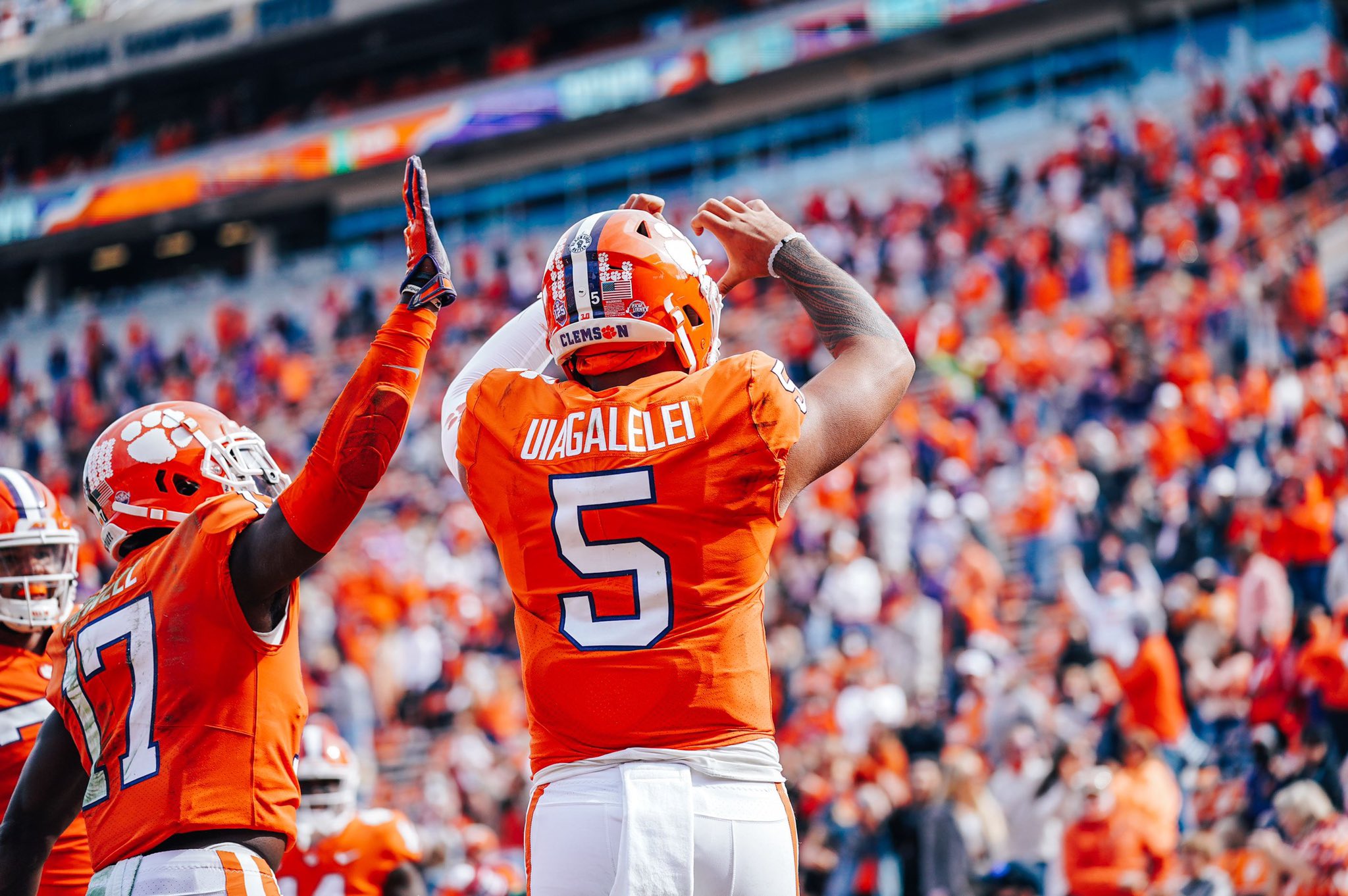 "I think some of the players called me cinco, like five, and so on. Some called me just Big Cinco. I just heard him like, 'This pretty cool,'” he said.

"I started like putting a hashtag on it on my Instagram, like Big Cinco, and then eventually I got I made. Got it made into a chain, I got a pendant and I like wearing chains."

The Clemson Tigers have a 7-0 record this season.

They are ranked first in the U.S. for college football.

“I’m forever grateful for every road HE has paved for me,” Uiagalelei wrote on his Twitter account on the weekend.

Uiagalelei is the son of American Samoan native Dave Uiagalelei and Tausha Uiagalelei.

He will start in Clemson’s game against Notre Dame next week.

When she found herself tongue-tied over the pronunciation of some Pacific island players' last names she cracked what she thought would be taken as a light-hearted joke, saying "hooka looka mooka hooka fooka" on air last June.

The remark was picked up by the Australian version of the British newspaper The Daily Mail which characterised Molan's remarks as racist in nature. She sued for defamation.

Molan doesn't have a "racist bone in her body" her barrister, Sandy Dawson, argued in court.

Molan's remarks centred on an ongoing story about disagreements between Australian commentators Ray and Chris Warren about the proper pronunciation of the name of the Manly Sea Eagles forward Haumole Olakau’atu.

Molan claimed the story portrayed her remarks in a misleading light and exposed her to an online bullying campaign.

The defamation matter is ongoing and will next be heard in court next year.