The Samoa Cancer Society has done awareness on cancer at the Peace Chapel Christian School.

The awareness on Tuesday was in response to a request from the school for a team from the society to visit the school.

The awareness at the school coincided with the Year 4 students presenting gifts to a cancer survivor, Julius Maiava of Se’ese’e.

Samoa Cancer Society Chief Executive Officer, Su'a John Ryan, told the Samoa Observer in a telephone interview that the school reached out to the society and he acknowledged the principal, teachers and students for making it happen.

He said the school wanted to assist the cancer survivor and he ended up becoming the recipients of gifts. 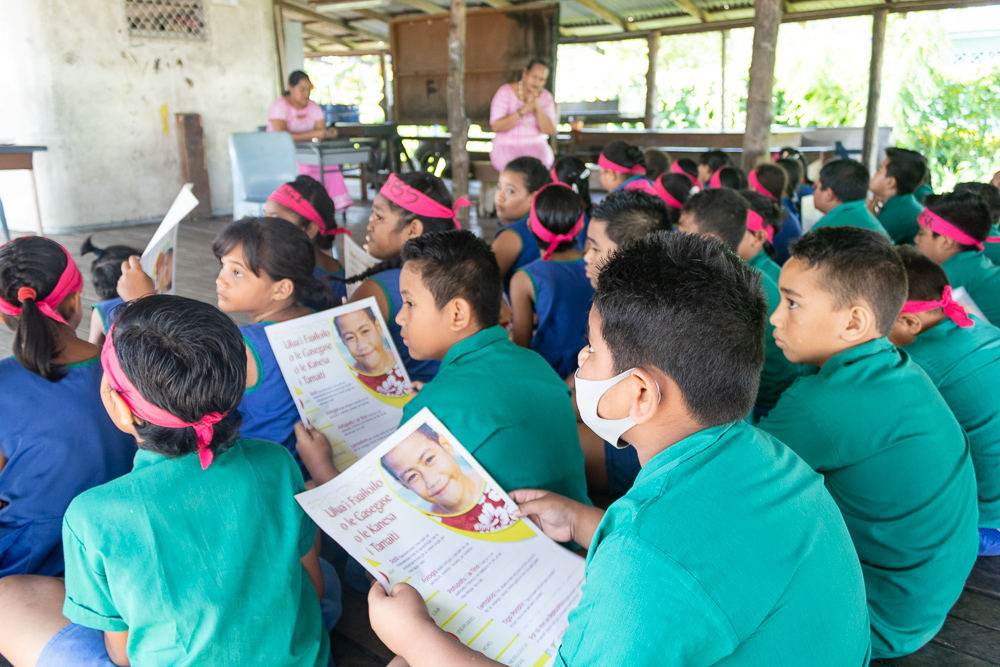 The C.E.O. added that they are excited that the younger generation is now more engaged and are not just aware that cancer is in the community.

But they are also developing this sense of wanting to reach out to help out those who are around them.

He confirmed that there are other schools on the list for the society’s awareness outreach programme.