The all women Fautasi o Toa crew will be rowing their way into the history books on Friday this week while shining the spotlight on violence against women and girls in Samoa.

They will go up against four all men crews: Marcellin [blue], Alfred [green], Dieter [red], and Darnand [yellow] in the most anticipated event of the St. Joseph's College 70th anniversary celebration. 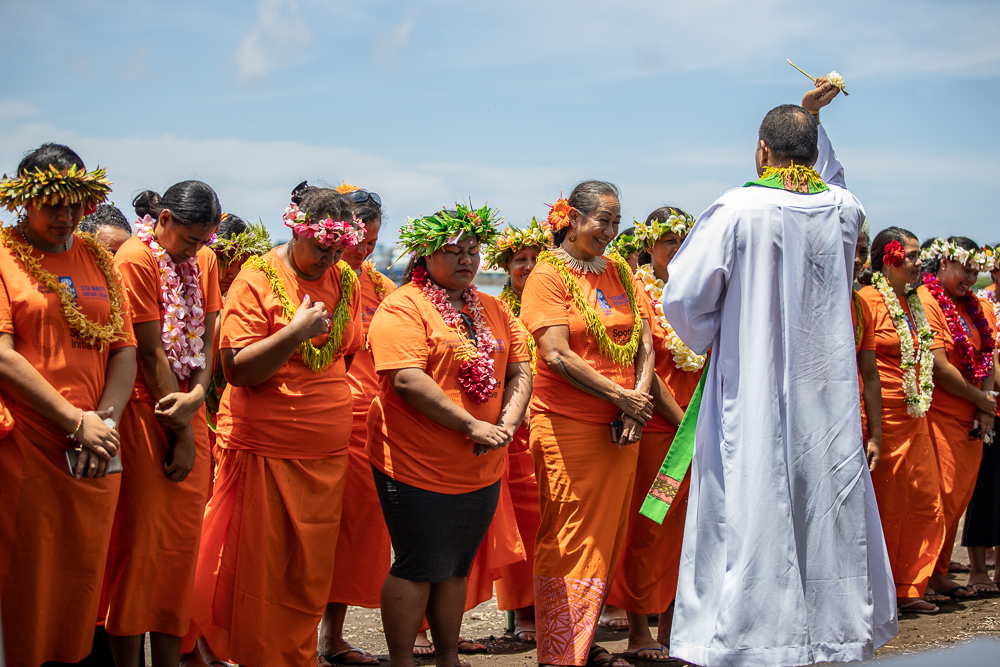 Prime Minister, Tuilaepa, Dr. Sailele Malielegaoi said that it’s a day of celebration for our Samoan women who have stepped into a traditional sport and took up a challenge that was issued to their master skipper, Vaimasenuu Zita Martel, by the Marist establishment, on the 7th of October 2020.

Tuilaepa said the challenge is a wake-up call for Samoa to stop and eliminate violence against women and girls. 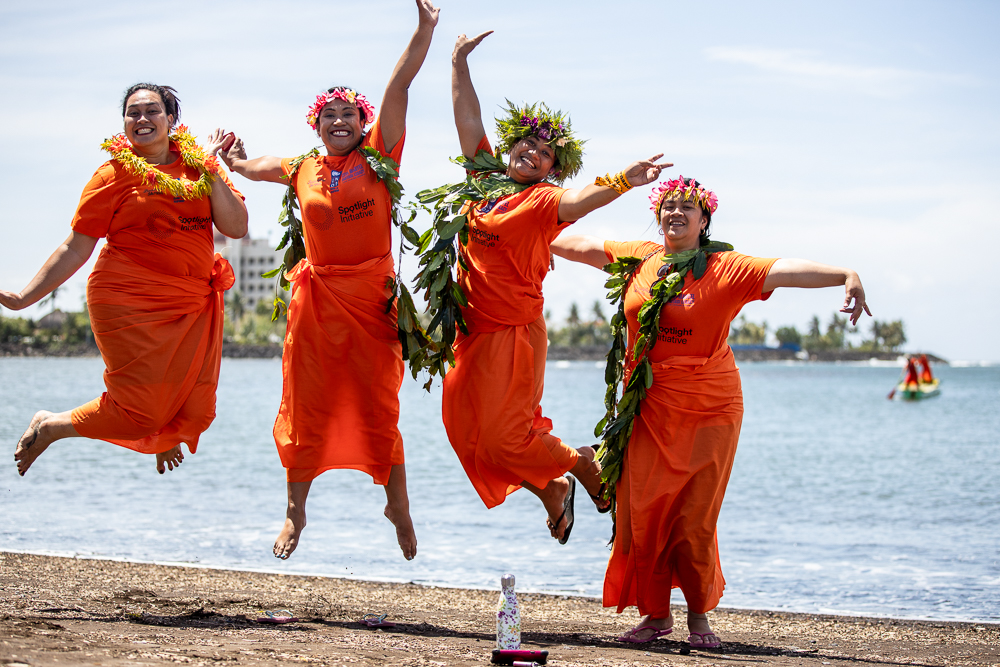 “It is also a challenge for the leaders of our country, churches, and villages,” he said.

He acknowledged the U.N.D.P. Spotlight Initiative for supporting the challenge.   In addition, the Prime Minister added that there needs to be more champions like the all women longboat skipper, Vaimasenu'u. 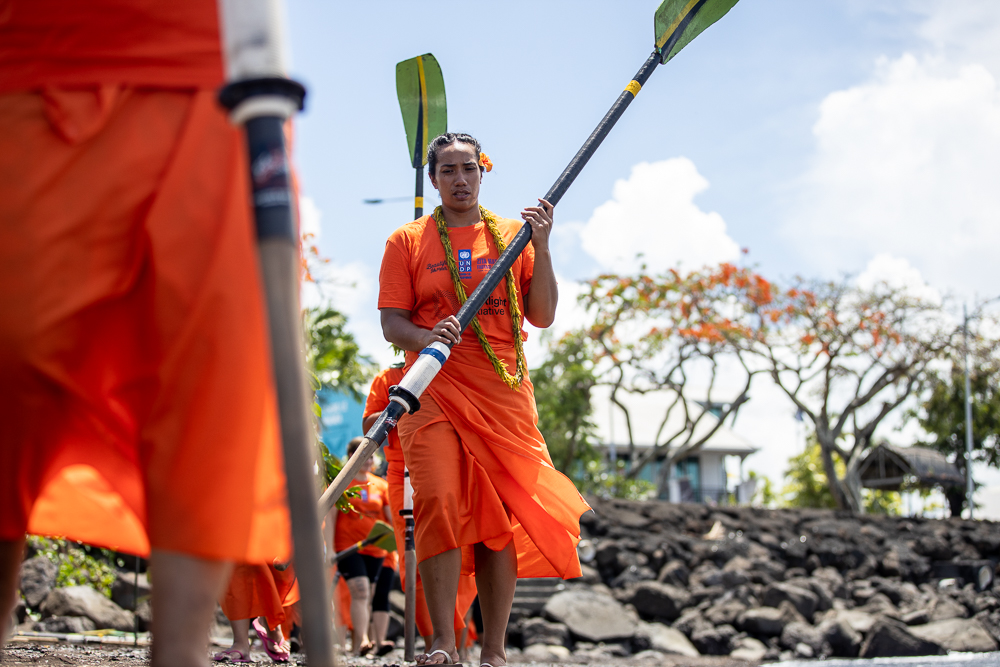 The Fautasi o Toa brings together women of different ages and backgrounds who want to be part of an age old tradition, and to be a fautasi rowers. That passion is now combined with a powerful message of shining the spotlight on violence against women and building women champions.

The vessel used to get that message across – the fautasi, which literally translates to build as one. It will be the first time such a race will take place.

The U.N.D.P. COVID-19 Response & Recovery Project, and the United Nations and European Union’s Spotlight Initiative – in response to the surge in domestic violence cases during this COVID-19 period – have partnered with Vaimasenuu to make this race happen. 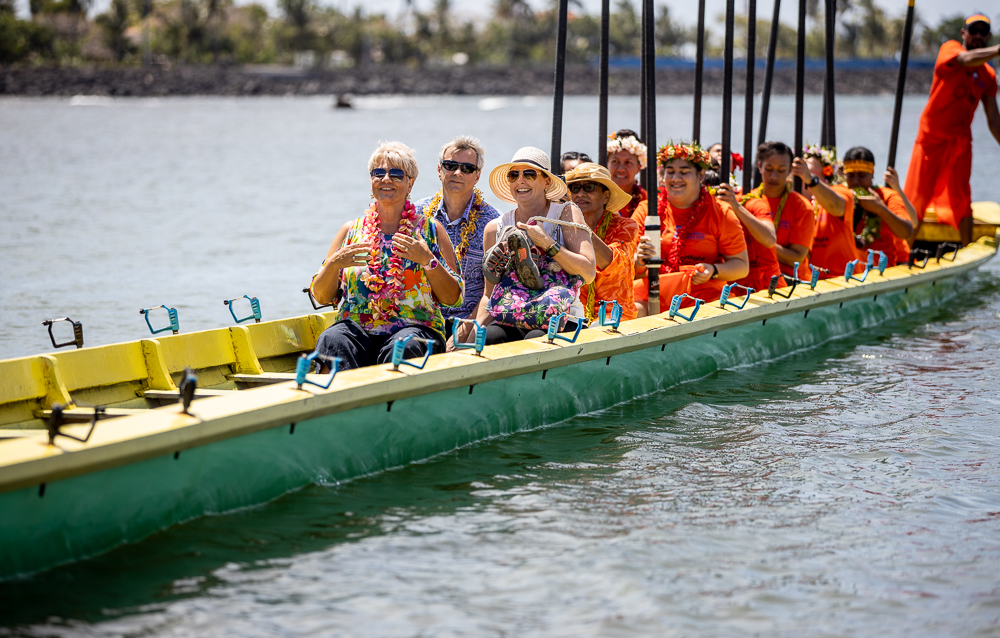 The All-women’s skipper said that she chose the name “Fautasi o Toa”, or the Longboat of Legends, because it is an empowering name.

“It clearly states that this longboat team is made up of legendary women, of women champions, of women who are scared but doing it anyway, of women who are fiercely protective of their own. The team loves the name because it drives them to excel to becoming a courageous Lady Toa. 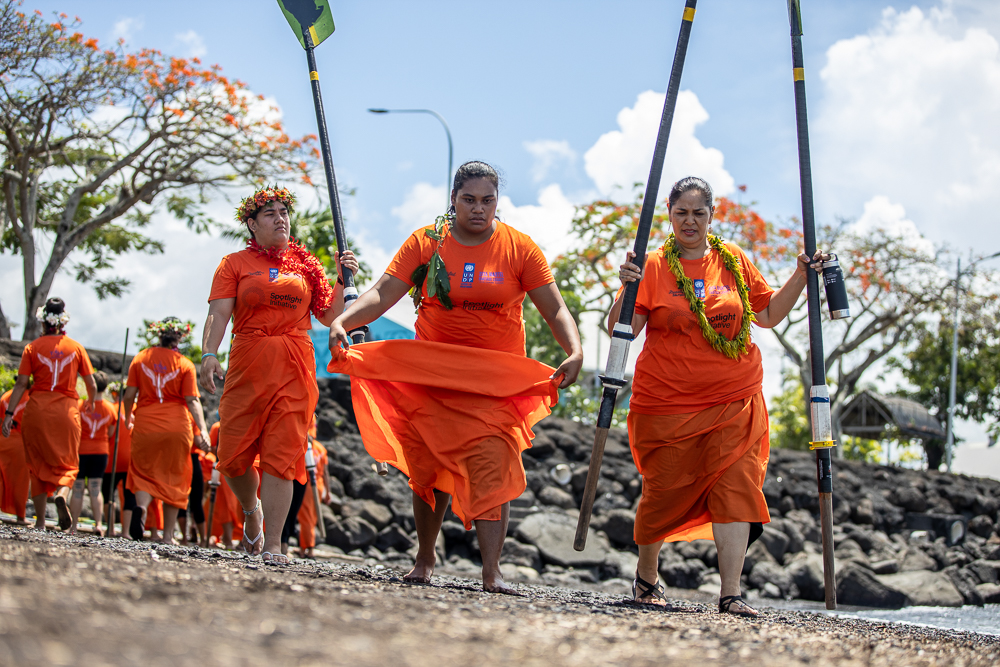 She added that her team will be representing the colour orange which advocates for the elimination of violence against women.

This is part of an outreach and awareness campaign to highlight the issue of violence against women and children and building women champions.

It also coincides with the onset of the 16 Days of Activism Against Violence Campaign which promotes zero tolerance for violence against women and children, from November 25th to December 10th.

The Fautasi o Toa Challenge hits right at the heart of this global campaign.

The U.N.D.P. Resident Representative, Jorn Sorensen, said that this is an excellent example of using traditional sports as a vehicle to address the issue of domestic violence – which saw a concerning spike during the COVID-19 lockdown period – and gender biases that continue to discriminate against and prevent women and girls from reaching their full potential.

He added that the fact that the longboat is made up entirely of women, and captained by a champion female skipper, and competing with the men in the same co equal participation, and levelling the playing field for both men and women, is very much possible.

A project to support the safety of local vendors selling their agricultural produce, seafood and cooked meals on village roadsides was launched last Friday.