Women from Upolu have shared stories of perseverance where they have overcome failures, disappointments; rejection and criticism to become self-employed and provide for their families.

Some of the women shared their stories during the 10th session of Self-Esteem Workshops conducted by Samoa Victim Support Group (S.V.S.G.) for the self-employed nofotane women. The project is funded by the European Union. 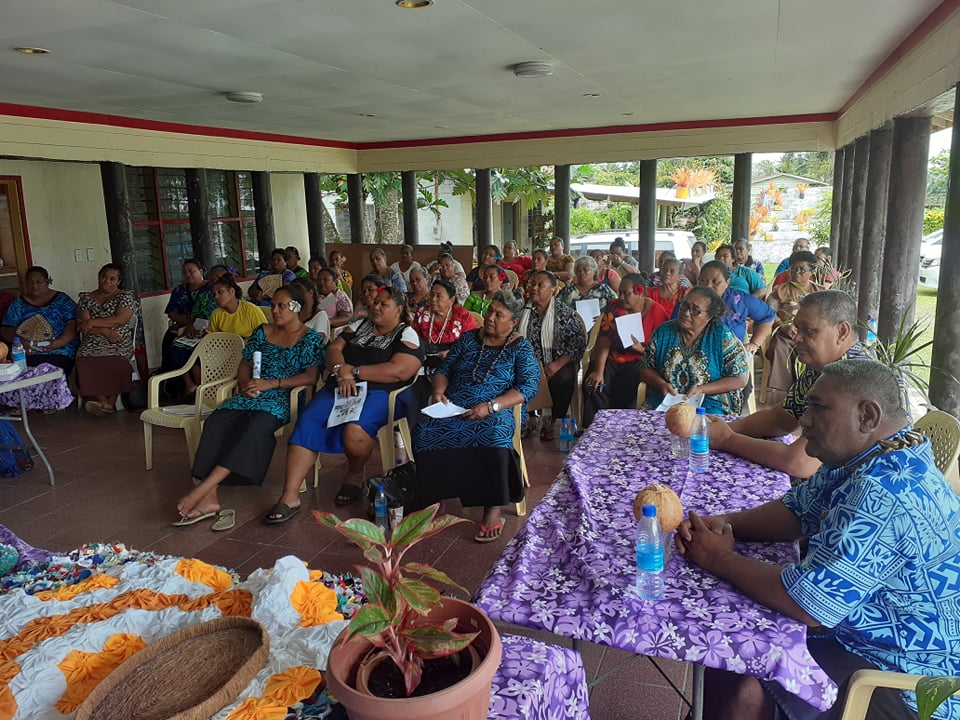 While 75 per cent of the participants attended previous economic empowerment programmes carried out by S.V.S.G., the rest were nofotane women who were empowered by the other women themselves, which highlighted a significant buy in for the project at the village level.

Some of the women shared that to actually believe in your own self is more than simply believing in your own ultimate success. It is a total mindset change, as the positive overrides the negativity.

The ripple effect of not only being empowered, but to change mentalities along the way is the sustainable aspect that the project seeks to achieve; and the nofotane women have exceled in it tremendously.

However, she learnt fabric printing, commercial cooking and the basics in financial literacy while being encouraged to believe in herself through the self-esteem workshops.

For a year, Ms. Faafetai became a street vendor, selling her baked products from village to village.

According to Mrs. Faafetai, despite being tired from walking on a daily basis to sell her goods, this did not discourage her, as much as the ridicule and the snide remarks from others.

She also opened a savings account during the second year of her business and today, her savings enabled her to open a small shop in front of their house.

Furthermore, she no longer walks for miles to sell her baked goods, but is now sharing her baking skills with other nofotane women to support themselves and their families.

On the other hand, Kolopa Fale, a 70-year-old mother from Satapuala shared on being an unemployed nofotane woman survivor of violence.

Ms. Fale said that she was physically abused by her husband while enduring the verbal put down from her in laws.

She added that her life was filled with fear and depression, as she forced herself to sleep in the outside kitchen as her refuge from the abuse.

Helpless and unemployed, the 70-year-old returned to her family at Satapuala with her children, where they started anew.

The Nofotane Programme taught Ms. Fale that she is more precious than jewels.

And it triggered a will within her to work harder and now she owns a small shop; her husband followed her and the children to Satapuala, and she took him in.

She also had a forgiving heart and a positive mentality towards life, after conquering the challenges that came with being an unemployed nofotane woman.

The S.V.S.G. President, Siliniu Lina Chang thanked the funding support from the European Union through the Civil Society Support Program.

“S.V.S.G. continues to help women of courage such as Aso and Kolopa and many others, whose lives are the living proofs of how a positive mentality sustains women empowerment.”

Family home lit up with hope

A family of six living without electricity and water supply remains optimistic despite facing many obstacles.

The People’s Republic of China has donated medical equipment to Samoa to deal with the threat posed by the COVID-19 pandemic.