Puleono Blues have announced their final squad to face the Tumua Maroons this Wednesday at the ACP Marist Stadium, Lotopa for the first-ever Island of Origin clash in Samoa.

The team’s head coach, Vaisigano David Masoe, told Samoa Observer in a recent interview that their preparations are going well and their hope to win the tournament as a way of thanking their supporters back in the big island.

"Training and preparations are well underway. Every team's dream is to win the competition so the same goes for Puleono,” he said.

“If we win the tournament, that would be our way of thanking the big island for the unending and continuous support on us.

"Puleono is excited about the game and we are prepared for it.”

Puleono said their team list would be announced Wednesday, however, this newspaper sighted the team list last Saturday at the ACP Marist Stadium, Lotopa. 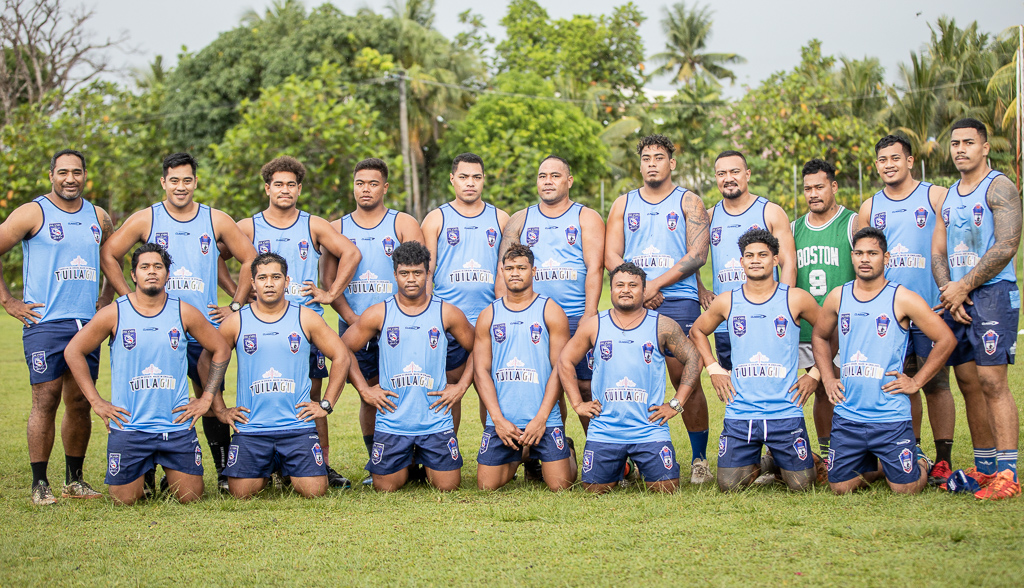 Samoa Observer caught up with the Puleono Blues team at their training at the Apia Primary school field at Malifa.

Their management officials are Vaisigano David Masoe as the head coach, Leitufia Mati Luamanuvae as the assistant coach, Lemalu John Lemisio as the trainer, Faasuaga Fanueli as the technical advisor, and Reverend Pita Toleafoa the team’s spiritual advisor.

The Island of Origin will kick off this Wednesday at the ACP Marist Stadium, Lotopa and will run for three weeks. It will be hosted by the Samoa Rugby League and their sponsors.

• The article was corrected at 2.45 PM Monday, November 2, 2020 to reflect the change in venue for the Island of Origin tournament to the ACP Marist Stadium, Lotopa.