Coral fragments are collected and tied to rope to form a nursery (Photo: Supplied)
Education

Students of Samoa Primary School had their first experience of coral gardening during a two-day programme held by Artificial Reef Samoa at the Taumeasina Island Resort.

The workshop involved more than 30 students from Year 8 in the process of coral restoration, coral nurseries and gardening across Friday and Saturday.

The process, known as coral farming, or gardening involves taking small fragments of coral and growing them.

Speaking to the Samoa Observer after the programme came to a close, a spokesperson for the project, Fonoti Ferron Fruean said the main focus is on marine conservation, youth empowerment, community awareness and development as well as research 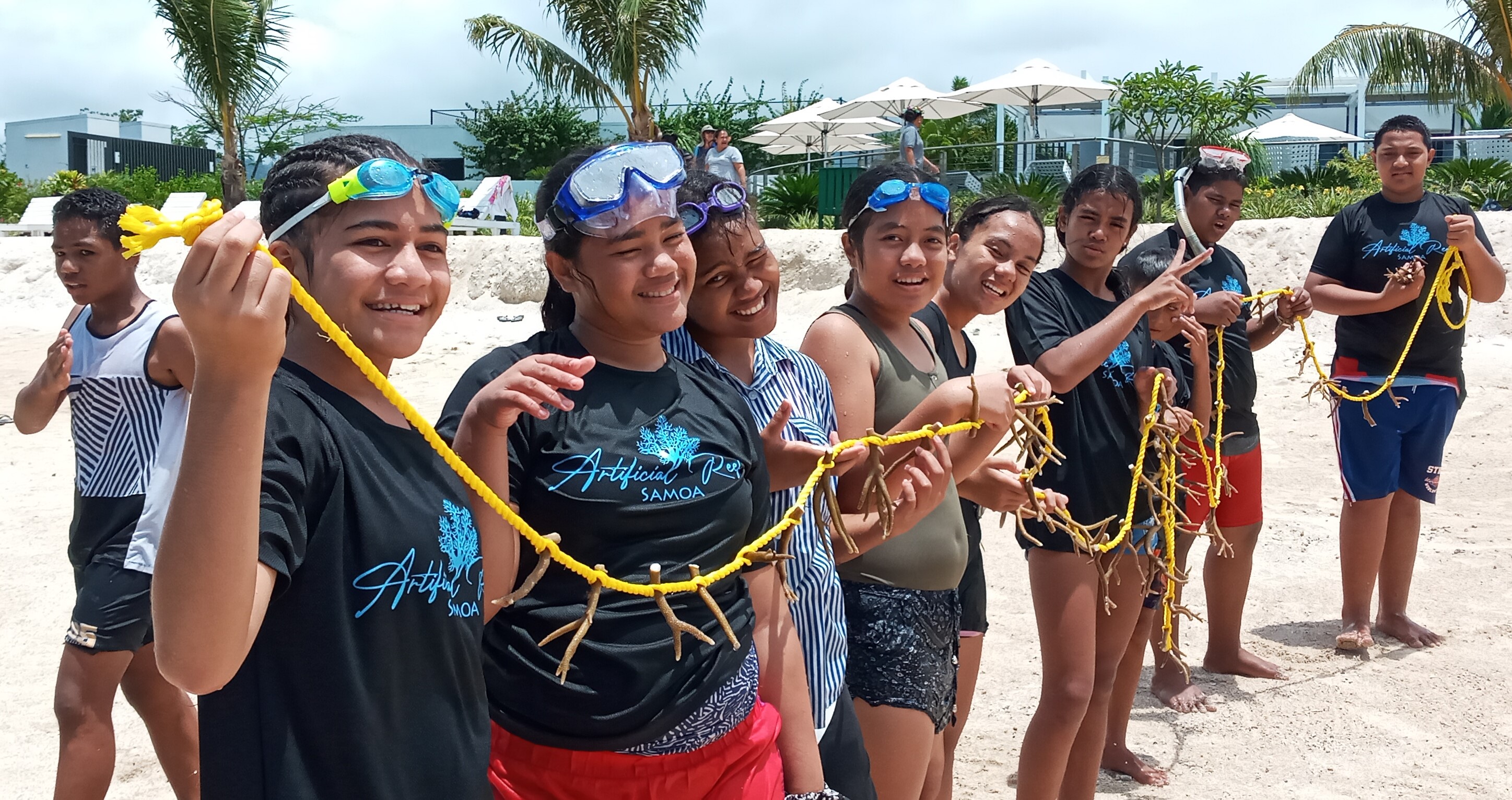 "This work is very important and it also has the potential for [creating] income-generation [opportunities] and alternative livelihoods in ecotourism,”  he said.

“Adopting and adapting the best practices being implemented elsewhere to Samoa’s local situation is important and follows the slogan: ‘Thinking Globally and Acting Locally’.

"The main products that we are promoting [...] include the establishment of coral nurseries, conducting coral gardening and also in fabricating artificial reef units that are then deployed in [...] barren featureless areas of reefs and lagoons thereby creating  immediate fish shelter and habitats."

The coral nurseries built by the students will help raise climate-resilient super corals, which have increased heat tolerance during a time of rising sea temperatures.

In one day, the group were able to attach a total of over 300 coral fragments from nearby reefs onto a ‘coral rope nursery’ together with the students of Samoa Primary School.

"The current rope nursery that we have deployed at the Taumeasina Island Resort is able to hold a capacity of 1,000 coral fragments. With 300 completed with Samoa Primary School students, we have space remaining to attach a further 700 coral fragments in the near future," said Fonoti. 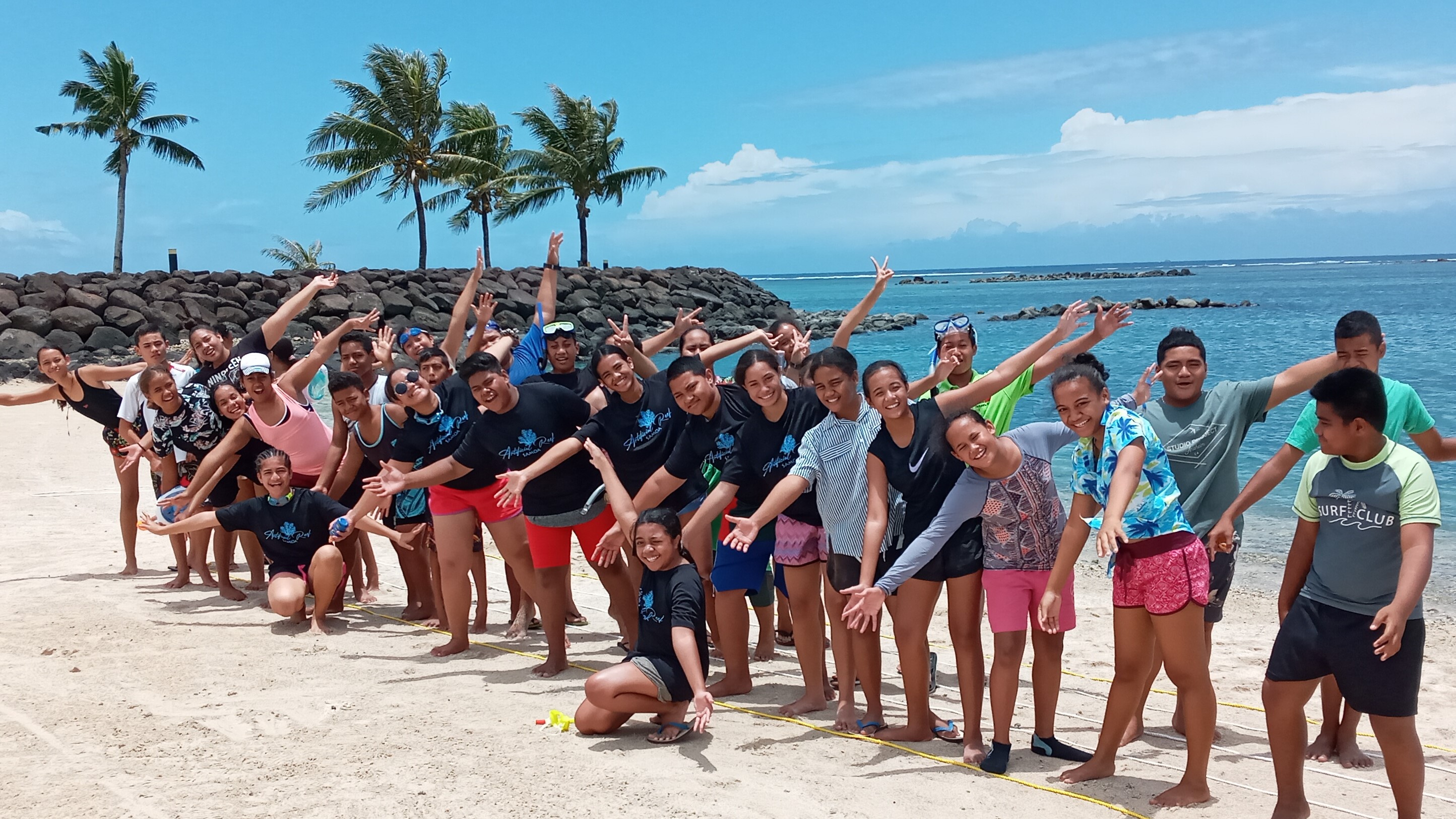 Fonoti acknowledged the continued support of the Taumeasina Island Resort as well as the American Embassy whose recent funding enabled procurement and the implementation of the specialised equipment and materials needed for the programme.

Fonoti also acknowledged the support of Eco Current Consultancy through Maria Sapatu–Kennar who assisted with presentations given to the students on marine biology and conservation as well as threats to the coral and marine environment caused by climate change. 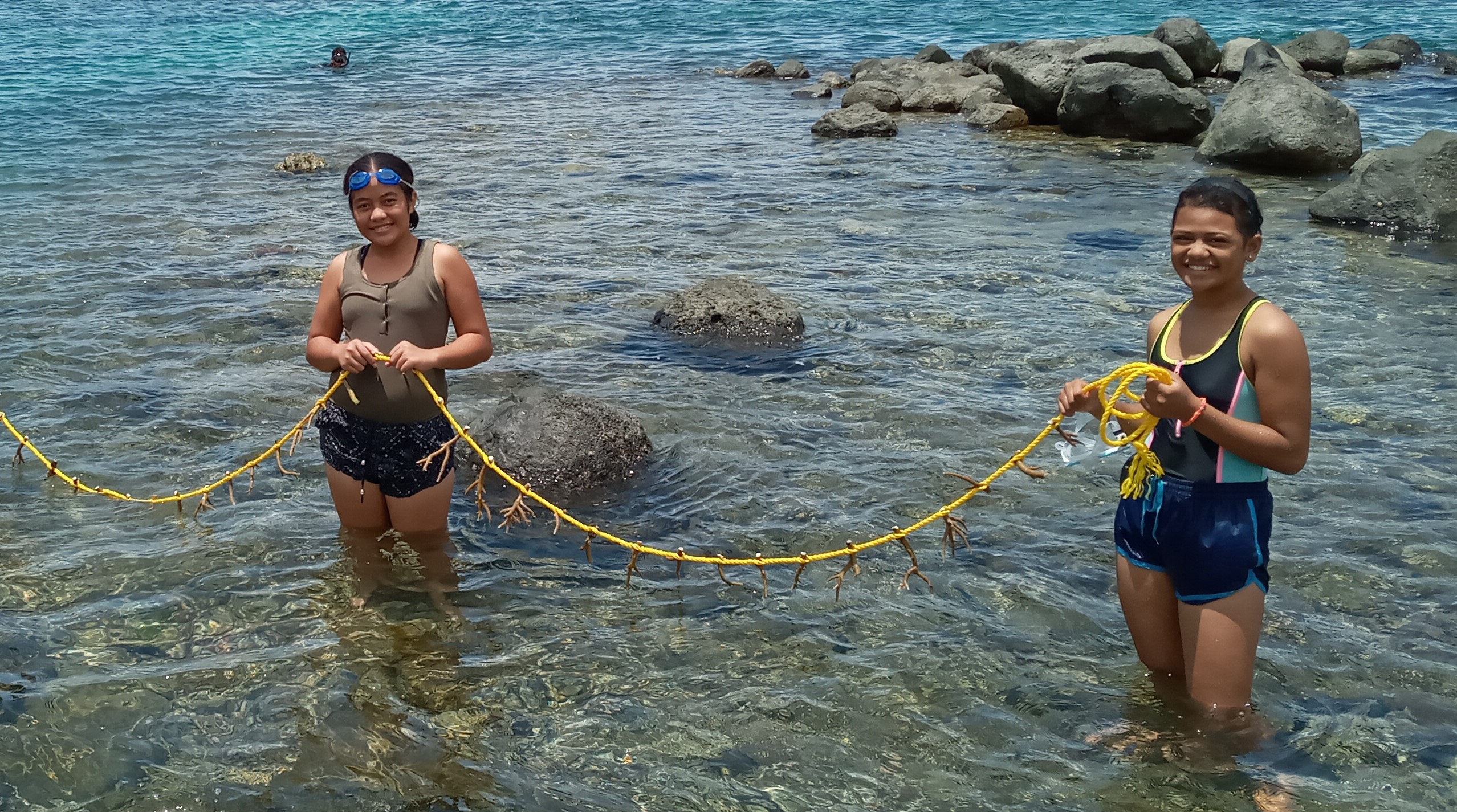 Samoa Primary School is the second school to be featured in the Artificial Reef Samoa programme this year after students from Robert Louis Stevenson College participated in August.