The Vaiaata Prison project was stopped by the Ministry of Works Transport and Infrastructure. (Photo: Sarafina Sanerivi)

Former independent Member of Parliament, Olo Fiti Vaai is calling on the Office of the Attorney General to look at prosecuting people involved in overseeing the Vaia’ata Prison project.

The M.P., whose seat was vacated on Thursday of this week, has alleged the troubled project has broken federal laws.

The calls come after the Government had stopped and then restarted the project, which was revealed to have not gone through a tender process and undergone construction for months without a permit.

Earlier this month the Finance Minister, Sili Epa Tuioti, said the corporate structure behind the public building would be scrapped and put out to tender.

“It should have been tendered in the first place,” said Sili who is also Chairman of the Tenders Board.

But the Cabinet overturned the decision by the Tenders Board.

The prison’s corporate structure has been described as highly unusual by public finance experts.

The Minister of Police and Prisons, Tialavea Tionisio Hunt, says no private company is involved in the building, which he says costs $600,000 compared to $1.7 million for a privately constructed structure.

But the project has been beset by regulatory problems.

It was cancelled by the Ministry of Works Transport and Infrastructure (M.W.T.I) last month after it was revealed construction on the site had continued for nine months before it received development approval.

Speaking to the Samoa Observer, Olo said the Government had a chance to set an example by dealing with the people involved in the prison’s construction.

Olo said that those in high positions in the Government should be held accountable.

Olo said disciplinary action needs to be taken against the Prisons Minister, Tialavea Tionisio Hunt, and other senior figures within Government who allowed the project to proceed without authorisation.

“There was no permit, no tender and he should have known all of this,” Olo said.

Olo alleged Police and Prisons Commissioner, Fuiavailiili Egon Keil (who took charge of the Prison system only after construction on Vaiaata was well underway) should have intervened to stop construction of the project. 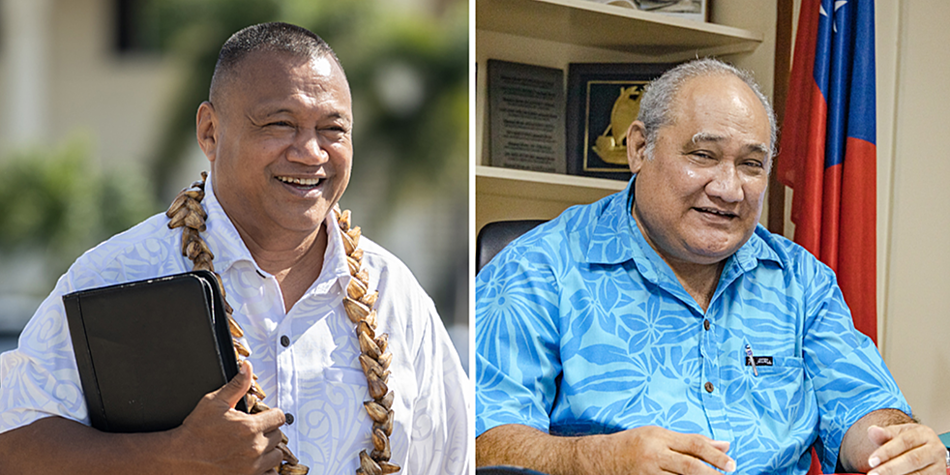 The Ministry of Works, Transport and Infrastructure’s (M.W.T.I.) Chief Executive Officer, Magele Hoe Viali was also accused by Olo of doing “nothing” to stop the project in spite of obvious irregularities.

“There was no permit for the works and there was a recommendation from an internal engineer that the materials used were not [aligned] with the project, this means the project should have been stopped ages ago,” he said.

Magele did not respond to requests for comment sent on Friday.

Olo also said the Chief Executive Officer of the Ministry of Finance, Leasiosio Oscar Malielegaoi, should have insisted on the project being tendered.

Leasiosio previously refused to comment on why the $500,000 project was not tendered and instead referred questions to the Minister.

“The Attorney General needs to look into [the project] and see if [people] should be charged,” said Olo.

“They have not followed policies and laws.”

Olo said if Government officials below management are being charged, taken to court and penalised, those in management should also be held accountable in the same manner.

“These people are being implicated by the laws they break and yet what they are taking does not come close to the amounts we are questioning in regards to these people,” he said.

“I am asking the Attorney General as the head of the prosecution, what are you doing about this? Is it when they are leaders of the country, you let it slide, while other public servants in the juniors, you don’t?”

He also said the Government should follow its commitment to good governance, accountability and transparency.

Work on the site started in late March or early April last year - soon after the Prime Minister Tuilaepa Dr. Sa'ilele Malielegaoi and six other Cabinet Ministers attended a “groundbreaking ceremony” at the site.

A development permit was only issued in November.

The Planning and Urban Management Agency (P.U.M.A.) Act 2004 states that whoever carries out development needing development consent without obtaining it is guilty of an offence.

“I made the call for the project to proceed without a permit," said Minister Tialavea in an interview shortly after the M.W.T.I. intervened to halt construction.

The  Prime Minister Tuilaepa Dr. Sa'ilele Malielegaoi confirmed the Cabinet’s decision to resume the project in his weekly radio programme, saying that the use of the prisoners will save the Government money and it is the Cabinet and not the Tenders Board that has the final say on the fate of projects.